Prime Minister Narendra Modi has recommitted to continue to lead the fight against climate change at his meeting with Secretary-General Antonio Guterres, according to an official organising September’s UN summit on climate change.

Modi made the pledge when he met Guterres in Biarritz, France, on Sunday on the sidelines of the G7 meeting, Guterres’s Special Envoy for the 2019 Climate Summit, Luis Alfonso de Alba, said on Tuesday.

Speaking to reporters about the upcoming high-level global meeting, de Alba said that Modi “recommitted to continue to lead on climate and particularly dealing with solar energy (for) which they have a huge, very important initiative”.

Modi initiated the International Solar Alliance, which has 122 member countries and aims to promote the use of solar power.

Domestically, India has already installed over 28 gigawatts of solar power and has a target of 100 gigawatts by 2022. 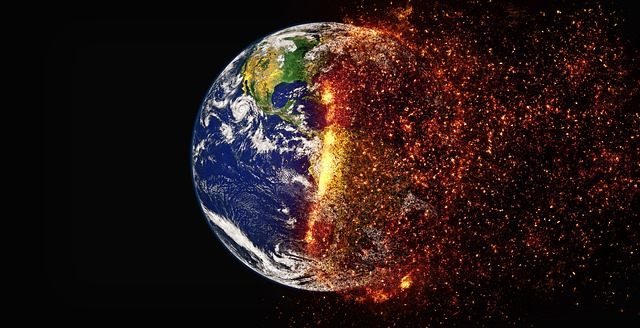 “The collaboration with India is also quite important (it) being one of the major emitters,” de Alba said.

He said that India would be leading the Industry Transition Coalition along with Sweden at the three-day summit in New York before the start of the annual high-level meeting of the General Assembly.

The segment is to involve industries in fighting climate change and to cut down their emission of greenhouse gases.

Six or seven CEOs from chemicals, cement, steel, aluminium, trucking, shipping, aviation sectors are expected to make commitments to net-zero emissions of greenhouse gases by 2050 during this segment of the summit, according to the meeting’s programme.

De Alba noted that industry was getting very involved in the fight against climate change and gave the example of India.

He said that during a recent visit to India he participated in a meeting “with a huge number of companies” from the biggest like Tata and Mahindra to smaller ones and the cement industry that showed commitment to cutting carbon emissions.

While the global warming and climate change were getting alarmingly worse since the 2015 meeting that fashioned the landmark Paris Agreement to fight climate change, the political will to do it was flagging, de Alba said.

Even the commitments made in Paris by nations to cut greenhouse gas emissions may prove to be inadequate to avert a climate disaster, he said.

But “the level of political will, compared to the time we met in Paris, is lower and is something that worries us, concerns us (and) we need to continue to work with all member states and we need to encourage them to be full part of the solution,” he said.