The Western Australian Parliament House hosted a round table conference on Thursday 22 February in Perth to discuss the proposed amendments to citizenship laws. 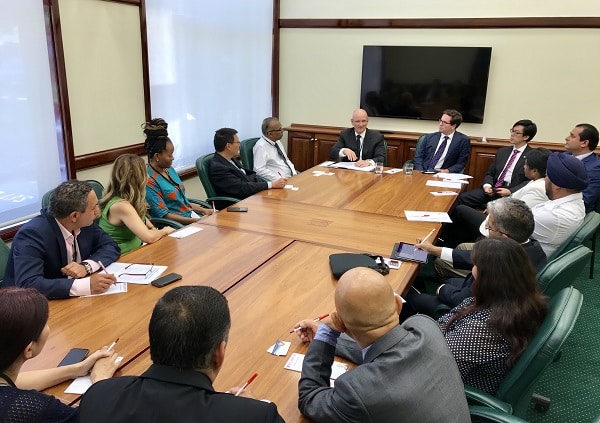 Labor’s shadow minister for Immigration and Border Protection Shayne Neumann, together with Matt Keogh, Federal Member for Burt; Yaz Mubarakai, State Member for Jandakot; and Pierre Yang, State Member for South Metropolitan Region joined immigration advocacy organisations to hear their say on the subject. The forum was attended by representatives from the African, Indian, Chinese and Arabic migrant communities.

Migrant community leaders raised concerns with the Parliament leaders about the ‘broken promises’ over the temporary sponsored parent visa, work visa and attempts to change the citizenship laws. With a number of changes to the employer-sponsored programs effective January 2018 and many more taking off in early March 2018, community members are confused by the information circulating around.

Although there are misgivings and even hostility from certain quarters about immigrants, statistics reveal a different picture. The 2017 Australian Bureau of Statistics report disclosed that 28.5% of Australia’s estimated resident population was born overseas. The top five groups of immigrants were from the United Kingdom (5%), New Zealand (2.5%), China (2.2%), India (1.9%) and Philippines (1%). “With such a widespread and emerging immigrant population, migrants are part of what makes our community such a great place to live,” said Keogh. Promising to invest further time for community consultation, Neumann added, “All Australians and newly arrived migrants have an equal stake in the ongoing success and prosperity of the country.”

The Australian Citizenship Legislation Amendment Bill 2017 has witnessed staunch opposition from the Labor and the migrant community. Under the proposed amendments, a set of new requirements for citizenship were made. While conversing in basic English is understandable and could be made mandatory under the requirements of general living here, the need to complete a competent English test to demonstrate English language listening, speaking, writing and reading skills was strongly opposed by most participants.

“The objective of the round table conference was to consult with community members and gather firsthand information about their views on this topic,” said Mubarakai. Neerja Dewan, an accredited migration agent, was happy to initiate a few topics during this discussion. For nine years, she has been working with individuals arriving in Australia on humanitarian grounds and said that she hoped to seek clarity on the Safe Haven Enterprise visa (SHEV) (subclass 790) processing timeline as the recent proposals have caused confusion in the minds of eligible applicants. “With a high number of Special Humanitarian Programme applications, there have been several delays, taking years for applications to be decided,” she said. 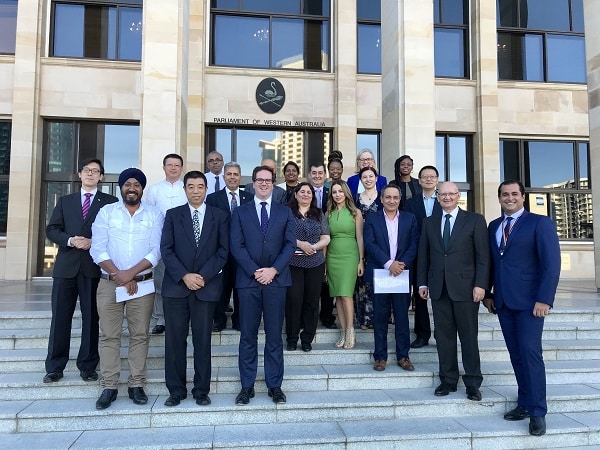 Neerja’s husband Tarun stated that Australia needs to divert more attention towards attracting foreign investors into its education sector and workforce. “Currently, Australia has about 383,000 students under the student visa application scheme and of that, 5.2 % are students investing in Masters or Post Graduate Research courses. We need to invest on this group mainly,” he said.

Neumann explained that the current policies need to be strengthened to ensure that Australia’s talented students have the capability to work and respond to the needs of emerging industries and global competitiveness. “What we see currently is a trend of several applications lodged in Australian vocational and training certification courses by overseas applicants who end up doing odd jobs, purely for the sake of settling here for the long term. When qualifications don’t match the workforce requirements, there is long-term skill shortage. Labor wishes to provide skilled students with improved support and resort amenities,” Neumann added.

The Department of Immigration has revealed that out of the 190,000 migrants, more than two thirds corresponded to skilled migration under the current migration program. These applicants are subject to high standards of character checks and health tests before receiving residency here. “Admit it or not, migrants add high level of human capital investment as they are also more likely to be working and push up the average income per household level in Australia. Definitely, delaying their citizenship rights is not the solution,” added Keogh.

With their offices being constantly contacted for migration-related concerns, federal Labour members have been quite busy with community consulting. “Our offices are always open and we are here to listen,” said Keogh.