From cuisine to culture to films, the Indian influence in Malaysia was prominent at the festival, reports VINAYA RAI 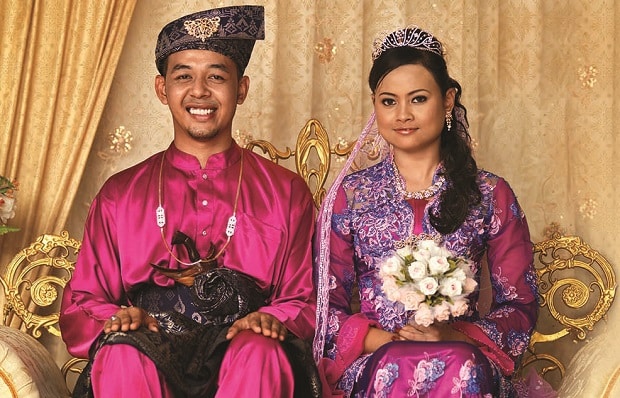 South Australia is called the ‘Festival State’ and OzAsia, one of the major annual festivals, has grown from strength to strength in recent years. Started seven years ago to culturally engage with our Asian neighbours, today it is the country’s pre-eminent Asian-Australian festival. It is a celebration of the cultural diversity of Asia and brings across all art forms, theatre, dance, music, film and literature, as well as food, both traditional and contemporary to Australian shores.

Last year, for the first time, the concept of a focus country was introduced, and that was India. This year it was Malaysia. In keeping with the mixture of cultures that can be seen there, the focus was on Malay, Chinese as well as Indian cultural influence on their arts and culture. Along with the focus country, other Asian countries too brought in their cultural offerings. Local community members also participated enthusiastically, and especially in the Moon Lantern Festival which is community event. What makes the festival so unique is that there are international stars and premiere shows, Asian-Australian collaborations, and also local involvement. It is a fortnight during which something happens every day in various venues.

The Indian community has been involved in the Moon Lantern festival and various other workshops, and Malaysians of Indian background have done their bit to highlight their culture this year. A wonderful event called Three Weddings and a Cook was held in the Migration Museum where in the ceremonies, food and customs of Malay, Chinese and Indian weddings could be seen and enjoyed. It included cooking demonstrations, craft and even dance workshops. But the most special attraction at this event was that the Indian wedding was a true wedding, with a couple really being married according to Vedic rites that day at the venue! A unique event indeed!

The Malaysian Indians were also involved in Pasar Malam, a night market reminiscent of Penang that was set up in Adelaide on the Terraces of the Festival Theatre. With coloured lanterns adding to the atmosphere, there was rustic street food, other cultural goods being sold, roving entertainment, live music and dance, among other events. It was just great!

The Moon Lantern Festival to which everyone looked forward was unfortunately washed out because rain and high wind. There were at least eight Indian performances slated for the evening including two workshops, one on Bollywood dance and the other on Sikh turban tying. The Temple of Fine Arts that conducts Odissi, Bharatanatyam and folk dance classes was also heavily involved in the finale, which would have been a collaboration of Malaysian, Chinese, Indian, Balinese and other dance styles, along with Dragon and Lion Dances. Although all these events could not take place as planned, the Adelaide Tamil Association managed to perform their item before the heavens opened up and the event was abandoned. With Karaga and Kummi dances, the kids enthralled everyone and ethnic Malaysians were also very happy to see these dances as the Tamil culture is the most predominant among Indian influences in Malaysia.

There were also talks and movies to be enjoyed, and the ever-popular singer Kamahl, whom Adelaide claims as a son, talked about his life and music. There was also another talk, called Forgotten Connections, about the historical connections between India and South Australia.

A highlight of the festival and a much awaited event were the viewing of movies from India. The discerning filmgoer enjoyed gems such as a lovely children’s film called Gattu (which had been nominated for Best Children’s Feature Film at the Asia Pacific Screen Awards), Gangs of Wasseypur Parts 1 & 2 and three fantastic movies by Satyajit Ray: Charulata, Mahanagar and Mahapurush. These were digitally remastered and a pleasure to watch. A treat indeed!

So ended OzAsia 2013, a true feast of food and art, talks and movies and everything that goes into what we can call ‘culture’ and one that is uniquely Asian. I can’t wait for next year!

Journey of an artiste