Despite its billion plus citizens, India has forged ahead to improve the quality of life of its denizens 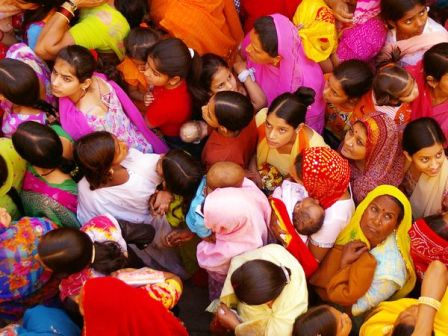 When I left India for Australia some thirty-five years ago, the country’s population was just over 600 million. That figure was enough to raise eyebrows in Australia. Since then, India’s population has more than doubled. Where population increase is concerned, India is not out of kilter with the world as a whole, which has dramatically increased its population within the last two centuries. China, despite its strict one child policy, continues to grow.

Today, both India and China have over a billion people each. In Malthusian terms, this is catastrophic. Malthus, a nineteenth century scholar, became famous for his theory that whilst food production can be increased by better methods arithmetically, population increase can greatly outpace it exponentially.

But the story does not just end with numbers. People in India, China and elsewhere are demanding, and often getting, a better standard of living than what their parents and grandparents have had. This increases the demand for resources.

In contrast to India, Pakistan has had a much bigger population (180 million) increase. Between the years of 1990 to 2009, its population increased by the staggering figure of 57.2%. Its fertility rate is 3.07, which is much higher than India’s at 2.57 and Bangladesh’s reported 2.55. In contrast, Iran’s is much lower at 1.73. This explodes the myth that population increase is religion based.

Bangladesh’s population is believed to lie between 150 and 170 million. It is one of the most densely populated countries. The situation is similar in Pakistan, which has very limited inhabitable land. Because of rapid population increases, both Pakistan and Bangladesh have young populations.

Population numbers are meaningless unless the ‘quality-of-life’ indicators are also taken into account. For this the quality of health is the most basic factor. Well-known billionaire-philanthropist Bill Gates, founder of Microsoft, has launched a worldwide drive to have children vaccinated against widespread diseases like polio. India has had a major campaign against polio, and it has only recently reported its last polio case.

In contrast to India, Pakistan is struggling to have people vaccinated, because the infamous Taliban are against all types of vaccinations, and have physically attacked health workers who carry out such procedures.

One may well ask what is the ‘quality-of-life’. The Western method of assessing the quality-of-life of a people has long been to calculate the average consumption of items, such as electricity, water and proteins. This method might be of some use if populations are in a similar developmental stage, such as Britain, Denmark and Sweden. But are such indicators useful, if say, Denmark and Sri Lanka are compared where climate, societal structure, developmental stage and cultural factors are dramatically different?

One major factor which can be compared across nations is longevity, which has increased worldwide, principally because of the availability of medicines and new medical diagnostic techniques. China has, within the last fifty years, been a remarkable example of increasing the health of its people and their longevity; between 1990 and 2009, from 68 to 74 years. India during the same period, increased from 58 to 65 years. This becomes even more remarkable when China’s vast population of over 1.3 billion people is considered. To achieve population control, China has had a one-child policy which it continues to pursue, according to its family planning minister, at least into the near future.

Both China and India are considered as ‘middle-income’ countries in Western-based ratings, but both these countries have pulled hundreds of millions of people out of poverty within the last fifty years, and continue to do so. Western-based ratings are heavily biased towards the Scandinavian countries and the application of their values to the world’s emerging nations is very dubious and misleading.

As countries develop, their people long for freedom, first of all to learn, and then to express themselves creatively. India has adequate freedom compared to China, but much more so when it comes to Pakistan. India’s film industry, its vast newspaper network and its universities bear testimony to this.

On the creative side, both India and China have given the world two of its greatest civilisations. On a practical basis, China offered ceramics, gunpowder and tea, while India offered sugar, steel and curries. The two civilisations interacted over a long length of time, Chinese Confucianism merging with Indian Buddhism.

Today both India and China have been recipients of foreign technologies. India received much more than China from the European colonialists. In recent decades, China welcomed investment and technology from Japan, Taiwan, South Korea and the United States, amongst others. Simultaneously, Indian and China have forged ahead on their own in fields such as space science and information technology.

To sum up: the quality-of-life of individuals is reflective of the environment that their country provides. Nurturing a country’s environment helps to nurture an individual’s personal milieu.

William Dalrymple’s The Anarchy: A story of how far corporations can...