The Indian and Jewish communities in Sydney commemorate Haifa Day together 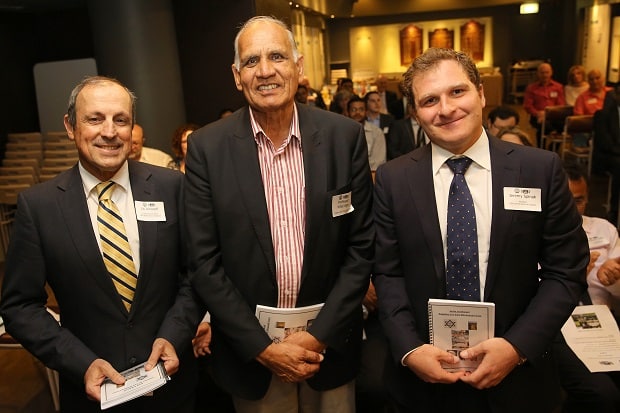 The centuries of friendship between two nations was strengthened recently when members of the Indian and Israeli communities came together to mark Haifa Day, the often forgotten liberation of the Israeli city of Haifa from the Ottoman Empire by the Indian army in 1918.

Representatives from The Hindu Council of Australia, the NSW Jewish Board of Deputies, and Hindu and Jewish community leaders attended the Inaugural Joint Haifa Day Commemoration event at the Sydney Jewish Museum.

NSW Jewish Board of Deputies President Jeremy Spinak welcomed guests and outlined the bonds between the two nations that go back many years: “We are here to observe the honour, bravery and valour of Indian soldiers who perished liberating Haifa in World War One,” he said. “The story of Indian soldiers is indivisible from the spirit of Israel…The Jewish-Indian relationship is a lasting, enduring, perpetual friendship.”

Hindu Council of Australia Secretary, Sanjeev Bhakri spoke of the need to remember an event “forgotten in history” but an important incident that strengthened the bond between the two nations. “In Australia, we have the opportunity to know each other better; to work together and learn from each other,” he said.

The historical significance of Haifa Day was outlined by Balesh Dhankar who eloquently explained how on 23 September 1918, heroic Indian horsemen, from two elite army units in Jodhpur and Mysore, liberated the port city of Haifa by defeating the Ottoman army on Mount Carmel.

Using only swords and horses against a hail of machine gun fire, the brave Indian lancers were able to capture the fortified town and seize 700 prisoners. There were eight casualties and 60 horses killed, while 28 soldiers were wounded along with 83 horses.

President of the Overseas Friends of the Bharatiya Janata Party Australia and National Interfaith Coordinator for the Hindu Council of Australia, Mr Dhankar also saluted the “Hero of Haifa” Major Thakur Dalpat Singh who led the Jodhpur Lancers and was awarded the Military Cross for his valiant efforts in battle.

“The celebration of Haifa Day brings Israel and India closer like nothing else,” Mr Dhankar continued. “When 80,000 Indian Jews migrated to Israel in 1949, they remained proud of their Indian heritage. They say ‘Israel is in our blood but India is in our hearts’,” he concluded. 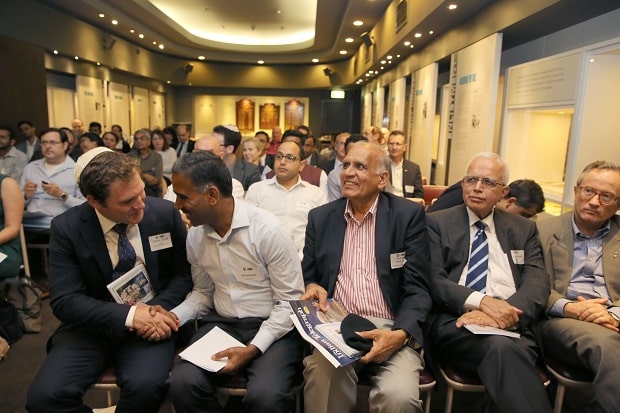 Continuing to explore the Indian-Jewish relationship, Vasu Ramyavaran spoke of how Jews first arrived in Cochin in 526BC and were warmly welcomed. “Hindus do not tolerate, they accept. This is a crucial difference,” he said, as his statement was met with much applause.

During the formalities and to mark the significance of the occasion, President of the Hindu Council of Australia, Professor Nihal Agar presented a special volume, India and Israel – Together for Two Thousand Years, by V. Ravi Kumar, to NSW Jewish Board of Deputies CEO Vic Alhadeff and Jeremy Spinak.

Vic Alhadeff concluded proceedings by remarking on how Jews have suffered discrimination everywhere but never in India. “Jewish and Indian leadership today stands side by side,” he said. “We have a strong and strategic relationship on the international stage.” He highlighted the Haifa Day event as honouring the solid and enduring relationship between the two nations, as underscored by India’s military assistance in WW1.

Haifa Day is celebrated in across Israel in Ramla, Haifa, Jerusalem and Tel Aviv, as well as across in India in Mumbai, Delhi, Jaipur and Jodhpur. The day is also marked in Hong Kong, Durban and now, in Sydney.

The Indian-Jewish relationship continues to get sweeter, with the NSW Jewish Board of Deputies recently also attending the Diwali Fair in Cherrybrook, distributing vegetarian, Jewish sweet delights as a show of hospitality.

For more photographs from the Haida Day event, visit our Facebook page: https://www.facebook.com/IndianLinkAustralia

Smart and savvy, or shy and nerdy?