Home Archives Adelaide Indian links from the past

Horse trading, missionaries and hawkers were all looked at during Professor Allen’s talk on the forgotten connections between India and South Australia, writes PRIYADARSHINI CHIDAMBARANATHAN 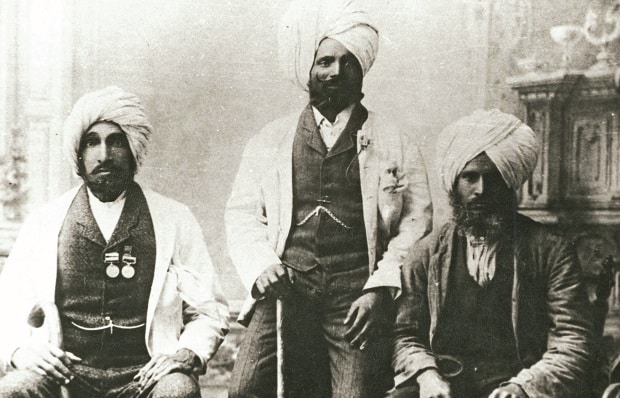 If you thought that Indians have only been in Australia for the last couple of decades, think again. Indians have been living here since the late 1880’s, facing far tougher immigration laws that anything we have today. This, and other historical connections between India and Australia, were the subject of a fascinating talk by Professor Emerita Margaret Allen.

Titled Forgotten Connections: India and South Australia 1880s-1940s, the event took place at the Adelaide Festival Centre, on September 17, as part of the Oz Asia festival 2013. The talk focused on three areas from the Professor’s research, Indian hawkers in the South Australian region, the horse trade between the two countries and the missionary connection.

Professor Allen, who works at the University of Adelaide has been researching this subject for many years, focusing specifically on the late nineteenth and early twentieth centuries. She is interested in transnational, post-colonial and feminist histories.

Speaking to Indian Link after the talk, she told us that she has been researching the subject for 30 years. She started out studying female Australian missionaries in India because of her interest in feminism, and slowly expanded the scope of her study to include other links between India and Australia. She has spent some time in Mumbai as part of her research activities.

Speaking to a hall packed with over 150 attendees, Professor Allen recounted fascinating stories of hawkers who had plied their trade in the South Australian region. Hawkers in the time between 1880 and the beginning of the twentieth century travelled on horse drawn carriages, between far flung stations in the region and carried news and goods from place to place. Some of them like Otim Singh managed to taste success, and established a general store on Kangaroo Island, which he ran for many years. Otim Singh married and lived on Kangaroo Island until his death in 1927. Others were not as lucky however, and lived out a lonely existence, far away from their families in India, in the face of a regime that grew more and more racially intolerant.

Another connection between India and Australia was the horse trade, where Australian horses called ‘Walers’ were shipped to and sold in India. Accounts of the Delhi durbar in 1901 mention horses that came from Australia. They were also used by the Police and the army in India. Australian horse traders made frequent trips to India for this purpose.

The missionary connection between the two countries has been quite strong with a number of Australian missionaries visiting India during the period, and some of them choosing to live out their lives in India. There were a number of female missionaries who also went over during the period. One of them was Amy Parsons, a young woman from Adelaide who spent a large part of her life in India, and adopted a few Indian customs herself. The Professor also mentioned Pandita Ramabai, one of India’s first feminists, who became a missionary in India. Her daughter visited Adelaide in the early 1900s.

Professor Allen also talked about an Indian missionary Rev. Nanda Lall Doss who visited Australia in 1888 as part of a world tour. His written account of the journey details visiting and preaching in Adelaide and country towns in South Australia. He criticises Australia’s immigration policies, racial prejudice and treatment of Aborigines in his book, but also praises the Australian ability for hard labour, no matter how rich the person.

The talk drew some specific questions from the audience about Australian Walers, and horse traders in the region. There was also a discussion about the White Australia policy and the immigration restrictions that came into place after 1901, that restricted Indians and Asians from entering Australia.

It was a very informative evening with Professor Allen showing up some interesting new connections between Australia and India. 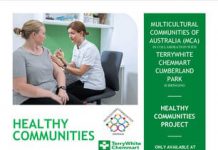