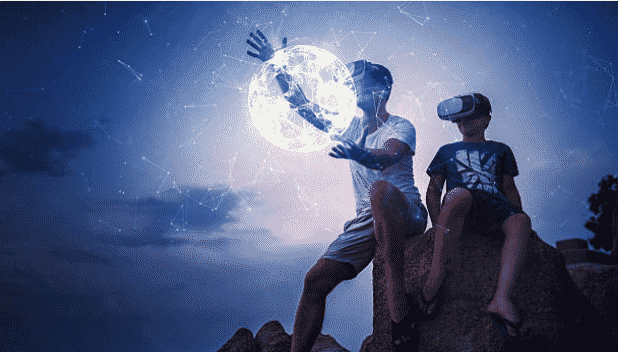 While it’s goodbye to travel for now due to COVID-19 as planes are grounded, borders are closed and travel plans are on pause – travel is an online click away thanks to virtual travel. Yet many of us don’t know anything about it.

Using social media, I conducted a survey and received quite a response. My question was: ‘Today was meant to be the final day of my cruise, the cruise that never happened, that got cancelled at the very last minute. Now that we are all cooped up inside, are any of you experiencing virtual travel of places you want to visit? Does it help you decide where to go next or provide you with a sense of escape?’

Over 50 respondents said they were dreaming of their next trip, watching travel documentaries, reading books on travel, rummaging through boxes of old photos and memorabilia to relive past trips – but no one mentioned virtual reality as a way of exploring the world.

Even my internet savvy 82-year-old neighbour uses virtual reality to tour her favourite European cities, taking aerial tours of the buildings, parks and life on the streets below.

When I returned from Egypt in September, I described the pyramids of Giza to my daughters and showed them photos. But conveying a sense of scale of their overwhelming size proved difficult. So, we took a tour of the pyramids using Google Arts and Culture to experience the site as though we were walking around it.

And though cancellation of my trip to South America has meant I don’t get to hike high up into the Andes to view Machu Picchu as planned, I was able to experience 360 degree images on YouVisit’s virtual tour that includes commentary on the architecture and history of the site.

Virtual touring also comes into its own when you’re tossing up how long to stay at a destination, and is a handy tool when planning a trip. For example, for Angkor in Cambodia, the largest religious monument in the world, a three-day pass is a must. There is so much to see, and the site is so spread out though most visitors don’t realise that until after they arrive. By using virtual reality to explore the site beforehand, the enormity of the site becomes obvious. The virtual Angkor project provides 360-degree views and narration by historians and archaeologists. Other sites can also be visited in this way including the Taj Mahal that uses interactive digital pathways around the mausoleum, reflecting pool and gardens while 360 -degree images soar above the dome and minarets.

A site that I had wanted to visit for as long as I can remember, the ancient city of Petra took my breath away, but in hindsight I would have benefited from viewing an interactive guided tour of the monuments before I arrived. I would have approached the site altogether differently by knowing its history, and I would have better planned my time there by arriving early in the morning to avoid the tourist hordes, and followed pathways to lesser known temples that I could have enjoyed all to myself.

To get you started using a virtual reality tour application, look at Google Arts and Culture, or Google Earth that gives you the chance to fly from the streets of mega cities to oceans, mountains and rivers, the YouTube channel VR World Travel that provides 360-degree windows into global wanderings and National Geographic VR. And to entice you to visit their countries, some government tourism boards offer virtual reality tours that include stately palaces, lakes, mountains and street scenes.

So, while travel may be off limits for now, you can still take an interactive online tour to ignite your dreams of exploring the world.

READ ALSO: A virtual tour of Orlando for your little ones