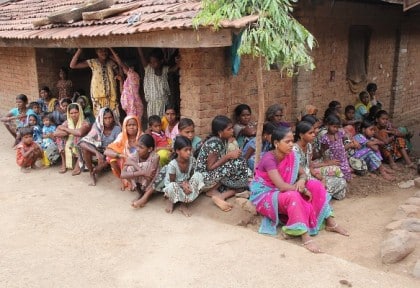 India continues to be home to a vast number of people living in poverty. Many of us here in Australia are keen to support efforts and projects in India to improve living conditions. The Rotary Club at Albert Park, Victoria, with the support of Rotary International Chicago USA, has funded a project in Palghar, Maharashtra to improve sanitary conditions and bring about a change to the lives of the tribal villagers.


The INR 4.8 million (approximately $90,000) project commenced in June 2016 and the Club has coordinated with the local host, Rotary Club of Bombay, Juhu Beach. The project is expected to be completed in December 2016.
The project will deliver water purification systems for 11 tribal villages in and around the region. In addition, 60 toilet blocks are being constructed for a village in Jawhar taluka. 5,000 tribal village women in the area will also benefit from a sanitary napkin manufacturing unit and waste napkin incinerators.

Ishwar Prasad, member of the Rotary Club at Albert Park, told Indian Link, “A bulk of the over 1.267 billion Indian population is still overwhelmingly poor, based on a Planning Commission Report published recently. This is in stark comparison to the other disparate picture; the India where just 1% of the population pay income-tax, that owns ambitious space and nuclear programs, and boasts billionaires and the IT prowess reaping the benefits of formidable growth.”
It is reported that over 600 million people in India defecate in the open. The concerted effort of PM Narendra Modi, through his ‘Clean India Mission’ (Swachh Bharat Abhiyan), is seeing improvement in India’s open defecation issue since its inception in October 2014. The goal is to make India ‘clean’ by 2 October 2019, Mahatma Gandhi’s 150th birth anniversary.

Mahatma Gandhi wrote in the May 1925 edition of Navajivan that “the cause of many of our diseases is the condition of our lavatories and our habit of disposing of excreta anywhere and everywhere”. This so-called ‘habit’ is unfortunately continues to exist to this day. Other developing countries have made huge progress in improving sanitation. Just 1% of the Chinese population, and 3% of the Bangladeshi population relieve themselves in the open air compared to 50% in India.
Since 35% of households do not have a nearby purified and treated water source, people in cities lacking effective waste treatment systems are most susceptible to contracting diseases. According to World Bank sources, 21% of the communicable diseases in India are related to unsafe drinking water resulting in deaths of over 200,000 children each year due to faecal contamination. Diarrhoea, caused by a lack of clean water for proper hand washing, alone, causes more than 1,600 deaths daily.

Poor menstrual hygiene through the use of unsensitised cloth due to the non-affordability of sanitary napkins cause 70% of reproductive diseases. Inadequate menstrual protection makes adolescent girls miss approximately 5 days of school each month and about 23% in rural India drop out of school after they start menstruating.
More than 85% of villages do not have a secondary school. Inadequate literacy and education causes the children to lack the awareness and appreciation of appropriate sanitary conditions. They do not know what is better and remain in an environment that worsens their health and living standards. This affects their prospects of gaining employment and maintaining a family.

Inadequate sanitation in India is an endemic issue that is leading to physical and mental deficiencies. Coordinated efforts, along with strong government support, investment and dedicated leadership, are required to advocate this issue to the worldwide Indian community. The Rotary Club at Albert Park is bringing about change to sanitation standards in India. Considering India has a strong growth trajectory, it would be unfortunate if the large number of Indians in poverty are unable to experience better living standards as a consequence of this growth.

Mr Prasad joined the Rotary Club at Albert Park in September 2015. He encourages the local Victorian community to get involved and support the efforts of organisations striving to do their bit to resolve India’s sanitary problem. The club is holding a raffle with two prizes. Each prize consists of 2 economy class return fares to India. Perhaps the winners could use their prize to start another project to improve living standards!
Raffle tickets can be purchased through www.trybooking.com – ‘Rotary Albert Park Raffle’.
- Advertisement -
Share
WhatsApp
Facebook
Twitter
Linkedin
Previous articleWhen instruments speak
Next articlePutting Ted on a pedestal