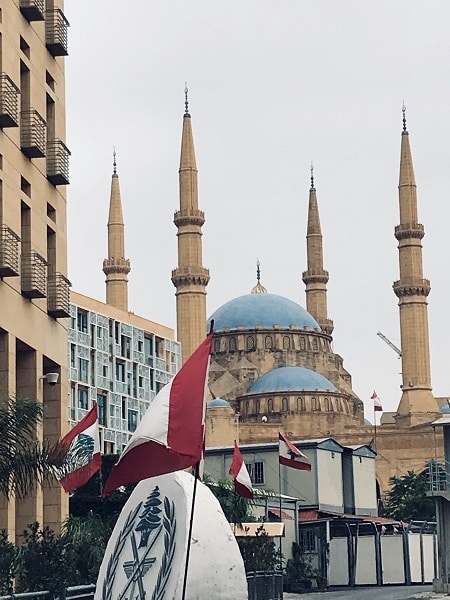 Say the word Lebanon and what comes to mind instantly is round and fluffy bread, shawarma, tabouli, shisha, high pitched music, belly dancing… and perhaps, thanks to
news reports, mortar shells and machine guns.
As I visit there, I experience everything listed above, except the sense of danger.
A safe, friendly and high energy environment engulfs us – with quite literally nothing to remind us of the brutal civil war of the 1970s.

Fast forward four decades, the Mediterranean nation has returned to its original flamboyant lifestyle, with capital Beirut – which was reduced to rubble during the 15-year carnage – regaining its title as ‘Paris of the Middle East’.

The Lebanon we visit today is a young nation. It came into existence only after the First World War during the cutting and sharing of the Ottoman Empire. Clubbed with present
Syria, the new nation lived as a French mandate until gaining own independence in 1946.
However the history of the land dates back several millennia. Many civilizations marked their footprints here from Phoenicians, Greeks and Romans to Crusaders, Mamluks and the Ottomans.
For modern day travelers, their leftovers create a great itinerary, which includes not only a hedonistic Beirut but also many natural wonders like sandy beaches, cedar wood forests and mountainous caves.

Electrifying Beirut
Lebanon is a small country, only 10,400 square km in size. Seafront Beirut is positioned almost in the middle with most of the iconic sites within easy, day-trip distances. Most visitors prefer staying here to enjoy its bustling atmosphere, which becomes electrifying after sun down when almost everyone hits the streets to have dinner at a restaurant, drink at a trendy bar, sample Arabic coffee and shisha at a café or simply for a stroll along the Corniche to get swayed by the Mediterranean breeze. Beach lovers generally go to nearby Jounieh, a seafront suburb infected with high-rise buildings.

Old City Byblos
Located 42km north of Beirut, Byblos today is a quiet seaport, but according to archaeologists it’s probably the world’s oldest city, said to be continuously inhabited for
7000 years. During the Bronze Age, when the Phoenicians lived here, it was a major trading hub. Several artefacts found during the excavations and now displayed at the
National Museum in Beirut testify to the glory of the time. After the Phoenicians came the Greeks and the Romans who were followed by the Crusaders, a castle built by them still exists in dilapidated form. Wandering through its quiet streets today means shaking hands with antiquity.

Roman Baalbek
Unquestionably one of the planet’s most impressive ancient Roman sites and Lebanon’s number one attraction, this sprawling complex of temples dedicated to pagan gods
Jupiter, Venus and Bacchus outshines anything in Rome. It lies 86km northeast of Beirut, close to the Syrian border. Everything here is in ruins, but the assembly comprising of
columns, platforms, podiums, stairways, figurines and numerous stone-pieces – some embellished with expressive artworks – is good enough to suggest how extravagant it was when the Romans built them at the start of this millennium. The Temple of Jupiter is the main attraction. Its remaining six columns are an apt memoir of the size and stateliness of the original structure. An amazing feature of the temple-remains are its megalithic foundations, said to be the planet’s largest building blocks, each weighing over 800 tons.
Islamic Anjar
Not far from Baalbek and almost at the door steps of Damascus in Syria is the only important Islamic quarter from the period when the faith just started evolving. The mighty Umayyads built this walled city and ruled from there in the mid-7th century for almost hundred years. Discovered by archaeologists only in the 1940s, the remains of colonnaded streets flanked by the ruins of palaces, mosques, shops and other dwellings give an idea of
how busy this settlement was during its heyday.

Natural Wonders
While history dominates in Lebanon, its natural lures are no less significant, the Jeita Grotto and the Cedar Forests being the two highlights. Often referred to as the ‘Pearl of Nature’, Jeita Grotto, tucked 18km north from Beirut, is a dramatic cave complex holding one of the planet’s most amazing conglomerations of stalactites and stalagmites of different shapes and sizes to push the imagination. The cedar trees are the most defining identity of Lebanon and Qadisha Valley is the best place to see their natural spread. The two-hour journey up from Beirut to the valley along a winding mountainous road offers Lebanon’s best scenic outlook.