The Australian food writer reveals how regional dishes from India are getting popular in her country, and her quest to buy that perfect idli pan!! 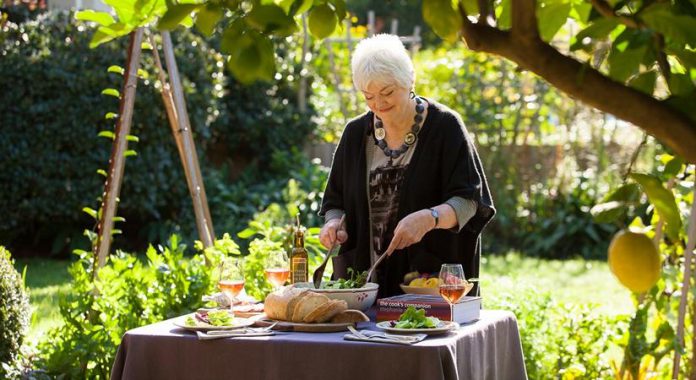 Veteran Australian restauranter, food educator Stephanie Alexander AO, who is also known for her groundbreaking work in creating the “Stephanie Alexander Kitchen Garden Foundation” talk to media on the sidelines of a press conference to cater prospective Indian students, during her recent visit to India.

Alexander: Indian food has really grown in Australia! It is a very popular cuisine with many young people, including those who have travelled extensively in India and have very happy memories of what they’ve experienced.

Q: Take me through the food association between Australia and India

Alexander: The food association between Australia and India has grown very quickly. In my thirties, Indian food existed in Australia but existed in a simple form. It did not adequately demonstrate the complexities or subtleties of regional Indian food.

Alexander: There is an industry trend in both Australia and India to offer pre-prepared foods for people that are time poor. In my opinion they are never as interesting as cooking with fresh ingredients, but there is no question that is on the rise in Australia and, I imagine, for some families here in India, too.

Another trend is that a small percentage of the population are becoming more and more interested in things like organic food, and these people are being well catered for by new businesses that are servicing that demand. On the whole though, it is relatively expensive and not something that the ordinary, working family is as interested in.

Q: Describe your style of cooking?

Alexander: Fresh food, chosen for what is in season. I cook it with love and usually, without too much fuss!

Q: Tell me something about the food scenario changing globally?

Alexander: It’s important that as time goes by, we continue to educate our children and young people about food.

I work hard to introduce the pleasures of good, fresh food to young children because I believe that what they grow up with will be reflected in the way they teach their own children and it’s very important that we give positive messages.

That’s why I have created a not-for-profit foundation which helps to educate children on the importance of fresh food. It is currently operating in more than 10% of Australian schools and influences more than 200,000 Australian children each year.

Q: Will any of the dishes you discovered be making their way onto your own menu?

Alexander: It’s been a long time since I have been involved in cooking in a restaurant! I have been looking to buy an idli pan so that I can make them at home. I’ve really enjoyed idli and they seem to be a perfect vehicle for lots of savory flavours and I think they’ll be very popular with children.

My hunt for an idli pan is ongoing!