On Australia Day 2019, the debate will rise again on whether it is time we became a republic and had our own true blue Head of State 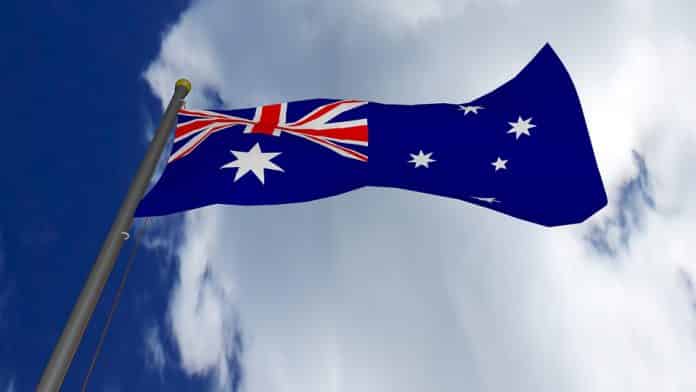 Reading Time: 3 minutesThe title of a 1964 book by Donald Horne, The Lucky Country, has been used by many to describe Australia – its ongoing economic progress, the prosperity of its citizens, the social structure of its society.
Yet, the author disagreed with this depiction and himself clarified what he meant: “Australia was a lucky country run by second rate people who share its luck. I didn’t mean that it had a lot of material resources… I had in mind the idea of Australia as a [British] derived society whose prosperity in the great age of manufacturing came from the luck of its historical origins… In the lucky style we have never ‘earned’ our democracy. We simply went along with some British habits.”

Even way back in 1964, there were those lamenting that Australia was failing to emerge as an independent nation, free of its ties to the British, so that it could take its place in the world.
When the Federation of Australia was proclaimed on 1 Jan 1901 at Centennial Park, Australia declared itself as a federal parliamentary constitutional monarchy with Queen Victoria at its apex as the Queen of Australia.
One hundred and nineteen years later, the world is a different place. Nationhood is an ongoing factor when talking about a national identity, not having an Australian Head of State does hamper the concept of a national identity. Do note it is always a lively debate about whether it is the Governor General, who holds the highest rank amongst the officers of the government, who is head of state, or is it Queen Elizabeth II.


It should be noted that internationally, for the purposes of protocol, the United Nations’ list of heads of state cites for Australia, “(Her Majesty Queen Elizabeth II)” in brackets, above the name and title of the Governor-General, “His Excellency Sir Peter Cosgrove”.
As we reflect on what it means to be Australian on Australia Day 2019, the debate will rise again on whether it is time we became a republic and had our own true blue Head of State, an individual who will rise above party politics and take decisions with integrity and honour.
Looking at our current Governor General Peter Cosgrove and incoming Governor General David Hurley, there is little doubt that these are men of honour.
But some 30 years ago, the 1999  referendum for an Australian Republic was defeated when 55% of voters rejected the proposal to become a republic (with a president appointed by a two-thirds vote in both Houses of the Australian Parliament.)
The issue, it seems, is what form the new model should take. Should the public have a say in the election/selection, or should it be left to an electoral college made up of parliamentarians, like in India?
The Indian model has worked effectively. When the Constitution of India came into force on 26 January 1950, the offices of the Monarch and Governor-General were replaced by the new office of President of India. The President is beholden to the Constitution: his/her prime role is to defend and protect the Constitution of India and its rule of law. The President, unlike the Australian Governor General, needs to apply his/her own final judgement in upholding the Constitution and ensuring constitutionality in the actions of the executive or the legislature.
Over the last 72 odd years, India has emerged as a nation in its own right and with its own identity. Coming back to Australia, perhaps a deeper look at this age-old debate is called for, especially in the light of the shifting geopolitical scenario globally.
- Advertisement -
Share
WhatsApp
Facebook
Twitter
Linkedin
Previous articleBhartiye Mandir prepares to reopen its doors
Next articleAustralia Day Honours: Vivek Padmanabhan, OAM