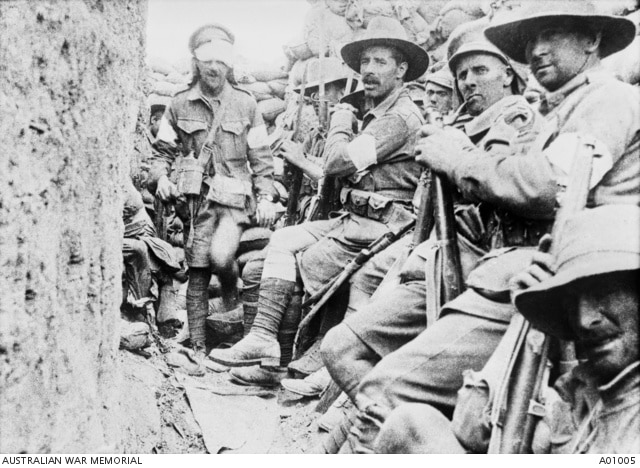 Most countries celebrate a National Day, clearly linked with their “discovery” or with their gaining of independence, or with some other defining historical event, seen as uniquely significant.

Australia is unusual, in that we actually celebrate our nationhood twice a year:

Firstly, on Australia day (26 January), which celebrates the coming together of the six states to form the Commonwealth of Australia in 1901.

Secondly, on 25 April, when Anzac Day commemorates the first time that soldiers from the Australian and New Zealand Army Corps (hence ANZAC) fought together in World War I, only 14 years after the nation of Australia came into existence.

More than 100 years down the track, there have been many debates, controversies and misunderstandings about precisely what we celebrate on Anzac Day and why.

Some people have thought or wished, that Anzac Day celebrates or should celebrate a great military victory.

It doesn’t! In fact, the original Anzac Day (25 April 1915) involved a disgraceful series of command decisions, tactical errors, the pointless sacrifice of countless young lives and an embarrassing military defeat.

Our young soldiers, all volunteers, representing Australia for the very first time, many of them only 15-16 years of age, were landed, under British command, on the wrong beach, on the wrong tide, on the Gallipoli peninsula in Turkey.

They leapt out of their boats, into water much deeper than it was meant to be….with the Turkish troops already dug in and waiting for them in the hills behind the beach, ready to pour deadly fire into them….which they did.  Many of our young soldiers died in the surf, without even reaching the shore.

Furthermore, these young Aussie and New Zealand troops, many of whom (like my two uncles), were country lads, who’d never even been to Sydney or Melbourne, were far away from home, fighting a European war, over issues that had little to do with Australia, and in fact, were invading another country – Turkey, whose soldiers were just trying to defend their own country.

It’s worth remembering that World War I was called “The Great War” and, even more ironically, “The War to end all Wars”.  More than 10 million people died because of it…. and we didn’t learn from it, did we?

From our modest population of less than 5 million, the young nation of Australia sent 330,000 men. Of these, over 59,000 were killed and nearly 167,000 wounded. Our casualty rate was the highest of any of the British Empire forces!

The British Empire’s highest award for gallantry, the Victoria Cross, was awarded to 64 Australians, including 9 for the Gallipoli campaign itself.

In many ways, this was cold comfort. Many parents lost their son, or sons. Almost every country town found the need to erect was memorials to commemorate their dead. As my old aunt, who watched her two young brothers and their friends go off to war, used to say, “The flower of Australia’s young manhood was taken away forever”.

For every Australian who had supported our involvement “to help defend the Mother Country” (England), there grew voices of protest at the senseless waste of young Aussies so far from home. Indeed, the Federal Government banned a song called I didn’t raise my son to be a solder.

Although it took some time for the awful truth to be revealed, the Gallipoli campaign not only was a defeat, it was doomed to be a military disaster and a British Royal Commission found it to be so.  Why on earth then, do we remember it at all, let alone commemorate and revere it each year?

I believe there are three principal reasons:

Today, Australia enjoys a unique and warm relationship with Turkey, and Gallipoli, to both countries, is a sacred shrine.

Most of those who fight and die in wars are young.  Even of they live, their lives are forever changed. Two of my uncles fought in World War I.  Only one returned, with one eye and a steel plate in his head. Two further uncles left young wives at home to fight in World War II. One disappeared with his plane and crew, never to be seen again. The other spent 6 long years as a prisoner of the Japanese and eventually came home, weighing 30 kilograms and blinded in both eyes.

“They didn’t see much glory in war

But we have to remember…