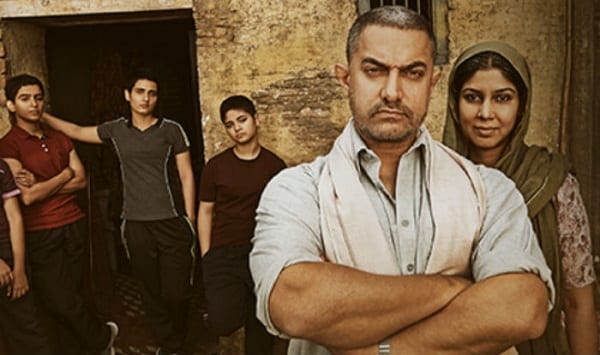 You wouldn’t have even considered this a few years ago: a mainstream Bollywood film winning an Australian cinema award.
Aamir Khan’s super-duper hit Dangal took the Best Asian Film at this year’s AACTA Awards held in Sydney on 6 Dec.
No, the diminutive superstar wasn’t around to accept the award and say his thank-yous. Nor was director Nitesh Tewari. This honour was left to cast member and former soap opera queen Sakshi Tanwar. And what a perfect ambassador, given the film is about women’s empowerment.
Sakshi accepted the award, and an awkward hug, from Russell Crowe. Watch video here.

Sunny Pawar’s Best Actor Award – in a category that boasted some of the nation’s top talents – is history-making. At nine years of age, little Sunny is the youngest winner of the Best Actor Award.
Indian thespian and head of the Chairman of Film and Television Institute of India Anupam Kher was on stage to announce this category alongside Aussie star Martha Dusseldorf, and he perhaps said it best: this is one actor we can all learn a lot from.
Sunny wasn’t in the audience to collect his award in person, but spoke on screen from India, remembering to wish everyone a Merry Christmas and a Happy New Year.
Sunny has upstaged Simon Burke who was 15 when he won the Best Actor award 41 years ago.
Read Sunny’s interview with us here.

Besides Sakshi and Anupam, the other Indian personality gracing the occasion was Shabana Azmi, who served on the Grand Jury adjudicating for the Asian Film category, in its debut appearance at the AACTAs. Two other Indian films – Pink and Kaasav: The Turtle – were among the nine nominated in this category.
The other films came from Japan, South Korea, China and the Phillippines.
Will Dangal pave the way for more Indian films winning Aussie awards? Time will tell.