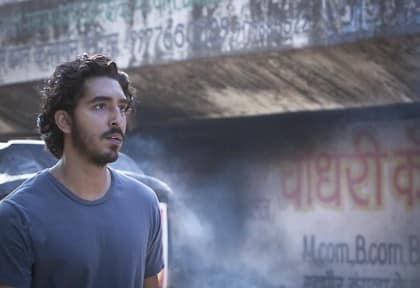 Alone and frightened. The young boy, just five years old, waits for his brother to return. Thinking his brother is on board, the boy climbs aboard a waiting train which takes him thousands of kilometres across India.
He lives on the streets of Kolkata for several weeks, far from home, barely surviving.
Urban India is not kind to yet another child beggar.
But luck shines on the young boy.
He finds himself at an orphanage. Adopted by an Australian couple, John and Sue Brierley, the little boy grows up in Tasmania.
Twenty-five years later, haunted by memories, he painstakingly pieces together railway lines and snippets of memory, using Google Earth to track down and reunite with his home town and birth mother.
The story of Saroo Brierley and his remarkable journey, first to Australia and then returning to India on a quest to find his birth mother, is now well-known. “It’s not normal,” Brierley admits. “It’s absurd really.”
First written as an autobiographical book, A Long Way Home, the incredible story is now the subject of a new Hollywood film, Lion, directed by Australia’s Garth Davis, starring Dev Patel and Nicole Kidman.
Brierley never forgot his Indian family, and the memories of his time in India never left him.

“It was definitely scary. I don’t think those events you could ever forget. I think it’s scarred in my memory,” Brierley tells Indian Link. “Those memories were daunting, but ultimately that intense memory is what helped me find my way home. Some people would go, ‘You must have been so traumatised’, but I think I was quite resilient. I wasn’t taught how to decrypt it. I never had therapy or anything like that. It was left to me to make a decision about what I thought about it, how to process it.”
Resilience is a key theme in Brierley’s story. He wrote the book as a personal reflection in an attempt to help and inspire others who have become separated from their family.
“I had been carrying this weight on my shoulders, but I achieved, I did it,” Brierley says. “It was about sharing that knowledge.”
The harrowing, against-the-odds story has captivated audiences.
“This has been a powerful journey and a whirlwind time for me,” Brierley says. “As I step back, I realise there are these themes – everything happens for a reason. There was this nostalgia. I would hear songs that would bring memories back. Watching children play in nuclear families would bring memories back. I had lots of dreams on the astral project side of things. I had these out of body experiences where I would materialise on the streets of my old hometown. That kept the memories alive, perpetually in my mind.”
Reflecting on the powerful ability of the brain to adapt, Brierley says, “The brain is a fascinating organ instilled with adaptability, instinct, emotions, ability to wander. I followed that and led to my accomplishment. This was just my destiny.”


Moving to Australia, growing up in Tasmania, Brierley says he never really felt singled out or different.
“I think that was there, but I was just so used to change and transition. One minute I was with my family. The next I was on a train, wanting for, searching for my family. Then I was in Kolkata and then in Australia. Change just seems to be with me,” he says. “There wasn’t much of an issue. I didn’t register what people thought of me. I just took it a day at a time and was grateful to be in a loving family.”
Brierley was involved in the script development of the film, but then left it up to the director and actors to tell his story. “If you’ve got a great script, it’s up to everyone else to bring it to life.”
He watched the film for the first time together with his family.
“I was holding on to my seat so hard my fingernails were digging into the leather. I was so enchanted, so enthralled. I should be feeling desensitised, but it felt like I was reliving the whole thing again. I couldn’t hold those tears in,” Brierley says. “At the end of the movie we all got up and had a group hug. My dad turned to me and said, ‘I didn’t realise how much you went through.’ We had talked about it, but this really showed him.”

On the casting of Dev Patel and Nicole Kidman, Brierley says, “I think it was a good choice of people. Nicole Kidman has adoptive children and Dev Patel is an amazing actor – from Slumdog Millionaire, to Skins, to Chappie, there was nobody better out there to play this role. They’re both wonderful people, both on stage and off stage, full of effervescence and vitality.”
Brierley met with Patel over several hours, and the actor also studied his character through reading his book and internet articles.
“He nailed that Australian accent,” Brierley says. “He personifies me really well. And my adoptive mother and Nicole Kidman talked a lot. Mum’s ecstatic she got Nicole to play her.”

As an adoptee himself, Brierley sees the adoption process as “a great thing” and hopes the government will help break down the barriers.
“My parents just wanted to help a child in need of care and love instead of producing their own,” he says. “They should re-open the gates which have been shut for a bit. We can only wish. You have people like Deborah Lee Furness and Nicole Kidman trying to get things underway. We can only hope they help open those gates. And I hope this movie portrays that too. My parents are so grateful to have us but I’m even more grateful for being with them. They have shown nothing but genuine love for me and my brother.”
Since reuniting with his Indian family, Brierley has returned to India around 14 times in the past four years. He has bought his biological mother a house and looks after his remaining siblings. They speak on the phone at least twice a month. He says he would like to spend more time in India, seeing the country, travelling around as a tourist.
“Being in India, seeing the old style of buildings, visiting my hometown, visiting my biological mother, the family home, the orphanage in Kolkata, it’s a mental cleanser,” he says. “At the same time, my parents are here in Australia; I know the people, the culture, the language. I get a bit homesick. Both places are great.”
- Advertisement -
Share
WhatsApp
Facebook
Twitter
Linkedin
Previous articleThe importance of primary prevention
Next articleGoing round the mulberry bush