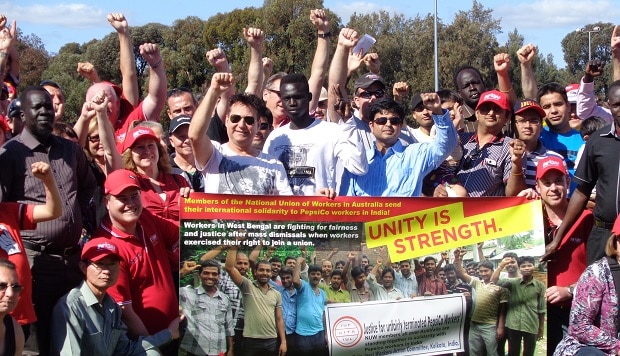 Reading Time: 3 minutesMany migrant workers are being bullied at their workplace because they are ignorant of their rights. By YESHA JOSHI

Many migrant workers arriving in Australia are highly qualified and have experience in accounting, business and other skilled professions. Yet, they are resorting to working in low-skilled jobs where they face a number of workplace issues because they do not know their rights at work.

Lead Organiser of the National Union of Workers in South Australia, Tony Snelson, says migrant workers are over- represented in the poultry, fruit and vegetable sorting and packaging industries, and are some of Australia’s most vulnerable workers. “These workers are employed because they can be overworked and underpaid,” Snelson says.

The companies take advantage of migrant workers when under pressure to meet profit margins. This exploitation leads to insecure work, incorrect pay, workplace bullying and racial harassment. “Regardless of what visa status you are on, you should join your union and have your rights protected in Australian workplaces,” says Snelson.

Unfortunately, many Indian migrant workers are also undermined. Indian workers in much of the low-paid hospitality and retail cleaning sector receive pay under their award rate, are bullied and at times face racial discrimination.

United Voice (SA) Union Organiser, Paresh Shah, shares a similar story of the exploitation of migrant workers in both the aged care and cleaning sector.

“What has become increasingly evident is that the aged care sector is notorious for workplace bullying,” Shah says. For instance, a young Indian aged care worker in his twenties was bullied while working in a nursing home in South Australia,

because of his racial background and his English accent. “You should go back and learn some English,” he was told by his colleagues. The young worker says the perpetrators would make fun of him in front of clients and colleagues. “It was humiliating for me and I was frustrated,” the young worker says. “I decided to join the union after speaking to one of the union organisers. The union looked into my case and I received compensation for my suffering,” he added.

Shah explains, “Many workers do not know their rights at work and are scared about being unfairly dismissed if they raise any worker safety issues. We need to encourage people to understand that unions protect and defend workplace rights and are not similar to the unions back home.”

A similar case is apparent in the cleaning sector. “Working as a cleaner should not be a negative experience for them, but often the sub-contract conditions mean these employees have very few rights,” Shah says. “Cleaners and aged care workers are easily replaceable, this is what makes them vulnerable,” he adds.

The transport industry has had an increased intake of Indian migrant workers as bus drivers recently. South Australian Transport Workers Union Official Dannie Relan, says Indian bus drivers face racism, as well as language and cultural barriers. “Although discrimination has been reported, workplace bullying has become the daily routine,” claims Relan. “The bus companies treat us as second class citizens and at times humiliate the drivers because of their English accent. I am an Indian and I became a Union Organiser in my workplace because it’s a platform for me to stand up and represent the rights of Indian workers,” he adds.

However, many immigrants regardless of their workplace conditions, continue to proudly call Australia their home.