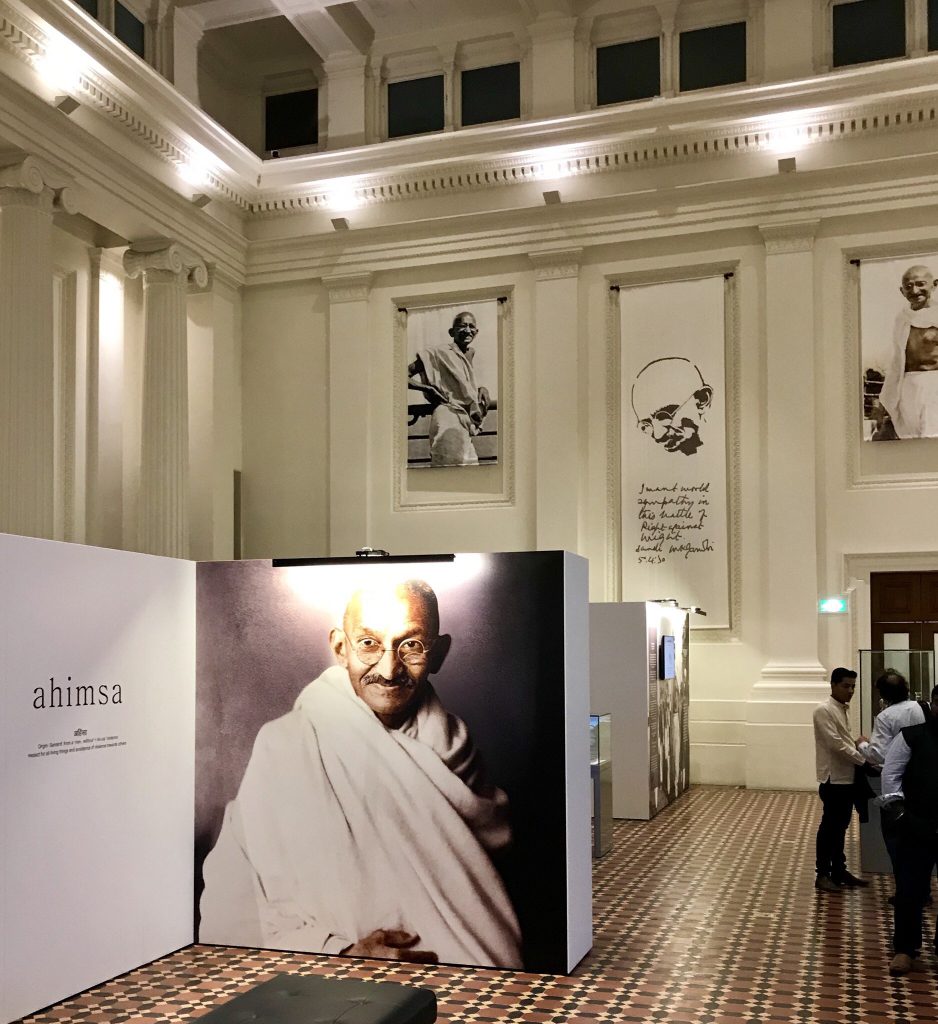 The narrative that the exhibition takes the visitor through coalesces around Gandhi’s time as a barrister in South Africa, where he lived for 21 years. It posits that by the time he returned to India in 1915, the discrimination he had faced in South Africa and the social activism he had engaged in there had “transformed” him, “from Mohandas to the ‘Mahatma’ or ‘Great Soul’.”

“In the context of the current global climate of negativity and violence, the world needs a leader like Gandhi. We’ve brought this exhibition to the Immigration Museum to ignite the spirit of Gandhi and encourage our visitors to pursue their own leadership potential to serve their communities,” says Rohini Kappadath, General Manager of the Immigration Museum. 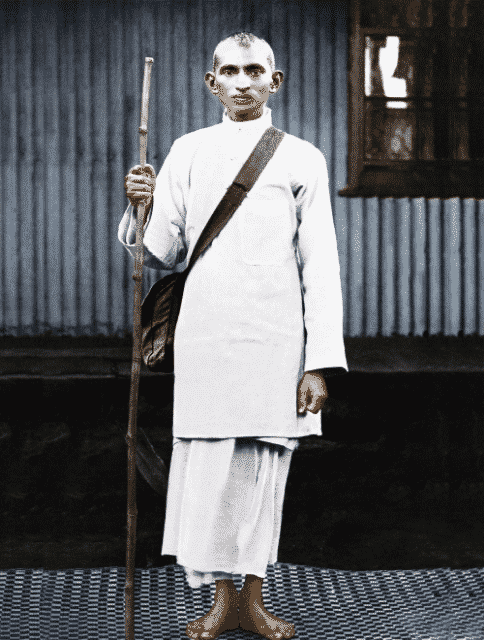 There is no doubt that Gandhi is a powerful, even intoxicating figure, with immense international political, cultural and social currency. Everyone knows Gandhi, everyone calls him ‘Mahatma’. He is today an icon more than a human being, hence his talismanic appeal.

But ‘Mahatma Gandhi: An Immigrant’, presents itself as documenting the man, not the icon. And in this it fails dismally, because it obscures much more than it reveals about the flesh-and-blood, human, historical K Mohandas Gandhi and his role and identity in colonial South Africa. In fact, the narrative it presents is one fuelled by “selective memory”, as Claude Markovits writes of hagiographic representations of Gandhi in The UnGandhian Gandhi.

The exhibition presents a straightforward, simplistic trajectory for Gandhi’s stay in South Africa: he came, he experienced discrimination against Indians, he fought against it, he developed his policy of Satyagraha, or non-violent protest, he took this back to India, and the rest, as they say, is freedom-fighting history. 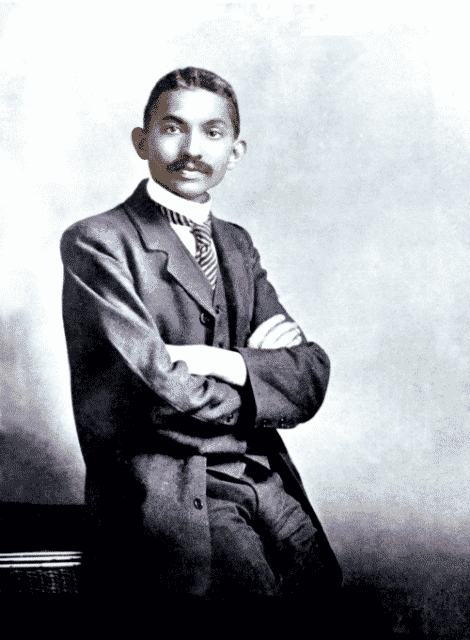 However the story of Gandhi and South Africa is much more complicated, dark and disturbing than this. As Ashwin Desai and Goolem Vahed write in their 2016 book The South African Gandhi: The Stretcher-Bearer of Empire, during his years in South Africa Gandhi “sought to ingratiate himself with Empire and its mission”. In doing so he “he not only rendered African exploitation and oppression invisible, but was, on occasion, a willing part of their subjugation and racist stereotyping”.

For example, the petition of the Indian Natal Congress (for whom Gandhi was the spokesman) against the 1896 Franchisement Amendment Bill in Natal, which prevented Indians from registering to vote, stated that “the Bill would rank the Indian lower than the rawest Native.” After three years in Africa, Gandhi spoke in Bombay, saying, “Ours is one continual struggle against a degradation sought to be inflicted upon us by the Europeans, who desire to degrade us to the level of the raw kaffir whose occupation is hunting, and whose sole ambition is to collect a certain number of cattle to buy a wife with and then pass his life in indolence and nakedness.”

Gandhi also supported the British suppression of the Zulu Rebellion in 1906, organising a stretcher-bearer corps of Indians to aid the British troops. In doing so, he hoped for, as Markovits writes, “an equality of a special sort: limited integration into white South African society.”

In response to this history, Rohini Kappadath says, “We acknowledge that Gandhi was a complex character and don’t seek to idolise him…this exhibition is more concerned with change and transformation and the impact people can have on the world.”

But “Mahatma Gandhi: An Immigrant” opts completely out of the complexity of Gandhi and the specificities of the South Africa under brutal, bloody colonialism in which he operated, instead presenting him as a nothing more than a benevolent icon for universal freedom. It’s the new and improved Gandhi, if you will, and it’s almost as if he stands outside history.

So why does it matter? What is the impact of this editing and re-configuring of the history and person of Mohandas K Gandhi, beyond the fact that it is the result of ‘selective memory’?

As I was peering into the glass case displaying clay figurines of Indians that were originally displayed in the Indian Court in the 1880 Melbourne International Exhibition, I overheard a woman beside me reassuring her son that one of the figures, a male figure in a palanquin being borne by Indian bearers, wasn’t Gandhi: “He didn’t believe that one person should be higher than another.” The boy, sounding relieved, replied with something like, “I knew it couldn’t be him.”

But Gandhi did believe that ‘one person should be higher than another’, not only in his time in South Africa, but beyond, as Arundhati Roy writes in The Doctor and the Saint: “For more than half a century–throughout his adult life–[Gandhi’s] pronouncements on the inherent qualities of black Africans, untouchables and the labouring classes remained consistently insulting. His refusal to allow working-class people and untouchables to create their own political organisations and elect their own representatives remained consistent too.”

By renouncing the real Gandhi – the deeply flawed activist for a very specific form of Indian independence – we remain in danger of oversimplifying the process of achieving truly universal equality, and of overlooking the forces of nationalism, classism, casteism and sexism, and yes, brown supremacism, that can complicate it, even for someone as game-changing as he was.

‘Mahatma Gandhi: An Immigrant’ tries to keep it simple, but here’s the thing: simple stories might be the most appealing, but they are not how we change the world.