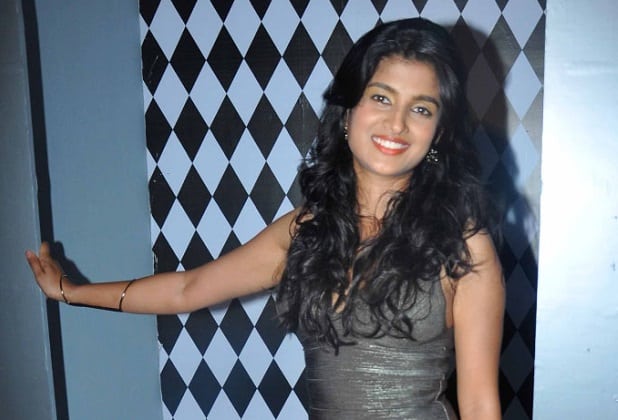 I came out pleasantly surprised.

The rom-com as genre is perpetually misunderstood and misinterpreted in Bollywood. Not this time.

Okay, so what’s the list about? It’s a to-do thingy prepared by our everyman-hero, a regular high-income guy, on Facebook, played by the very engaging Vir Das. Amit has put together a list (yes, an actual handwritten list) of the qualities that he wants in his soul-mate.

Life of course has other plans. Before he meets his Dream Woman (or DW, as Amit’s acronym-obsessed mum would say), he runs into the adventurous, bohemian, dog-loving, bungee-jumping Mala (Vega Tamotia, one-time Sydneysider and UNSW student, today a star in southern films).

Their courtship is conducted with a colourful candour that is not blindingly romantic. The couple sing, dance, run across fields… but with a warning signal somewhere saying, “Babe, bumps ahead”.

It would be unfair to give away the goings-on in the second movement of this very engaging rom-com. Suffice to say that the dips and curves in the narrative all add up to an experience that leaves us smiling and sometimes chuckling.

Amit Sahni Ki List is not a great piece of cinema. It doesn’t aspire to the lofty heights of tragic romanticism (a la Ek Villain). Nor does it, thankfully, converge on a neo-classic film of the past to derive its romantic imagery (a la Humpty Sharma Ki Dulhania).

It is what it is. An uncluttered, elegantly narrated rom-com about an inherently flawed hero. He is so confused about his aspirations as a romantic entity that he ends up wallowing in the kind of giddy romanticism that he probably abhors in the movies that he sees.

As directed by Ajay Bhuyan (some significant talent here), the life and loves of Amit Sahni is both a celebration and mockery of romantic idealism. While the intelligent, witty script takes satirical swipes at Amit Sahni, it also makes room for his heart to grow into something less flighty and frivolous than what flirty films about desi casanovas tend to signify.

While Vir lords over the lush rom-com landscape (a territory surprisingly liberated from vulgarity), he gets some solid backing from the supporting cast, especially Kavi Shastri, who is terrific as Vir’s jockey-buddy (langotiya yaar). It’s amazing how talented the hero’s friends always turn out to be in our movies.

Amit Sahni Ki List is an endearing ‘roam’ com about a restless Romeo looking for… love. And I use this abused term with a giggle since there is an astonishingly short supply of sex in Amit Sahni’s epic love life. For all his back-handed brashness, is our hero shy of making love?

Never mind the sub-texts, of which there are many, in this surprisingly entertaining nugget of a film. Just enjoy Amit Sahni’s journey from a romantic heretic to a helpless believer in true love paragliding into Chattisgarh to win over his lost sweetheart (a bit of Mani Ratnam’s Saathiya here).

A word about Vir Das, who grows with every performance. Here he is vibrant and woeful, frivolous and deep all at once. Watch him in that sequence where he runs into his former girlfriend, now pregnant. As she tells him why she dumped him, Vir’s face registers a deep embarrassment.

Luckily the film never needs to run into any mortifying roadblocks. It’s a smooth ride all the way. From Amit Sahni’s Ms Perfect (Anindita Nayar, tres chic) to his Miss Imperfect’s pet dog, every character here has a mind of its own.

Ditto the film. It has a heart and brains. Go for it.

To read our interview with a young Vega Tamotia click here