August 15 is a date Indians across the world associate with nationhood, and freedom from British rule. SHERYL DIXIT and RAJNI ANAND LUTHRA find out what the term ‘freedom’ means to Indians today 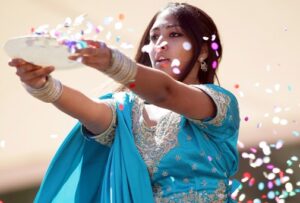 The textbook definition of ‘independence’ is ‘freedom from control or influence of another or others’. Freedom means being responsible enough to enjoy the feeling of doing what one wants without restraint.

But what does the term ‘freedom’ mean to Indians living in Australia? Is it an association that is still kept alive through links with the motherland, or has it taken on a completely new and liberating meaning? And does India’s Independence Day in particular still mean something to us desi Australians? Or is it a past memory of flag hoisting at dawn, followed by bhajjias and garam chai? Indian Link asked people of Indian origin what independence really means to them, with surprising results.

Say it loud, say it clear

I think India has been experiencing more freedom than ever before, and there is still more to come. In the past year we have seen many issues that were hidden brought to light, like corruption and rape, which people never wanted to confront in public in the past. The freedom of expression has become more pronounced, and I feel this is a good thing. This is what India needs, people to collectively voice their opinion and feelings about injustice, and make a demand for righting wrongs. It is a good feeling to know that there are so many people who support the cause of right and who are willing to take a stance, as we have seen in the case of the New Delhi rape victim and the public frenzy that followed, to ensure justice for the young girl who tragically died from her injuries. In saying that I have to admit that sometimes the press in India makes too much of an issue, they give social issues as much importance and coverage as Bollywood celebrities! But overall, it is great to see that India is going through a change where the freedom to speak openly and without fear is gathering strength. I only hope it lasts!

Can I have freedom to go to bed whatever time I want? And have McDonalds for dinner on more nights. Not have pumpkin soup for dinner or yellow dal. Watch TV whenever I want. Skip my shower when I am too tired? Please?

Freedom means not being dependent on anyone. So why single out Independence Day for this, I enjoy this freedom every day! I love the freedom to do what I want in my daily life, raise my family as I see fit, make merry with friends, go out and enjoy beautiful Melbourne! And yet I manage to do my duty to our extended family back home, and the community that I interact with at different levels here.

For me, living here in Australia, ‘freedom’ in an Indian context means independence from pollution, corruption and poverty back there. And for my family back home, ‘freedom’ would mean the same thing – to have running water and electricity throughout the day, and to breathe in clean air instead of the dust and pollution from a million rickshaws, buses and cars! But they also have another kind of freedom, they have the love and support of their entire family, which is what I miss. They keep traditions alive meeting at weddings and parties, they help each other in times of need. When I go back they treat me like royalty! After 66 years of Independence, corruption and pollution have got worse, but family ties have gotten stronger, they have become more multicultural and they last longer. Their freedom is special and they will all celebrate Independence Day together with march pasts and masti, while I will buy a flag from a local Indian shop and stick it in a muffin while singing Jana gana mana!

India may be celebrating 66 years of Independence, but it is still a young country and in opinion, it is getting younger. There is a new breed of professionals, politicians, industrialists that are the new youthful face of India in the international arena, which indicates a change in the way the world sees us – modern and trendy, instead of conservative and obsolete. The old are making way for the young, who are not that much interested in money–making and are keen to stamp out corruption. Maybe because they themselves were born rich, so it doesn’t matter as much to them. They may not have much experience like the older generation, but they are smart and quick learners. India today makes me wish that I was getting younger too!

Freedom to me is being independent to make my own choices, to be able to express myself freely without restrictions, to be a part of this wonderful life where I can respect others and have the same respect returned to me. To be true to myself without the fear of anyone or anything… a reminder how lucky I am to wake up each morning and feel these words ring true every day and every minute!

As an Indian woman, freedom to me means being able to exercise the same rights and liberties enjoyed by men in the society with no questions asked. Freedom from hypocritical values, freedom from double standards, freedom to disagree and not conform to superstition and blind faith. Freedom from fear, prejudice and hate.

Around the world in varying degrees, women are treated unequally. In some places they are not allowed to be seen or heard. Right to education and work opportunity for everyone irrespective of his or her sex, race, wealth or religion equates to true freedom in my opinion.

Peter Parker’s (Spiderman’s alter ego) quote, “With great power there must also come great responsibility,” can be reworded to suit the context: “With freedom there must also come responsibility”. I believe freedom given/ available to a few, causes more harm than good. A society is truly free only when it’s free from inequality and ignorance. True freedom is to be able to live and let live.

Freedom to me, personally, is all about having the option to be creative in life. I believe that if God is watching us, the least we can do is be entertaining and to be entertaining one needs to be creative. During my wonderful childhood my parents gave me the freedom to explore, learn and in turn create. My dad was in a role that required a lot of travel and we lived in many parts of India. In all the travelling we did there was always so much to learn from the diversity and utilise the learning in my own life be it in cooking something from a region, dancing a local folk dance, learning a new language, adopting a new fashion or being inspired by a new book. All of it influenced and enriched the way I lived and enjoyed my life. The experience fortunately continued even after I grew up and finished my education, got married and migrated to Australia. Despite the challenges of settling in a new country, adjusting to new relationships and working in a new environment, there was always freedom to create, freedom to learn and be inspired and freedom to do my own thing. I rate that as one of the highest factors in my ability to enjoy my life and be happy.

I’m called the ‘chanya choli queen’ and I love it! Freedom for me means the chance to wear gorgeous Indian clothes and jewellery and dance to bhangra and Bollywood beats even in the middle of winter in Melbourne! My cousins in Mumbai don’t do this, they dress in western clothes to go to rave parties and dance to Timomatic! I love the freedom to be more Indian than Indian’s back in India. It’s great!

Freedom, like, it’s a really cool thing! My idea of freedom is to go clubbing with my friends, but my parents won’t let me until I’m 21. They’re like, really, really OTT with stuff like that, checking FB and my Mac. But like, I’m not a kid! I’m 16, and y’know, I’d like to play on the PS3 all day, or sleep in late every day, or not go to school, or hang out at the mall all weekend with my friends. I want an iPhone 5, a WiiU, designer skinny jeans and a cool haircut. My parents don’t let me do anything! I guess someone needs to explain what freedom is to them! LOL!

Name withheld on request, or his parents may give him the freedom to leave home!

I depend on me!

I enjoy my freedom. I am a mother and a homemaker, but even with all this, I am free. To have a cup of tea at 11am, to tend to my tulsi and karve pak trees in my garden, to chat with my friends, to enjoy the occasional mums’ night out, to not have to feel the pressure of answering too many questions about my life from inquisitive neighbourhood aunties and not being drawn too deeply into family politics back home. I work, cook, tend to my family and enjoy life – without the aid of cooks, maids or ayahs. And I survived, learning to depend on myself. Living away from India has made me more independent, so I guess I have every reason to celebrate its 66th.

TV time for me

Freedom is to be able to watch the TV I want, peacefully. No saas-bahu dramas for me, or even your Voice, Masterchef, Big Brother or whatever the latest reality series is. I’ve made arrangements to be able to watch the cricket wherever it is being played in the world, and am on top of the footy here. My wife and I now have our own separate TV sets, and I am enjoying my TV freedom.

To be free is not merely to cast off one’s chains, but to live in a way that respects and enhances the freedom of others.

Freedom is nothing but a chance to be better.

Our freedom can be measured by the number of things we can walk away from.
Vernon Howard

Those who deny freedom to others deserve it not for themselves.
Abraham Lincoln

Freedom is not worth having if it does not connote freedom to err.