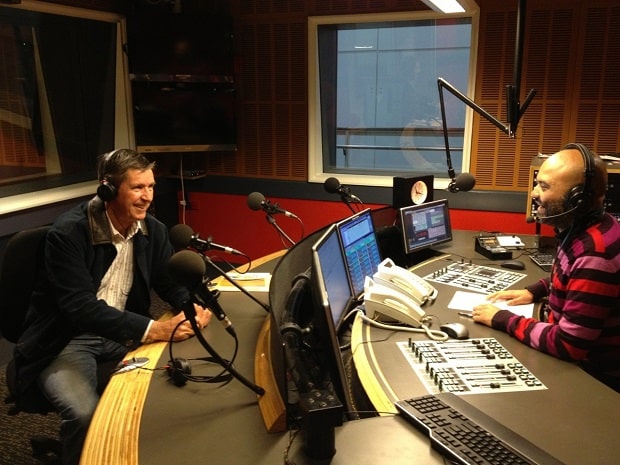 He’s performed at Belvoir Street Theatre, lost the manuscript of the novel he was writing, won some serious money on a game show called Temptation, and managed a pub on the Isle of Man. He jokes that his mother says he was always a performer, that his grandfather made up his surname, that he has no plans for the future. Behind this accomplished jokey, blokey, PhD, is Sunil Badami, a storyteller.

There is a blind spot in the Australian media scape. If we look around at mainstream Australian media, Indian Australians, or indeed many other Australians, don’t often see ourselves reflected back. Sure, there is community media, of which Indian Link is an important part. However, when it comes to mainstream media and more broadly, the arts in general, this country’s national image is mainly constructed around an Anglo-Celtic monoculture. This blind spot where there is meant to be reflection, is part of a vicious circle. Indian Australians don’t consider careers in the arts partly because there are few role models, few mentors, few cultural leaders who look like us and sound like us and share our histories and imagine our futures. If few Indian Australians engage in the arts, how are we to develop expertise and virtuosity, and imaginative, cultural leadership? People like Mridula Nath Chakraborty, Ana Tiwary, Sukhmani Khorana, and Indu Balachandran have made interventions through their ambitious, commendable projects. There have been many individual literary, musical, dance, and other artistic works created by Indian Australians over many years. However, there has been little in the form of reflective surfaces in mainstream media where we can see ourselves and be seen as part of the Australian national landscape. Sunil Badami’s work may seem like one small step for him, but is one giant leap for the weaving of Indian Australian communities into the idea of being Australian.

As a writer, Sunil’s fiction, poetry, literary criticism, reviews, and non-fiction have been published across a variety of publications in Australia and overseas. He credits the loves of his life, his wife, and two young daughters, for being his emotional support as he deals with the often precarious, frequently overwhelming nature of life as a writer. He says, “My wife is one of the best read people I know. When I write, I often just subconsciously assume I’m talking to her. If she likes it, I know it will be okay. I know I married much better than she did.”

As a radio presenter, Sunil hosts Sunday Takeaway on the national broadcaster ABC Local Radio, telling stories about Buddhist nuns, about secrets, about bodies, about how he hated his own name until his mother told him it meant “the breeze that blew the snow off great God Shiva’s head on Mount Everest every thousand years on his birthday”. When a mother tells her child a story such as this, the child is bound to begin to love his name, and to love his mother even more. Sunil is no exception to this golden rule of parenting. He affectionately mentions his mum at least once in every episode of Sunday Takeaway, and twice in every conversation. Sunil’s mum, a highly regarded doctor in Sydney, has been a huge support to him. 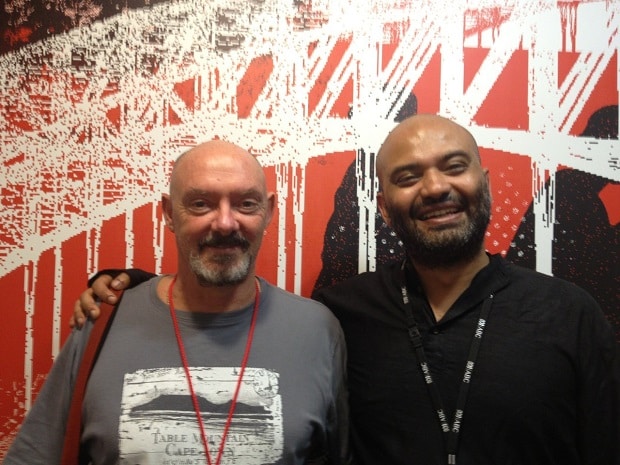 So, how did a one-time restaurant manager who as a child dreamed of being a visual artist, get a job hosting a show on ABC Local Radio? “I have no idea!” says Sunil.

He goes on to underline the important role that community media plays in training talent for mainstream media. “I’d co-hosted a radio show for years on community radio station 2SER, but it was a fun thing, not anything I did with a view to a radio career,” he says. “The manager of Networked Local Radio had seen me on several panels during the Sydney Writers’ Festival and asked me if I’d be interested in coming in to talk about radio. Now, I’ve had enough experience of the media to know when someone asks you to chat about TV or radio opportunities, you’ll probably never hear from them again! And as I was in the middle of submitting my doctoral thesis, I put them off. But I did go in, and after a number of interviews and auditions, I was suddenly asked to fill in on James Valentine’s popular Afternoons show on 702 ABC Sydney. I was terrified! I’d only had four 15-minute studio sessions!”

Sunil had worked as a clown, as a retail assistant, and as a stockbroker. He had long since learned to tackle being terrified. He says of his first week in the job, “A modern digital radio studio is like an airplane cockpit – buttons and screens and sliders and lights everywhere. But by the end of the week, I was having a ball, and I loved meeting new, interesting people and hearing their stories. I did some more fill-ins for other presenters, including on Overnights (2-6am) and was offered my own show, the first new national show on Local Radio, a few months later.”

The ABC is one of the few spaces in the media where people of colour, like Indian Australians, can be makers of mainstream media themselves. Sunil says, “I am really grateful for the opportunity the ABC gave me, not only in determining the content and format of the show – as well as giving it the title – but in offering me a chance to reflect Australia’s multicultural reality beyond the almost homogenous non-Anglo faces on much commercial media. Funnily enough, I remember someone texting in one afternoon and saying how refreshing it was hearing ethnic faces on the radio – I joked at the time that I didn’t realise “our” faces made that much noise on the radio, although I suppose with my mouth open my face did make as much noise as anyone else’s.” 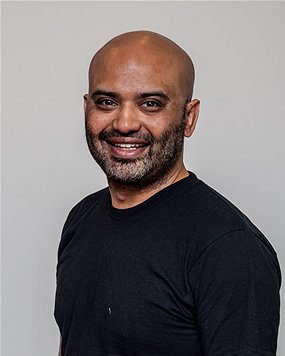 Sunil says that the last thing he wants to do is to claim to speak for all “ethnics”. But, he adds, “I hope that if I am successful in reaching out to wider audiences across the country then it will make it easier for more and more people to become part of the media, regardless of their ethnicity.”

And this is exactly what Sunil’s work is, an accomplished, reflective surface in the mainstream media where we can see ourselves, and imagine ourselves as part of the Australian national imaginary.