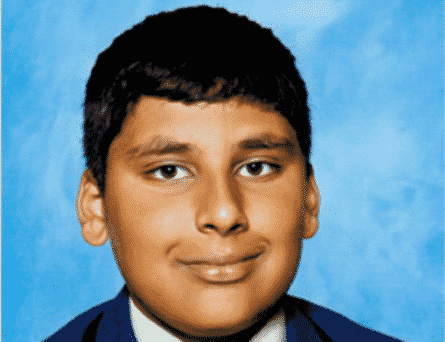 Google announced this year’s 15 finalists for its third annual Science Fair in June, with 14-year-old Viney Kumar making the ‘A’ list as the only Australian, for his innovative PART project.

The Google Science Fair provides a platform for budding inventors all around the world to showcase their innovative solutions, gain recognition on an international scale and realise their dreams of making a difference. The competition is divided into three age groups 13-14, 15-16 and 17-18. This year Viney will be amonge the 15 whiz kids who will head to Google’s headquarters in California on September 20, to present their projects and compete for the prize of a 10-day trip to the Galapagos Islands with National Geographic Expeditions, and $50,000 in scholarship funding.

Viney’s PART program (Police and Ambulance Regulating Traffic) is an android app designed to give an early warning to vehicles, of an approaching emergency rescue vehicle (ERV). The aim is to give traffic enough time to get out of the way of the ERV, which in turn, will enable the rescue personnel to arrive more quickly at the scene of an emergency. “My app has the potential to save lives as it is up to eight times more efficient than the current method of sirens which allows vehicles a reaction time of only 7 seconds to clear the way,” explains Viney.

Inspiration to develop the PART programme came to Viney during his recent trip to India where he was stuck in traffic and could hear an ambulance trying to get through. The helplessness of the ERV drove Viney to explore ideas of improving the system and making it more efficient. He started working on his app in January, delving into extensive research and eventually devising the early warning system employing a web server. “I conducted numerous trials using two cell phones, one sending the warning and the other receiving it,” says Viney. After recording the response times and comparing the existing statistics, I was confident of the success of my program”. 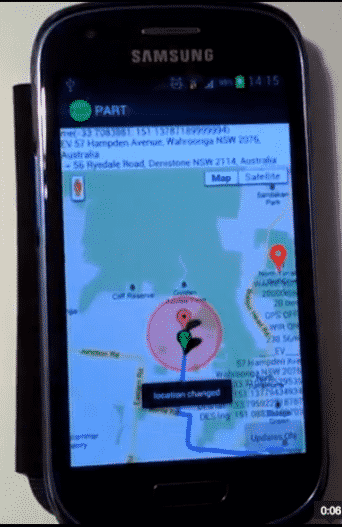 Viney saw the ad for the Google Science Fair online and decided to enter. He says the concept of such a fair was very attractive. “It appealed to me as it presented a creative approach to science, plus the range of participants was from all over the world. Globally 8,000 teens from 120 countries took part and the process was all online,” he explains.

The PART program was entered into the Google Science Fair on April 30 as a prototype, after the process of outlining the concept and writing the report to explain the hypothesis. After rigorous screening, 90 regional finalists were announced on June 12. This was followed by a face-to-face interview on the Google hangout. A second round of judging later, Viney was declared as one of the 15 finalists, and the only one from Australia to make it to this level.

Viney hopes his PART program will be available in Australia in the next couple of years on car dashboards. “Using a web server, the cars will be able to receive early auditory warning of approaching ERVs within 800m via GPS technology,” he adds. “Also, the confusion associated with determining the direction of the ERV will be eliminated as the image and direction of the rescue vehicle will be displayed on Google maps”.

Viney has no plans of putting his app on the apps market as he realises people won’t be able to use their phones while driving. He believes the on car dashboards will be the ideal home for his invention.

But with so many amazing entries from the finalists, like green technology for degrading detergents, a flashlight powered by the human hand, and the method of using banana peel to produce bio plastic, does Viney consider any of them close competition? His response to this question displayed maturity beyond his years as Vinay replies, “I find it hard to name any entry that I perceive to be tough competition because each one of the final 15 projects is on a unique topic in different fields of science. They vary greatly from each other, but each and every one of them has the potential to change the world”.

Viney is a Year 9 student at Knox Grammar School in Sydney where he has received a great deal of support in developing his program. He wishes to thank his mentor for the help with GPS coding, his science teacher Ms De Ridder, Dean of Studies Ms Karen Yager, his parents and grandparents for their tireless support in helping him reach his goals.

Currently Viney is working on a wilderness survival app and hopes to compete in the Google Science Fair next year as well. In the meantime he has set his sights on taking out the grand prize in September. He is also hoping to win the Inspired Idea Award which will be judged by public voting.

Viney is looking forward to all the support he can get from Australians in general, and the Indian community in particular, as his PART program is the first-ever from Australia to reach this stage at the Google Science Fair.

Voting for the Voters Choice Award starts on 1 August. You can help Viney succeed by casting your vote in his favour at: www.googlesciencefair.com/