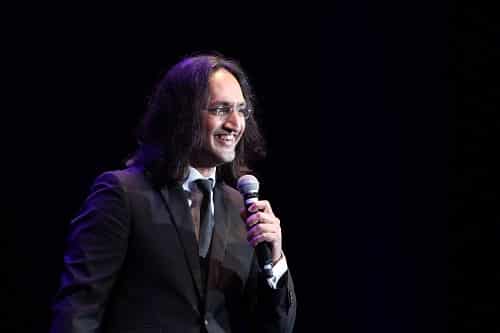 Before starting his career as a stand-up comedian in November 2004, Papa CJ did his MBA at Oxford and worked as a management consultant in London.

“Having started doing stand-up, my brain no longer has the creative capability to even imagine anything else I would do if I didn’t have stand-up in my life,” Papa CJ explains.

This year marks his Australian comedy festival debut as the first Indian comedian to be invited to perform a solo show at the Melbourne International Comedy Festival.

Established in 1987, the Melbourne International Comedy Festival (MICF) is the third-largest comedy festival of its kind in the world and one of the largest cultural events in Australia. The event takes place annually over four weeks and plays host to hundreds of local and international artists; in 2014 the festival listed 469 shows and 6,488 performances (including 159 free performances) by 2,228 artists.

But surely ‘Papa CJ’ is not the comedian’s real name? “Papa CJ is not the name I was born with but is the name I have taken,” he explains. “As a teenager I witnessed a brutal assassination involving an international mafia cartel. I have since been under a witness protection program by the International Court of Justice in The Hague…so I cannot reveal my true identity.” (We hope he’s joking!) 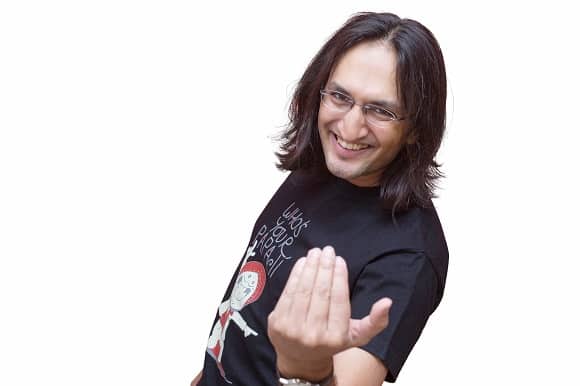 Papa CJ has performed at the Just for Laughs festival in Canada and has been a regular on stage at the Edinburgh Fringe Festival. He has visited Melbourne before, but these shows will be his Australian comedy festival debut.

“I was in Melbourne last year,” Papa CJ says. “What I love the most are the people and the food – really friendly people and delicious food!”

“When I travel internationally, at first I always talk about subjects that are local or that matter to the audience in the room. That builds a bond that allows me to take them beyond their borders,” Papa CJ explains. “With my new show ‘Naked’, I talk about the human experience. And while I use my life story in the show, I talk about experiences that most people have had and emotions that most people have felt. Everybody leaves my show feeling that during a part of it, I was talking about their life and not mine!”

“‘Naked’ is a show that straddles the realms of stand-up comedy, theatre and storytelling,” Papa CJ says. “In this journey, one brick at a time I remove the walls that most human beings keep between themselves and others, exposing myself with all my vulnerabilities and all my pain. For me it is both terrifying and exhilarating at the same time and by the end, while I am completely naked, I am also completely free.”

Papa CJ has performed on a plane, on a train, on a bus, on a boat, in a police station, in the emergency room of a hospital while holding the head of a girl getting 32 stitches on it, and even at gunpoint! He has toured sell-out shows across the globe and last year won the ‘Asia’s Best Stand-up Comedian’ award from Top 10 Magazine.

So, how did this Indian tea-planter’s son become one of India’s most successful comedians?

“I draw my inspiration from life experience,” Papa CJ says. “Ninety-nine per cent of subjects I talk about are things I’ve seen or experienced myself, and my opinion on them.”

“There are so many reasons why I do stand up. For one, it is the most amazing high ever. In years past, adventurers went out into the unknown in search of gold with great hope but not knowing whether or not they would find it. As a professional comedian, I go out into the unknown knowing that I have to find and deliver comedy gold every 15 seconds! But by far the best part of my job is never having to set an alarm to wake up in the morning. Ever.” 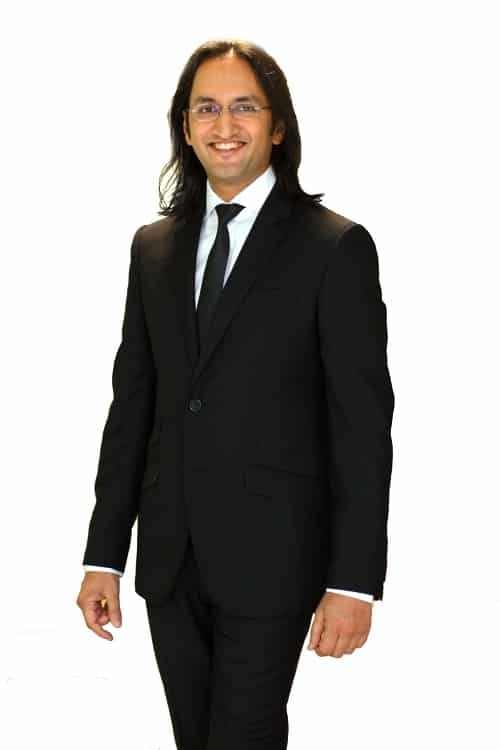 Papa CJ likes to think of himself as an ‘Ambassador of Happiness’. “I had an 86-year-old woman come to me after a show in Calcutta and say, ‘God bless you son, I haven’t laughed so much in 30 years.’ The only other one that I get frequently, which I really appreciate, is when people tell me that I make them proud to be Indian.”

“I personally consider myself to be in the happiness business and not the comedy business,” Papa CJ says. “I get genuine joy out of seeing people laughing and happy. That is why in addition to pure stand-up I do motivational speaking, have founded a charity for underprivileged children and do free shows in hospitals as well.”

Papa CJ founded the charity, ‘One Child’, which provides for the education, health and overall development of children in rural India. He also performs regular ‘Laughter Yoga’ sessions.

“I had an audience member once call me a ‘blessing collector’,” Papa CJ says. “She said, ‘You just go around the world bringing happiness into people’s lives and collecting blessings.’ That really is what I do it for. The laughter on the faces of people and the blessings I receive are my return on investment.”

“Chris Rock. I’d love to have him open for me,” he jokes.

Although the Melbourne International Comedy Festival is mainly a vehicle for headline stand-up and cabaret acts, the festival also showcases up-and-coming local and international acts.

Fellow Indian comedian Rohan Desai has already made his mark at the 2014 edition of MICF. The 25-year-old won a guest spot after the RAW Comedy Roadshow in India, and his performance at Melbourne’s RAW Comedy National Grand Final at theTown Hall last year was a big hit. He earned a place on the Comedy Festival Roadshow India tour and recently performed in India’s largest comedy festival – the Weirdass Pajama Festival. He is back for the 2015 edition of MICF to tickle the funny bone.

Young comedian Ruchir Ash had a surprise win at Raw Comedy India – the Kolkata final was his first major show. He will join other emerging comedians this year for the Raw Comedy National Final, as Rohan Desai did before him.

The Melbourne International Comedy Festival and its Roadshow regularly tours South East Asia and India. Here’s hoping they continue to uncover new comedy talent so the Indians can take on Melbourne more often – not just on the cricket pitch!