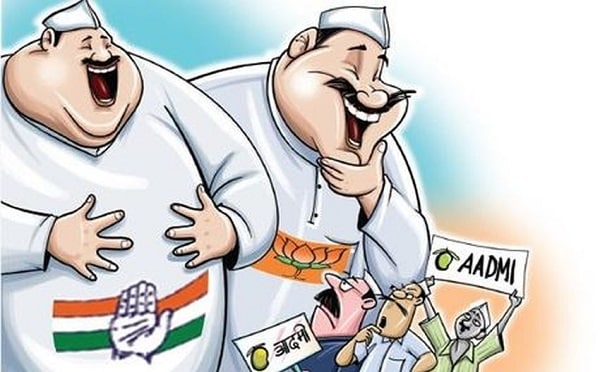 India has long been touted as a third world nation that is itching to leapfrog into a higher strata of recognition in the wider world. Post its independence in 1947, India as a young nation has achieved astounding economic, military, and social milestones. And yet, it remains agonisingly unsuccessful at shaking the third world tag and the reasons for this failure lie within India’s narrative towards its own people.
On the inside, India is failing miserably to uplift the safety, and quality of life for its citizens at grassroots levels. If the top layer of the filthy rich Indian upper class is peeled off, one will stare deep into its vast middle and lower classes that have been left in a state of perpetual deprivation by those who profess to run the biggest democracy in the world.

The long-standing and inherent social, cultural, and religious norms of a multi-faceted India render it susceptible to division by a shrewd political fraternity that is best served by a distracted population, which is unable to appraise and condemn their mediocrity.
I am not an economist, so my emotional arguments will be vehemently dispelled by those who are more versed in GDPs and other such economic measures. India is a booming economy, and is attracting high levels of foreign investment – so on and so forth, and is therefore adequately on track for prosperity in future – they will all argue.
While all these economic rationalisation makes for a good top line growth, the yardstick for success, however, is always the ‘bottom line’ and the return for the shareholders in that entity. Sadly, the ‘bottom line’ of the Indian economy makes dismal reading with a vast percentage of its population drenched in extreme poverty with minimal access to basic amenities and services.
The only political debate that comes out of India these days is about a suitability contest between the BJP and the Congress and who out of them is best suited to run the country. The political landscape of India has already shifted to the next Lok Sabha (Federal) elections to be held in 2019 with all major parties already busy positioning themselves to get into power for a five-year tenure.

The air waves of Indian media outlets are congested with political mud-slinging across various factions. Media channels are cashing in on the preparedness of politicians, intellectuals, pseudo-intellectuals, and political pundits to congregate into so called ‘expert panels’ and sling cheap shots at each other.
What is going unnoticed amongst this mind-numbing political and media frenzy is the blatant disregard for the betterment of the Indian citizens who are being treated as insignificant nobodies.
India and its citizens are not best served by an argument that may decide the political supremacy between Narendra Modi and Rahul Gandhi. Neither does India benefit from a political distraction of ongoing Assembly elections in various States which literally highjack the top government and political brass for extended periods for campaigning in these elections.
The present day government was ushered into power with a huge majority, mainly because of its shameless slogan promising ‘ache din’ to Indian citizens. Those ‘ache din’ continue to evade the Indian population and the BJP has now cunningly distanced itself from its very own slogan. After all, it was a mere slogan, a marketing tool to run a political campaign.

The Congress party, on the other hand, is all about proving the political mettle of a deeply unpopular Rahul Gandhi while trying to fit him in the frame of a Prime Ministerial candidate. The third front in the Aam Aadmi Party held a bit of promise about them before plunging into vicious infighting and self-implosion.
The people of India deserve a political commentary that is solely focused around the upliftment of living standards and access to education, healthcare, and employment for those at the lower end of the society.
Its current political class is clearly not equipped (and lacks the intentions) to deliver this calibre of honest and selfless service to its citizens. So at some stage, Indian citizens have to find a voice that will shake the current political establishments and force them to amend India’s internal narrative.
The political class of India, and others who enjoy a position of power and wealth in top Indian circles (including the media), must take a hard look at themselves and realign their moral compass. They must pledge to put the interests of Indian citizens ahead of their personal ambitions.
Failing that, India will continue to be a third world country at best, if not a La La Land.

Trigger warning: rape, assault In light of the events that...
Read more