Home Archives Melbourne Catching up at the cricket

It’s a police-versus-community clash with a difference 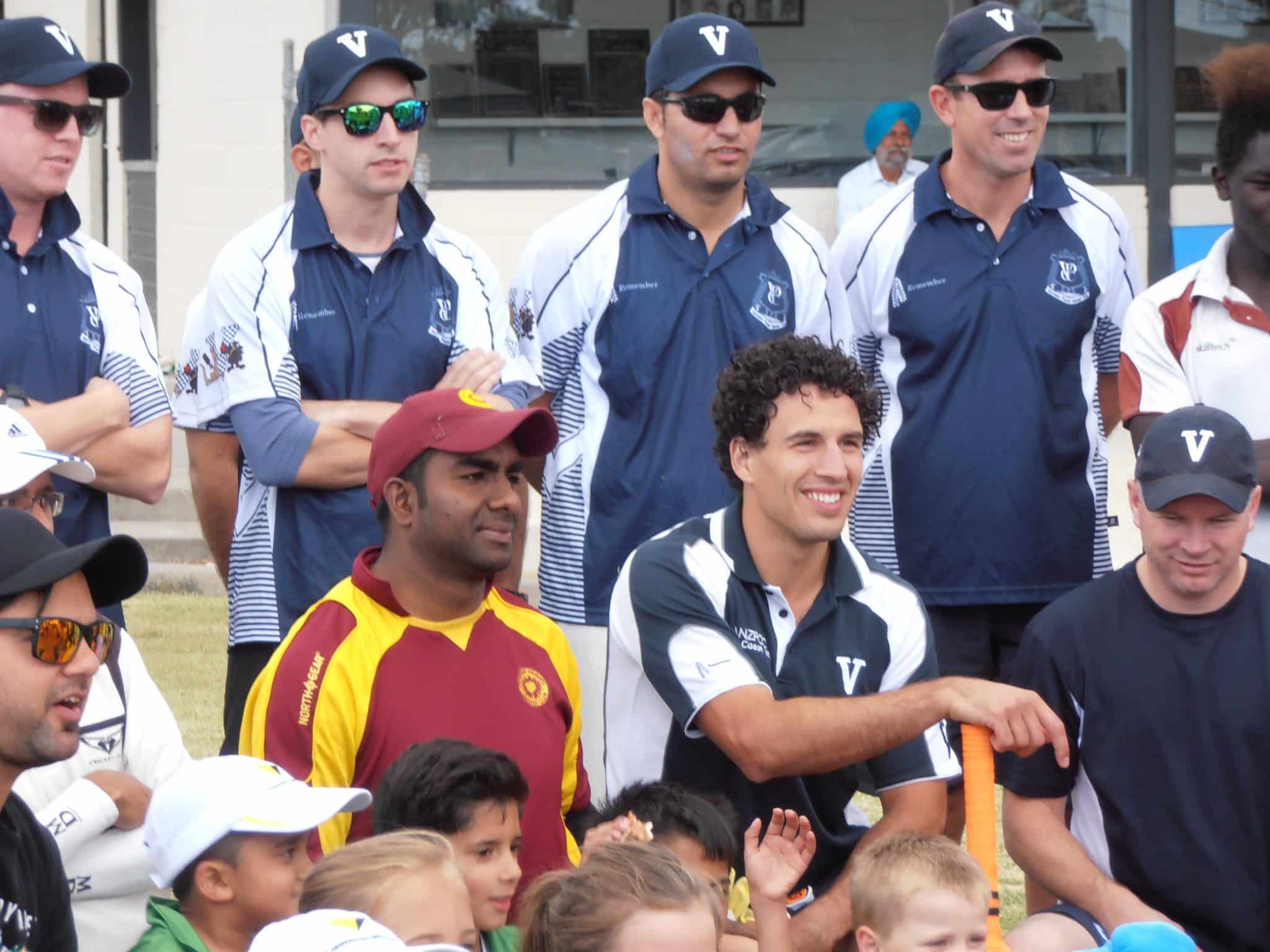 There’s definitely more to our relationship than just cricket, but it cannot be denied that the sport has indeed helped bring our two peoples closer together, not only at the national level, but at the very basic community level as well.

A recent game at Sunshine West for example did its bit to celebrate the diversity in the local community.

The game was hosted by the Sunshine Heights Cricket Club, which proudly continues Australia’s tradition of embracing diverse communities and promoting multiculturalism.

The inspiration sparked from a conversation between the president of the Cricket Club, Chris Hatzoglou, and Senior Sergeant Greg Hinton of Victoria Police, Sunshine, two years ago. They talked about building a relationship between the Brimbank local community and Victoria Police that focussed on inclusivity, understanding and sharing.

Victoria Police are there to nab the wrongdoers, they explained, and assist those in need. However, the police force requires the support and vigilance from community members.

Events such as Brimbank cricket day help bridge the gap between new Australians and the police.

At the game on Ainsworth Reserve, Glengala Road, Sunshine West, Mohsin Abbas captained the Brimbank Community Team, which was comprised of members from the Sunshine Heights Cricket Club. Players came from varying nationalities including India, Pakistan, South Sudan and Sri Lanka. An important value of the Sunshine Heights Cricket Club is to integrate multicultural values with the local Australian population. 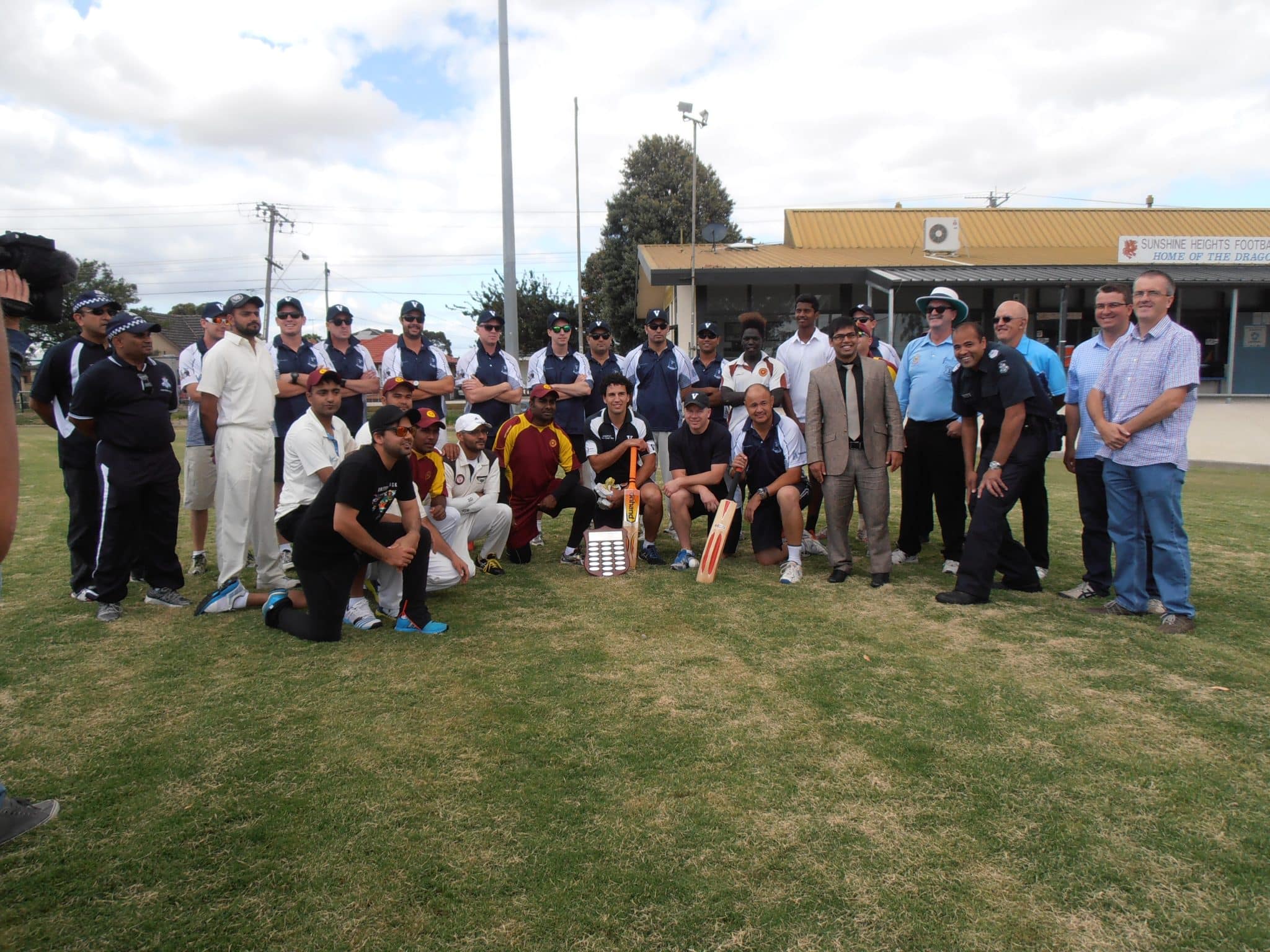 The police team emerged victorious, though no one really cared for the outcome!

(The Brimbank Community Team were all out for 142 runs. The Victoria Police Team replied with 147 for 5).

As Mr Hatzoglou remarked, “The winner is cricket.”

For the players, volunteers and spectators, what mattered was that the community socialised with Victoria Police and had an enjoyable and fun day.

Mohsin Abbas spoke for all his team mates when he said, “It was fun being out there in the middle, doing what we love so much while helping to build strong communities. We’d love to be back next year.”

Volunteers from the local Brimbank community, the Sunshine Heights Cricket Club and the Gurdwara Sahib Khalsa Shaouni in Plumpton, cooked up and served delicious food. Tandoori chicken burgers, souvlaki wraps, pav bhaji and vegetarian pakoras were available to savour on this great occasion.

The T20 Shield match is in its second year running and the Sunshine Heights Cricket Club intends to host more such events.

Earlier, the children of the community participated in a pre-match training session with the Sunshine Heights Cricket Club. Senior Sergeant Hinton noted that it is the children of today that will lead the future.

“We need to set an example for them to be accepting and encouraging to fellow cricketers throughout the world,” he said.

The event proved to be a success. The aims of breaking down social barriers, playing a friendly sport and gathering over scrumptious food were definitely achieved.