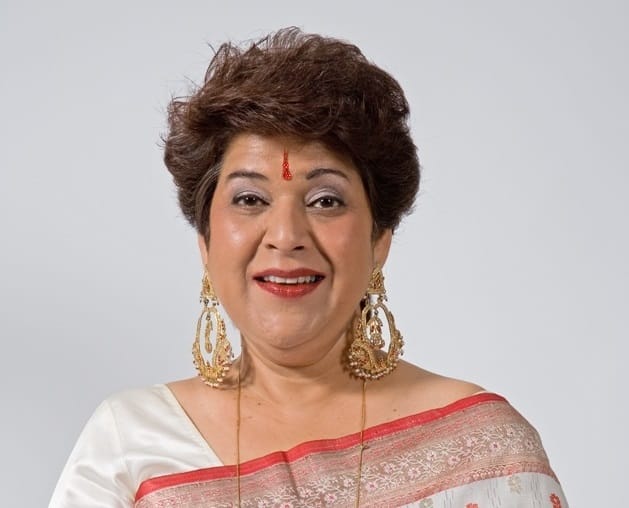 Kumud Merani is a remarkable woman. With a career in media spanning more than 40 years, including 30 years at SBS, this month she was named Journalist of the Year at the Multicultural and Indigenous Media Awards for her impressive body of work, including the recent radio feature documentary The Story Untold.

“I was very surprised!” Merani told Indian Link. “I worked very hard on this documentary and it was nice to be recognised, and I am very grateful to Shaoquett Moselmane [the chairman] and his team, but the best award is the love and appreciation of the listeners”.

The Story Untold is a unique radio feature detailing the surprising connections between Indigenous Australians and India’s first tribal inhabitants.

Last year the Max Planck Institute in Germany released a research paper outlining DNA analysis that proved Indian tribes had migrated to Australia at least 4,300 years ago. Inspired by this concrete analysis and her passion for ancient history and culture, Merani decided to embark on a project of her own.

The first composite work of its kind on this subject, The Story Untold is based on Merani’s three months of research into history, geography, anthropology, science, DNA and spirituality.

Merani interviewed scholars from across the spectrum including geneticists, archaeologists, Indigenous community leaders and anthropologists. “I had never thought about the links between Indigenous Australian and Indian culture before,” she said. “Deep down, we are all one”.

“With the soundtrack, I was conscious of blending sounds of the didgeridoo and tabla to underscore the cultural connection between Indigenous Australians and Indians”.

“It is an imaginative production,” Merani said. ““I have always been interested in history and people, so this combined my two loves and I wanted share that”.

It is unsurprising that Merani has been rewarded for a work with its roots in history and cultural migration. After being one of the youngest lecturers at the University of Mumbai while she was studying for a Masters in ancient Indian history and culture, Kumud Merani later became the first television news reader and anchor at Doordarshan, as television was implemented in Mumbai.

After arriving in Australia with her husband, Merani followed her passion for media and became a television newsreader at SBS World News. After a short time in the role, she found her niche in radio becoming an Executive Producer at SBS Radio Hindi.

“With new migrants, they have settlement issues, immigration issues, visa issues, you can help them. You’re speaking to them in their voice and have that shared experienced they can connect with. Multicultural broadcasters fulfil a very special role”.

“Each story has been embedded in my heart,” Merani said. “They’re like children; each is dear, each has different qualities that make it special”.

A speaker of eight different languages, Merani believes “luck and hard work” have been the foundation of her success in the world of media.

“When I’m planning a topic, I become obsessed. I think about it day and night; I walk it and talk it”.

Merani says she hopes her achievements provide inspiration for the younger members of the Indian community. “It shows that if you work hard, you can succeed”.