A superstar CEO, but without all the answers

I didn’t quite expect an evening with Indra Nooyi to be a series of empowering revelations. On Tuesday night, in the Grand Ballroom of the ICC in Darling Harbour, Sydney, the former PepsiCo CEO was like a rockstar executive/brilliant geek dropping truth bombs and sage wisdom on an audience that lapped up every word she uttered. There was advice for everyone – the CEOs/aspiring CEOs (“The single biggest skill we have as leaders is the ability to zoom in and zoom out”), the men (“When women are working mothers, they’re doing 2 full-time jobs…you have to remember that!”) and the women (“Women shouldn’t define themselves by the labels assigned to them – too emotional or too aggressive – but by the content of their work. I’ve been called ‘Dragon Lady’, but I didn’t care. Because I knew I was the best person for the job”). 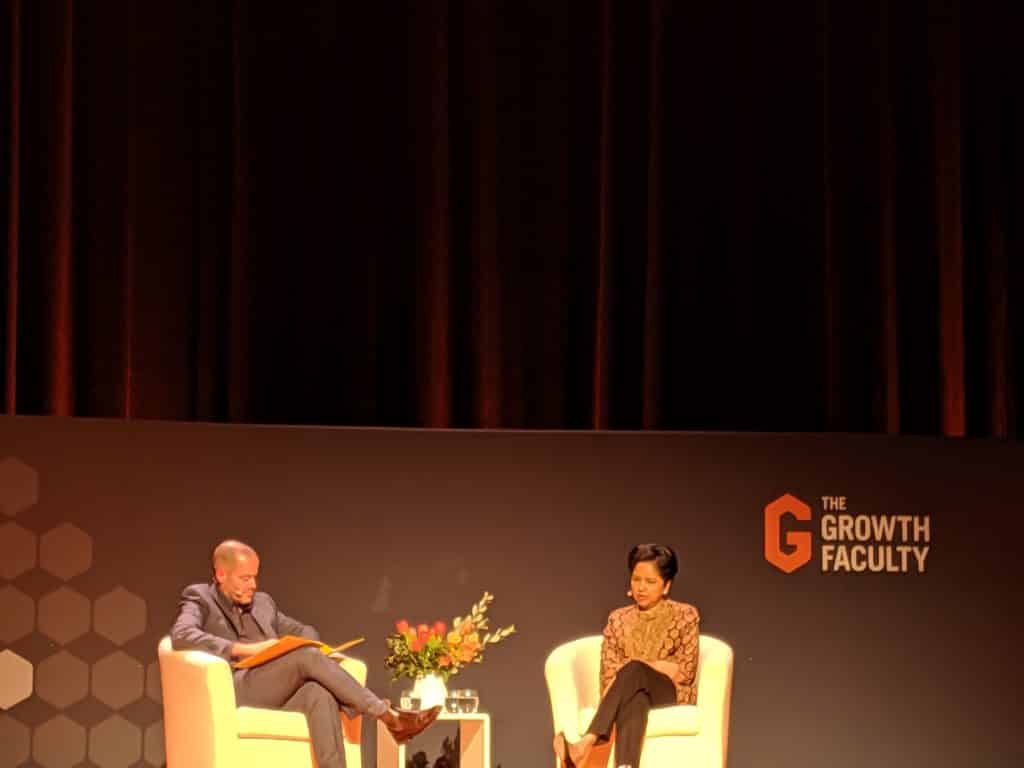 For me personally, as a recent migrant to Australia, in my 30s and with a background in tech and corporate culture, what stood out wasn’t what Nooyi said, but how she said it. Having previously worked at LinkedIn, I’ve had the privilege of meeting and hearing a few (male) CEOs of Fortune 500 companies. I’m not saying Indra Nooyi was more impressive than them… I’m saying Indra Nooyi was far more impressive than them!

There was no corporate jargon, no staged jokes, no dramatic pauses – with Nooyi, it was just a steady stream of articulate responses (“Unconscious bias strips people of their confidence and in doing that, their competence”) and incredibly engaging personal anecdotes (like the time as CFO when she took on PepsiCo’s IT department by ploughing through 3 fat binders of information and challenging them to explain things to her in “chickie duckie” terms because there was a billion dollar project at stake).

Leaders though, even the superstar ones, aren’t perfect. And between a lack of time and a lack of will, they don’t always have all the answers. I wish Nooyi had elaborated more on her relationship with her mom. I wish she’d talked about what it was like to reconcile her role as CEO of PepsiCo with the harmful effects of aerated drinks and their contribution to obesity worldwide. But most importantly, as a millennial citizen of the world, I wish that Amazon’s newest board-member had expanded on Amazon’s ruthless work culture and the damaging impact its much-lauded same day/next day deliveries have on our already-fragile environment.

Nooyi talked about Amazon giving us the “gift of time” and helping women shop easily online (contrary to the popular trope, women also use Amazon to build their online businesses…but I digress).

In the end, with someone as impressive and inspiring as Indra Nooyi, is it wrong to ask for even more?

How do women navigate their personal and professional lives to ensure overall effectiveness?

Indra Nooyi, one of the world’s most successful women in business, told us exactly that, in Sydney recently.

At work, she said, know your stuff. Be current with products and megatrends. Hit the textbooks if you have to. As a team leader, model the behaviour you want for your team. Treat team members like family. Try and write hand-written notes to your team, maybe even to their parents. Don’t be bothered by the labels people assign you. Define yourself by the quality of your output instead (this was definitely my top take-home from the night).

At home, organise your schedule, with your spouse if you have one. Six months in advance if needed. Enlist the help of extended family. Always focus on the job at hand, whatever your role may be – professional, daughter, wife, mother.

Oh, and marry the right guy.

At the end of the day, it was all good sense and practical advice that our mums give us. Yet, Indra Nooyi articulated it with so much authenticity – making it all perfectly relatable with anecdotes from her own experiences – that everyone present, including the men, went home with useful life nuggets.

Was there more we would have liked to hear from Indra? As a person of colour myself, I would have liked to know more about how that played out in her (success) story. Seated beside me, Matthew Browne, CEO of Melanoma Institute Australia would have liked her take on those “50-50, 51-49” decisions that CEOs have to routinely take, as well as how she dealt with the loneliness that so frequently accompanies C-suite roles.

My second takeaway from the night, was the idea that we’re going to see women stepping up in coming decades. 57% of college graduates in the US are women, Indra noted. It’ll be interesting to see whether women in leadership positions can make a difference to the political, economic and social chaos around us currently. As I look around me, in my own age-group of 50-somethings, I’m emboldened by some outstanding examples of talent and ambition I have begun to see. Only a generation ago, women their age might have started to slow down, but these women are pushing onward and upwards, having found new confidence after successfully wrapping up parenting responsibilities (to a considerable degree), and having built relationships strong enough to tell the men in their lives – like Indra – to ‘be thankful they’re on the list’ when they complain they’re low down on the list of our priorities.

Clearly, women like her are being strong role models.

What will help us, undoubtedly, is a rethink on that core issue of the care equation – child care as well as elder care, as Indra noted, and changing the very nature of work to make it more flexible, perhaps with better use of technology. 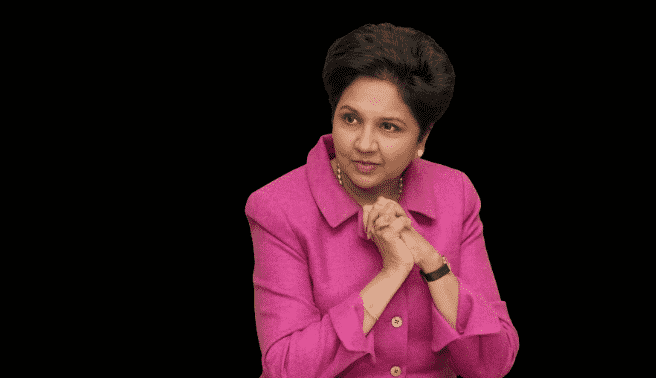 Indra Nooyi was in Australia as a guest of The Growth Faculty.