What kind of a birthday cake would you make for a Luna Park obsessed teenager? A Ferris wheel cake would bring the house down, right? Well, what if you put a motor in it and actually made it rotate? That’s exactly what Melissa Domingo Rawat did for her 16-year-old nephew recently. 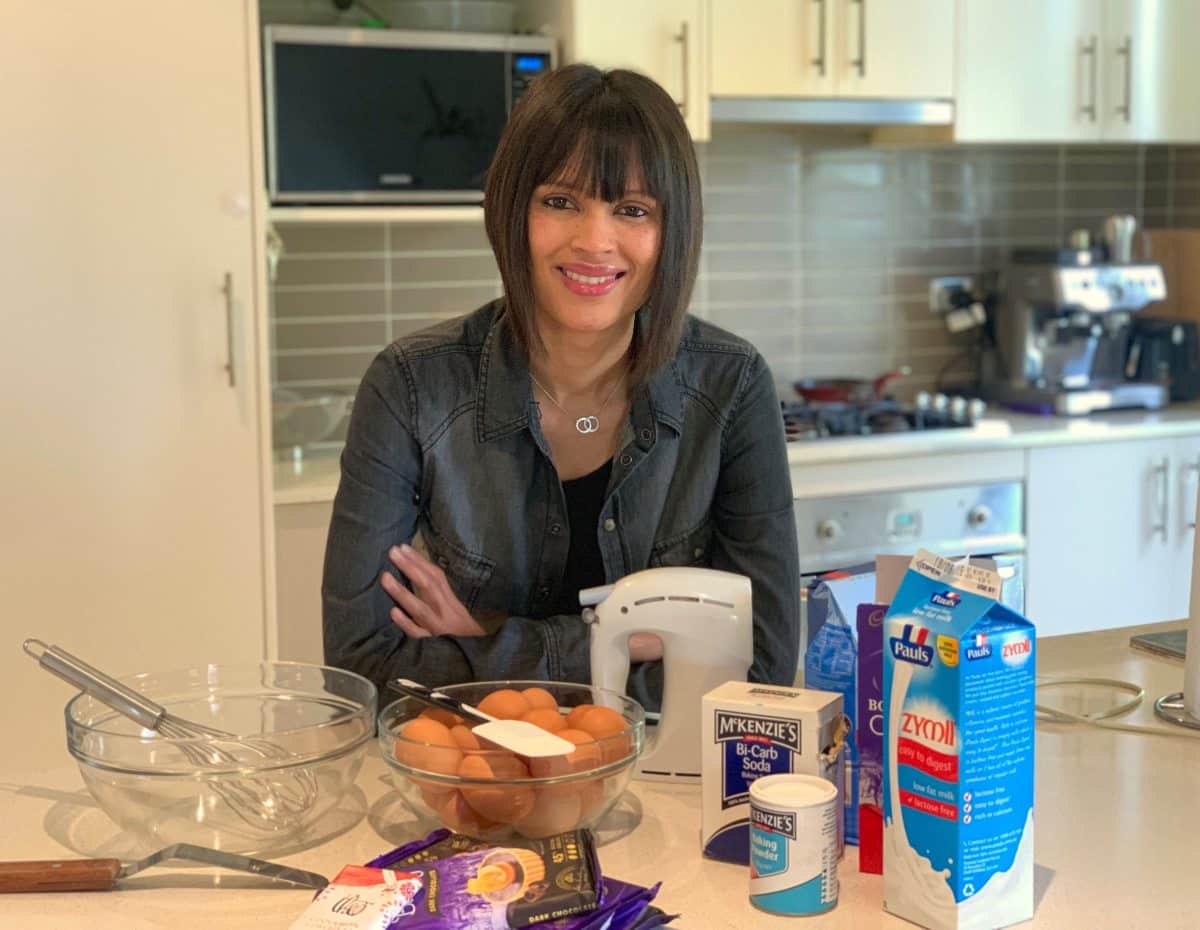 The Luna Park-inspired deliciousness was anything but an ordinary chocolate and peppermint cake. It turned out to be an artwork with sculpted edible elements, its star feature a moving Ferris wheel comprising chocolate and salted caramel popcorn cupcakes as passenger cars.

“It was truly a coming together of my engineering background, art and my love for baking,” Melissa shared proudly. 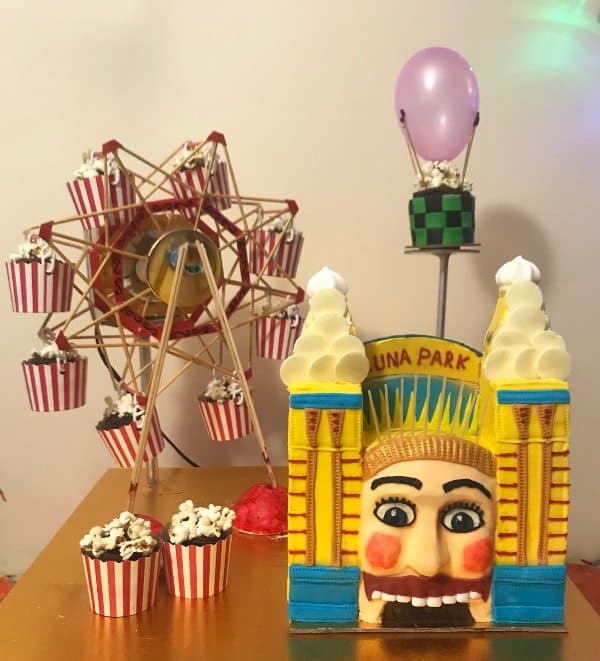 Stirred by passion, combined with a natural gift for art, and generously seasoned with a love of good-tasting cakes, home baker Melissa’s creations are a thing of marvel.

Whimsical cakes, especially those with moving parts, are a particular speciality – thanks to her background in electrical and electronics engineering. 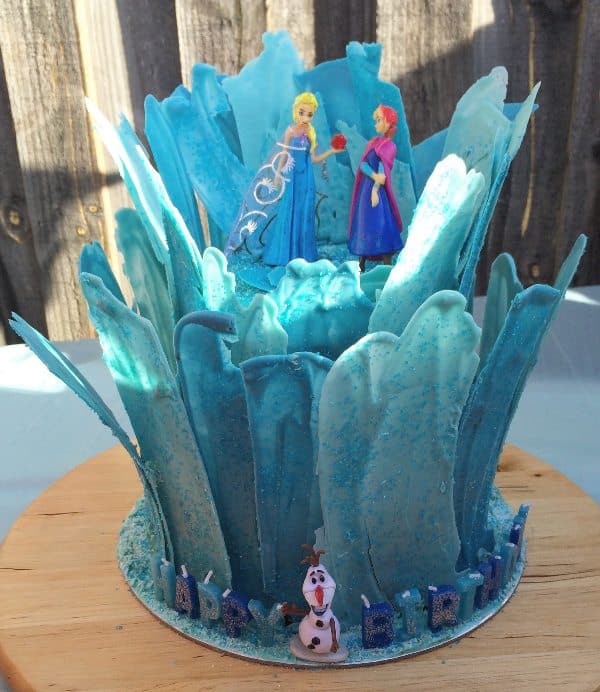 “In the Ferris wheel set up, the motor as such is an AC motor modified to make it a slow turning motor – giving us the slow, steady speed of a Ferris wheel,” Melissa described. “The circuitry is all mounted in a wooden box that I designed and built myself. I preferred to use an AC motor so there’s no chance of running out of power, as might well be the case when using batteries.”

The Sydney mum of two is no stranger to cakes and cookies. She grew up with a mum who loved to bake.

“I come from an Anglo-Indian family in Hyderabad and baked goodies were a weekly affair,” recounted Melissa. “They were simple yet moreish treats that didn’t come with the fancy colours or designs, but I was hooked.”

Melissa made her own first cake as an 8-year-old; little did she know a career of making all things delicious was awaiting her. 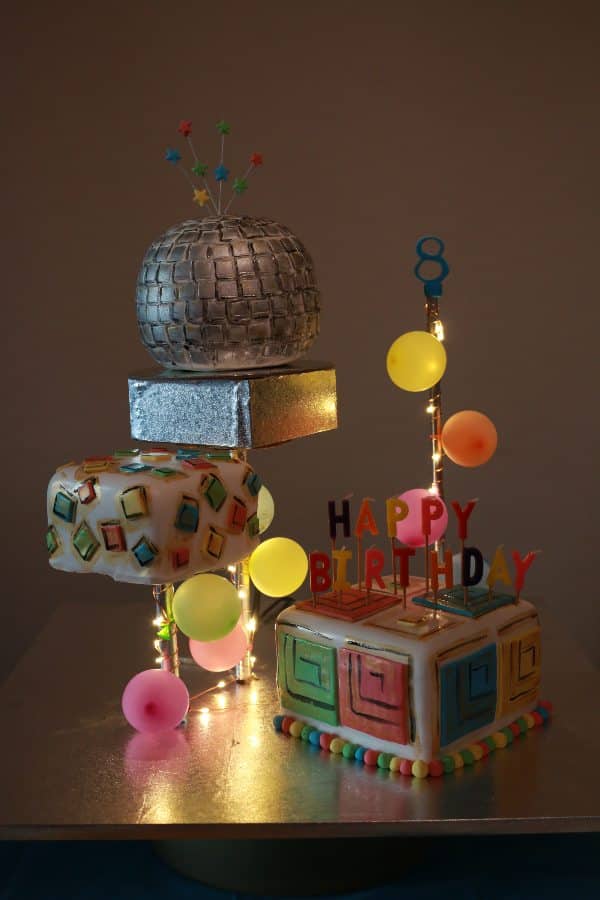 It was not just baking that was the core of the young Melissa’s life. She claims to have been “always fuelled by art in its various forms”. “Music and art have always been other great loves. Yet, like many Indian kids, I was taught the importance of being career-focused, so I put my interest in arts on the backburner.”

Even while being a busy career woman, she never let her artsy side rest completely. She would always make time for things she loved. 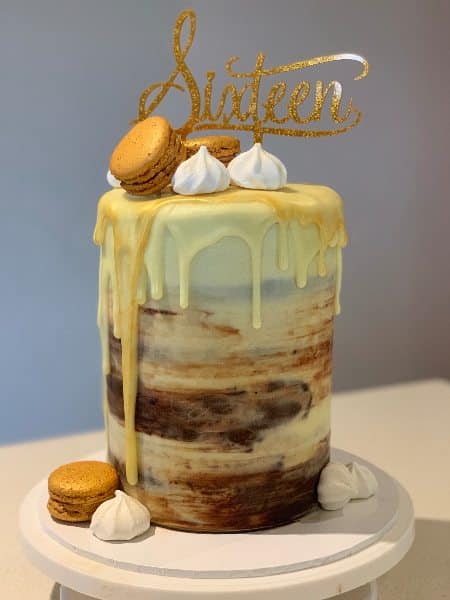 Moving to Australia and becoming a mum, Melissa took to freelance work as child-rearing responsibilities took precedence. As her youngest starts school next year, she is keen to get back in a technical role, but for now, the lady who wears many hats has converted her passion for cakes into a profession, launching a home baking business aptly named Baker Mum.

Making delicious cakes come naturally to Melissa but turning it all into a business was never part of the plan. “I’ve been disappointed one too many times by commercially available cakes,” Melissa shared. “They were always either too dry, too sweet or just not as tasty as I’d like them. Something was always missing.”

So, she started making her own, for her children’s birthdays, and for friends and family. They were always loved and got rave reviews. A gentle nudge from friends who suggested Melissa should be selling her baked goods, was the icing on the cake. Thus began the Baker Mum’s journey.

Melissa has since baked and sold sweet goodies ranging from simple to intricate, and treats for special dietary needs. While she is a self-confessed lover of classic cakes, she doesn’t shy away from experimenting with techniques, and her degree in engineering comes in handy too. The Luna Park and Ferris wheel cake, which gave 30 portions, wasn’t the first time she took on a cake-making challenge with the works. A spinning disco ball cake for her daughter’s dance-themed birthday party, has been another highlight.

“Another cake I am particularly proud of, is a 75th birthday cake for a marathon runner,” she recalled. This one didn’t have any moving parts, but it was created to look like a runner’s pair of muddy sneakers. 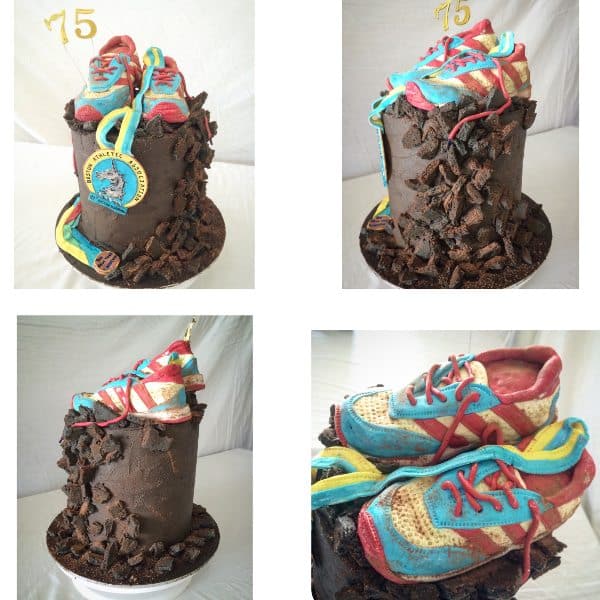 Her impressive portfolio of cakes includes a realistic looking Dairy Milk bar, which could be snapped off and not cut like a real bar of chocolate; a drum set, and several themed and tiered cakes.

However, she’s not just all about Pinterest-worthy cakes; admittedly she enjoys making and savouring simple cakes which are all about the flavour. “I am very fussed on the quality regardless of the scale of the order. I only ever use the very best ingredients and don’t cut corners on quality,” she noted. 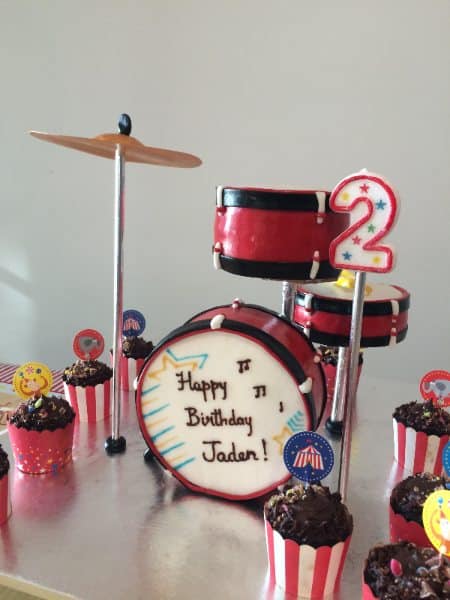 Small or big, simple or grand, the Baker Mum enjoys a challenge.

“It’s the greatest feeling to see an idea come to life in an edible form, but the ultimate joy for me is when the customer is wowed,” revealed Melissa.

We hope her baking adventures continue to sweeten many more special occasions.