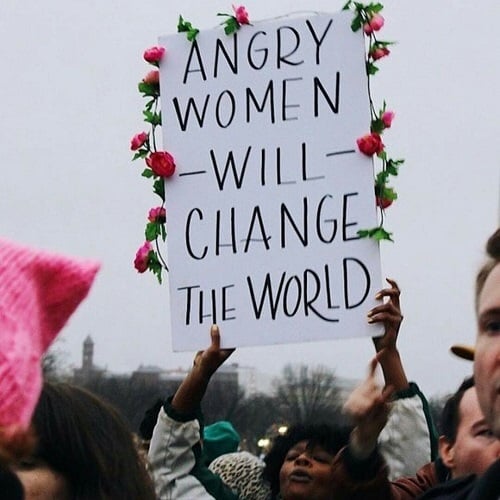 The last time I tried to explain to a group of men that women are (shock, horror, indecorum, whaat) angry about the inequality and violence our gender – over 50% of the population – has faced for centuries and centuries of recorded human history, it just made me angrier.

I was stared at in amusement, condescension, and in some cases, discomfort, as if I had started talking about how heavy my flow is on the first day (god forbid).

Do you know what really made me furious? The fact that I felt like I was ranting, not telling an important truth. Or rather, the idea that the one (ranting) automatically precluded the other (truth) in the eyes of my audience.

Angry women are always given short shrift, and I want to know why.

What is it about our anger that sends off alarm bells?

Statistically, our anger isn’t a major cause of violent crimes – we are overwhelmingly the victims, not the perpetrators.

And, just as undeniably, our anger has been amply justified by the fact that we are still fighting the most basic battles to be heard and believed and respected as equals to men.

Also, guess what? Our anger, when we express it, has more often than not, exposed our inequality and galvanised society to change. Votes for Women, anyone? #MeToo, anyone?

But here’s the thing: humans are creatures of the stories they create and tell each other. And we like to tell the same ones over and over again, in different forms and mediums.

And for too long, the stories of angry women have been stories of bloodshed and disaster.

Euripides’ Medea: Kills her own children in a vengeful rage.

Draupadi of the Mahabharat: Sets off a cataclysmic war in which almost everyone is killed, and craves to run the blood of her enemy through her hair.

The warrior Durga: Loses control when she gets angry to the point of nearly destroying the world. 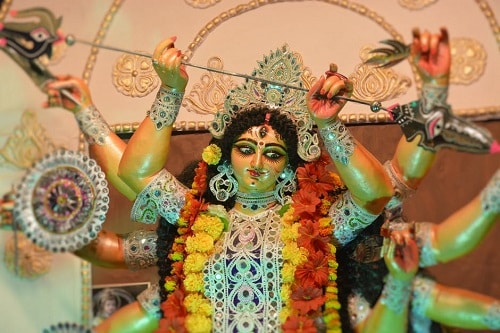 The Tamil epic heroine Kannagi: Threatens to destroy the entire city of Madurai unless her husband is brought back to life.

Wonder Woman: Her anger at her lover’s death turns her into a raging goddess figure who could destroy the world.

Women, in the stories we tell ourselves as humans, screech, howl, rage, and then wreak havoc. Our anger, even when justified, equals destruction.

I have to bring up the ‘vengeful goddess’ trope here: woman as enraged force of nature, destroying everything in her path. She strides through religious texts, classical literature, comic books, movies, novels, and she is often seen as an example of a “powerful woman” by those desperate to sidestep the fact that she is largely the creation of patriarchal male writers, who, surprise surprise, aren’t particularly keen on gender equality.

She also, I would argue, lurks behind every accusation of “angry feminist” and “crossing the line” and “going too far”: our collective cultural consciousness of the moral inherent in “hell hath no fury like that of a woman scorned”.

We almost never tell stories of angry women who create peaceful change, who wield their anger strategically, and with purpose.

Right now, there is much talk how we women need to start talking about solutions, instead of just accusing and ‘shaming’ and speaking out. We need to invite men to the table. We need to look beyond our anger.

But guess what? Anger is how we were heard in the first place. Anger is our rational weapon that we are deploying strategically.

And it is working.

So, it’s time society learns to accept the Angry Woman, and considers the possibility that her anger, instead of destroying the world, might just make it a better place.

Indian Link would like to confirm that Aparna Ananthuni was, in fact, angry when she wrote this piece.