The ancient sport of mallakhamb is introduced to Australia with jaw-dropping results, says  USHA RAMANUJAM ARVIND 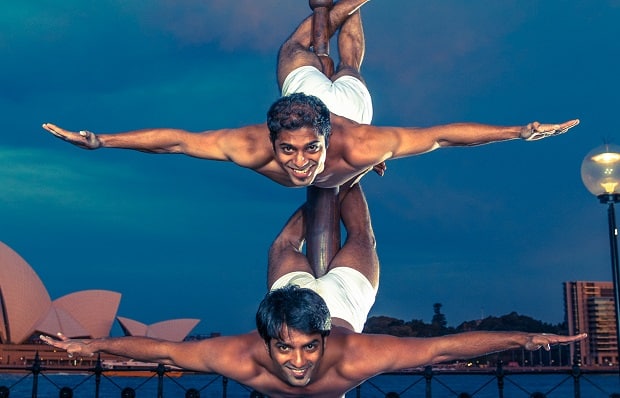 They came, they performed and they left us completely awestruck. With gravity-defying feats and jaw-dropping poses, mallakhamb acrobats Vijay Ashok Bhojane and Rajesh Amrale were one of the biggest drawcards of the recently concluded Parramasala 2013.

In a thrilling performance outside the iconic Opera House, as the duo swung and swayed, the gathering crowds looked on in sheer disbelief. Is this a sport or an art, rhythmic gymnastics or circus acrobatics, they wondered? Whatever it was, it had to be seen to be believed!

Displaying incredible agility, composure and strength, the talented artistes balanced delicately on a wooden pole, performing impossible tricks. Clad in bare essentials, they wound their supple yet powerful bodies around the pole.

“What an amazing feat this is,” onlooker Arya Verma said. “I am so glad I came to watch the show. My two boys particularly enjoyed the physical spectacle. Until today, I did not know that such a sport existed. India is truly a country of wonders and our ancient customs and traditions are full of surprises. We have so much to offer the world”.

This is the first time the ancient art-form has been showcased in Australia. However, Mumbaikars Bhojane and Amrale have travelled the world, wowing audiences wherever they go. They have performed at international festivals, sporting competitions and even on TV, in a bid to introduce this dying sport to newer audiences. While Bhojane has performed in Germany, Holland, France and the Netherlands, Amrale was a 2009 finalist in India’s Got Talent and two-time finalist in the Indian National Championships of Mallakhamb.

Originating in 17th century Maharashtra as a complementary exercise to wrestling, mallakhamb is an ancient Indian sport. Deriving from the words malla (athlete or strong man) and khamba (pole), artists are traditionally suspended from a rope on balancing on a pole while performing a variety of yogic and gymnastic poses. Naturally it develops the mind as much as the body, requiring phenomenal willpower and composure.

Of the sixteen corollary practices that were developed, only one survives, the pole act.

Sadly, this traditional sport is facing extinction as with most Indian art forms, for want of patronage. This quirky sport received a bit of attention in India when it was showcased in the 2005 Bollywood movie Kisna. Surprisingly, mallakhamb has found new support in east European countries.

Speaking to Indian Link at the Prince Alfred Park, Bhojane explained that mallakhamb combines meditation and gymnastics. “It not only develops the muscles of the body but also improves the circulatory system,” he said. “This sport efficiently provides optimum exercise to the entire body in the least possible time”.

“It is wonderful to be invited to Sydney to showcase our body art to the Australian audience,” Amrale stated. “Hopefully all this attention and interest will provide new impetus to mallakhamb,” he added. 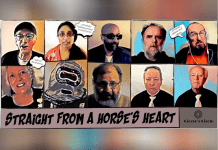 Of waves and shores