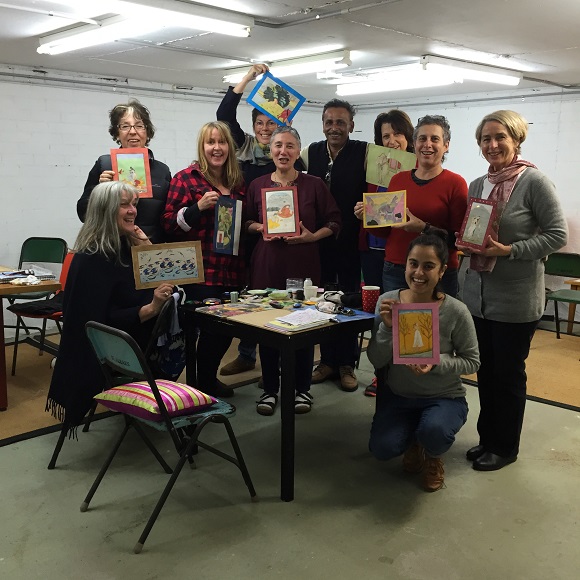 As a society in transition, contemporary India is struggling with the issue of how to strike the right balance between tradition and development.

This ongoing debate forms the basis of much of artist Ajay Sharma’s work.

India’s leading miniaturist, Sharma was in Sydney recently, invited by the Marrickville-based AirSpace Projects, to present an exhibition and a series of workshops on miniature painting.

Exhibiting for the second year in a row, Sharma’s new works entitled Past Continuous, pick up from where he left off last year with The Speed of Life. In the 2014 show, he used a series of horses to lament the loss of traditions and family values, and an increasing disconnect with nature, as a result of rampant modernisation. This time around, he picks inanimate objects, mostly buildings, to remind us of our ancient traditions as we get taken in by the easy pickings of globalisation. 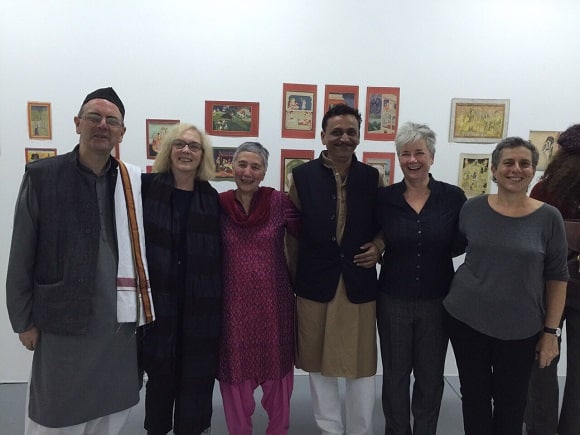 One painting depicts a once-splendid Rajasthani jacket that now appears faded, while a single strand of thread stitched through it on the canvas, shows an attempt at a clumsy or half-hearted restoration.

The past lives on, right under our very eyes, albeit worse for wear. It asks not for tender loving care, but perhaps mere acknowledgement.

There were of course several other miniatures also on display, in the more traditional style as we know them – scenes from Hindu mythology, Rajput courts and lifestyle, Sikh nobles, and from animal life.

Like other artists of his genre, Sharma uses only locally sourced natural materials for his paints, brushes and paper. Yet he breathes new life into this ancient artform by using it to make his bold statements on contemporary themes.

Dr Diane Losche of UNSW Art & Design noted while inaugurating the exhibition, “In the very act of lamenting the past, Ajay Sharma revitalises and brings that past into the present and leaves it for the future.” 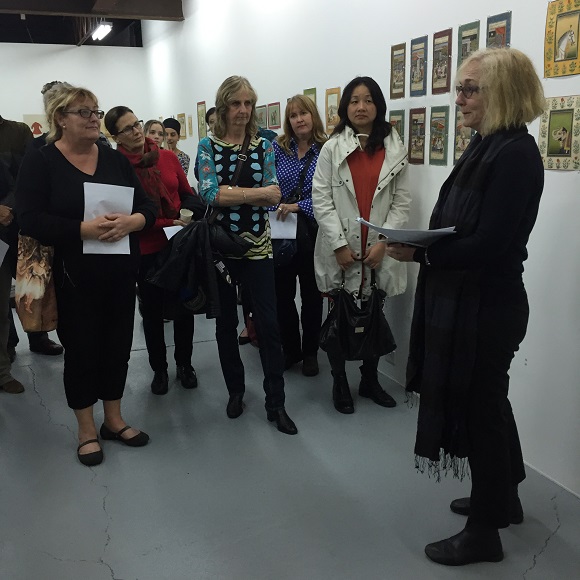 In a career spanning some 40 years, Ajay has devoted himself to conserving and perpetuating this age-old method of painting. At his studio in Jaipur India, launched in 1984, all aspects of the artform, including composition, drawing, conservation, copy work, and the research and preparation of pigments, are practiced.

Today he has taken the Rajasthani style of miniature art to some of the world’s leading art institutions, in the form of both exhibitions and workshops.

Some 25 artists participated in his series of workshops in Sydney this year.

“It’s a wonderful feeling,” Ajay told Indian Link as one batch of students wrapped up. “I am happy and proud to have passed on a tiny bit of our ancient traditions to persons outside of our culture, and in the process, to have done that little bit more to keep the tradition alive.”

But, he admitted with characteristic humility, there’s not a whole lot he can really teach in five days. “My target in these workshops is twofold: stress the importance of patience for the fine work involved, and instill a desire to keep the dedication up for the artform.” 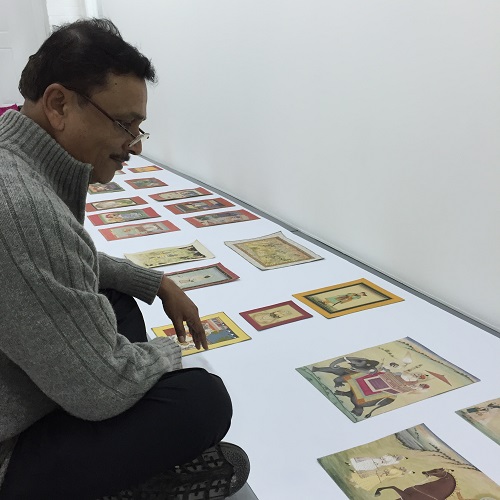 There were challenges in the teaching and in the learning. “The natural colours with which we work for instance, lighten upon drying, whereas the opposite is true for oil or acrylic paints which these artists are used to. But everyone showed great enthusiasm. At the end, as everyone finished their projects, no one was prouder than I!”

Most students chose subject matter typical to the artform in what is known as the Shah Kalam style, although there were some contemporary themes as well.

Ajay need not worry about his twofold aims: most students have agreed to sign up for the series again next year. 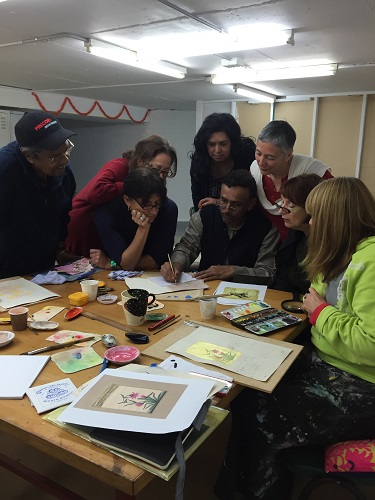 Dr Sally Clarke, Co-Director of AirSpace Projects told Indian Link, “We are looking forward to hosting Ajay’s third exhibition next year. The workshops, organised by Brenda Factor of SquarePeg Studios, and Francine Haywood, provide his students with a profound insight into what it takes to be an artist as skilled as Ajay Sharma. He is now creating his unique works in addition to those that follow the traditions of miniature painting. The new works provide a fascinating response to a modernising India. While he laments the past he is also contributing to the evolution and reinvention of the tradition.”

While Ajay’s exhibition has concluded, AirSpace Projects is keeping a selection of his works at the gallery. People can call Sally Clarke on 0438 020 661 if they wish to see them.

Not your regular Bedtime Story