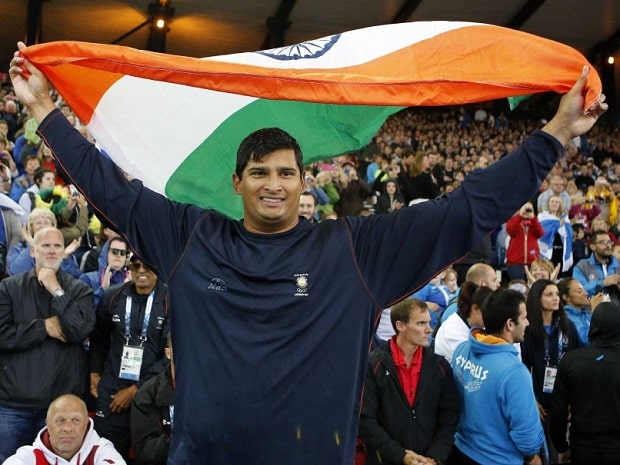 Reading Time: 2 minutesIndia is currently ranked fifth in the standings with 13 Gold, 20 Silver and 14 Bronze medals

Wrestlers and shooters are in the spotlight these Commonwealth Games, with their contributions providing a significant proportion of India’s medal tally.

Good news from the hockey field as India beat South Africa 5-2, storming into the semi-finals.

India’s Dipa Karmakar made history in Gymnastics winning a bronze and becoming only the second ever India to clinch an historic Commonwealth Games medal in artistic gymnastics.

In wrestling, Pawan Kumar fought Pakistan’s Muhammad Inam for bronze. Pawan took the medal in a stunning turnaround after trailing for most of the match.  Yogeshwar Dutt came out to wrestle and took Gold in the 65kg category.

In the women’s events, Geetika Jhakar faced Danielle Lappage of Canada and took silver, while Babita Kumari defeated Brittanee Laverdure, also of Canada, 9-2 to bag the fourth Gold medal for India in wrestling.

According to AAP, world champion Kumar sought out Lawrence for a special one-on-one warm-up session, which demonstrated an uncommon act of respect towards someone so young and of a different nationality.

“To have somebody of that stature take Jayden under his wing and see that he has potential, that was a feel-good story for sure,” Australian wrestling coach Alan Landy told AAP.

Landy added that Australia should speed up the naturalisation of talented wrestler immigrants in order to be more successful and competitive on the world stage.