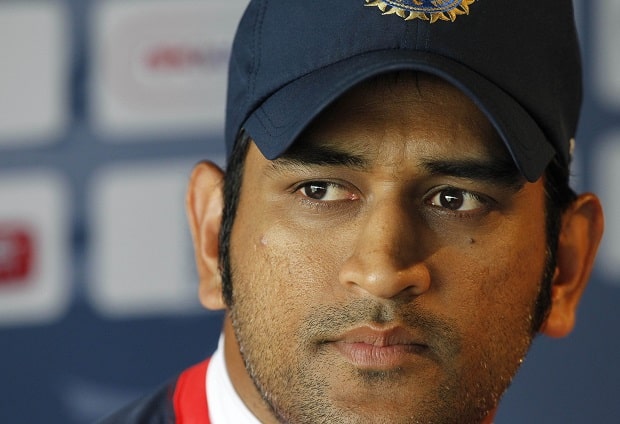 MS Dhoni, I had to write this letter to you, mate. For my own sanity. And perhaps also for the sanity of a few million others. We are all those who cheer for you and the team of men you lead. Cheer you relentlessly, at home and overseas alike.

We are the most optimistic race on the planet. Unflinching optimism, mostly, in the face of extreme sporting adversity usually inflicted by your men upon themselves. And in turn on us.

Do not get me wrong. We stand by you. Always have, always will. Your success, although sporadic and often inconsistent, makes us proud. We wake up at odd hours to watch you guys play. Time zones do not matter much to us. They just ensure we set the correct alarms on our clocks. If we can get a chance to get down to the ground, we do so in all our splendour, colour, and flamboyance.

A bad day at the office is expected and widely acceptable. However, don’t you think a bad tour, after a bad tour, after a bad tour (especially on foreign shores) is a tad bit frustrating? And annoying. And as it would seem watching from far away, the inability to learn from previous mistakes, may enhance the grievance that us Indian cricket fans harbor. You are not individually responsible for the misery the Indian fans undergo while watching your team dish out substandard performances (again, more frequently on overseas tours). However, you are the skipper and hence, the obvious “go to” man. Even for the fans.

Now, with my personal rant out of the way, here’s what I would like you to address, please. First and foremost, scout some feisty balling talent. I beg. And I mean, the Johnson, Steyn, Morkel, Harris, Siddle, Akram, Younis equivalents. In skill, fitness, and temperament. Fast, brutally fast, bullish, and in your face. Pronto. It’s not your role to select players, you may protest. If you know some in domestic Indian circles, or the IPL, push the BCCI to cut the red tape for such selections. Speed them through the ranks.
Go on a dharna (protest) for this cause, if you have to. The current Delhi CM may lend support too (not for the cause itself but in organizing a suitable venue, a mob, and utilities needed for the protest). I will, and I know that scores others too, will come out with you for this cause. And for once, it will not be an unconstitutional protest. Lets make fast bowling in the Indian cricket team ranks a 140 kms plus proposition. Consistently. And of course, with precision and accuracy.

Second, grab all those batsmen in your top order who look and behave like “Bollywood” folk most of the time. Sternly, instruct them that they will score more by flirting with Bollywood ladies (in their spare time), and not with balls outside the off stump (yourself included). I have never held a bat in a competitive cricket game of any credibility, and even I get that deliveries outside off in test matches have to be left alone, most of the times. This obsession has for a long time brought the downfall of Indian batters. So isn’t it high time the top order learnt their lesson. And applied it to their batting performances. Didn’t it work recently in a test match in South Africa when they dug in and held ground? Gave us a chance to win a rare overseas test match. Well, almost. Until our “fast” bowlers let it drift away, yet again.

You and your team have sufficient technical advice at your disposal. Perhaps more than you lot may require or seek at times, you may argue. Coaches, consultants, media commentators, and mentors of all sorts pour out unending technical wisdom and opinion towards enhancing (or sometimes critiquing) your performances. However, at the very core of it is a human element of grit, determination, and putting up a fight. The basic thread of any sporting encounter. And this is where the perspective of a fan must matter and must be conveyed to you.

We seek a fight. An earnest effort. Not an occasional one, but, every single time. We yearn for sustained aggression from the playing eleven. In all departments of the game. We want to stand up and scream out our lungs from the stands when such aggression brings victories. And then if a victory is denied, we will still stand and applaud because your men went down trying. To their very last breath.

Lastly, I am aware that this letter may never reach you. It is insignificant in the larger scheme of things that matter for the Indian cricket team, or indeed, its captain. Yet, in life, if you feel strongly about something and you have a message, then I firmly believe its worth taking a leap of faith, putting a message like this in a bottle and throwing it out into the ocean. Who knows one day it may catch a favorable wave on the social media and reach you.

If it does, do give it a thought. A good long thought.

Until then, we will all get back to what we do best. Support the Indian cricket team.