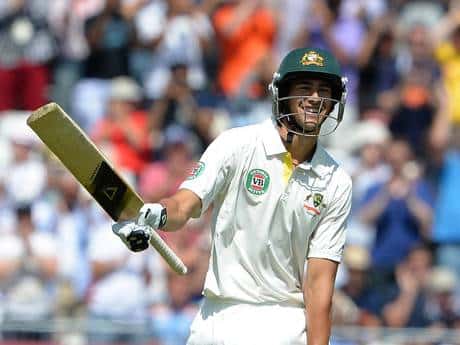 Two runs shy of a century on his first test cricket match representing Australia, Ashton Agar’s efforts of 98 from 101 balls have been etched into history. Only last week this kid was an unknown who’d caught the selector’s eye and caught a huge break to be included in the Ashes line up. After his first ever appearance for the national side, he is something of a national hero. Agar walked onto the pitch as the last man for a team struggling at 9-117 and England had clear control of the match and looked to wrap up the aussies nicely.

Agar came onto the pitch with a calm confidence and steady smile and took a game-changing stand that made Aussies and cricket lovers the world over hail him a hero. Agar, who twice hit Graeme Swann down the ground for six and pulled anything short from the quicks with confidence said, “It’s a dream come true, that’s what it is to me. Forever I’ve dreamed of playing Test cricket for Australia and for my debut to start the way it has I’m over the moon.’’

Ashton Charles Agar is originally from Melbourne and represented Victoria at the underage level, as well as playing a number of matches for the Australian under-19 cricket team. His teammates called him Bambi because “he hadn’t quite grown into those legs of his” and laughed as he fumbled his way around the field. Those same teammates look on with pride as he grew into his form and his talent let to his transfer to play for Western Australia prior to the 2012–13 season, making his Sheffield Shield debut in early January 2013. A left-arm orthodox spinner and capable lower-order batsman, Agar impressed selectors and was called up for Australia’s 2012–13 tour of India, and went on to tour England and Ireland with Australia A. His towering frame, deftness with the ball and batting skills ensured he made his Test debut for Australia in the first Test of the 2013 Ashes series.

“I’m super happy,” Agar said after his stunning performance. “Darren Lehmann just told the whole team to bat in their natural style and that’s the way I like to bat, so that’s what I did. I like to keep myself fairly relaxed and I didn’t get too nervous. I was hitting the ball fairly well and I just tried to keep doing that.” If he continues to play with such calm and confidence and having turned the first test on its head, the Ashes will be exciting to watch and most certainly in the Aussie’s grasp.