A Melbourne-based Indian filmmaker is earning praise for his short films that touch upon socially relevant issues.

The film was recently screened at the RMIT Indian Film Festival, Melbourne and Norway Tamil Film Festival in Oslo, Norway.

Mohanraj says it is based on personal experiences, but that its message is a sincere attempt to portray the life of many Indians, whether they live in India or outside of it.

“It’s a fast paced world and most of us are constantly on the run, searching for that elusive happiness which we think lies in higher comforts,” Mohanraj told Indian Link. “In the process, we tend to take the most important things of our life for granted, not valuing or cherishing it till it’s taken away from us.”

Mohanraj admits that he is not a trained filmmaker. A movie buff during his younger years, he was fascinated with this medium of storytelling but never considered it a possible career.

A native of Vellore, Tamil Nadu, he first came to Australia as a student to pursue Master of Pharmacy (M.Pharm) at Curtin University of Technology, Perth.

After his studies, Mohanraj returned to India to work in the pharmaceutical sector but four years later, his desire to study further saw him secure an international student scholarship to pursue PhD in pharmaceutical nanotechnology at Ian Wark Research Institute, University of South Australia. And this time, he migrated with his wife and young son. 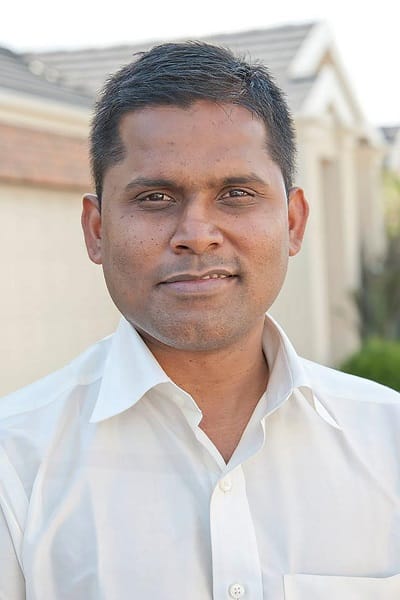 Today, he works as a Regulatory Affairs Manager with a leading pharmaceutical company in Melbourne. In spite of a hectic day job, Mohanraj did not give up on his passion for filmmaking.

In 2006, he happened to come across a short story which touched him deeply. He could not shake off the feeling that he had to do something more with it.

“Without planning or a proper script, I started my first short film but I associated myself with the right people or was lucky enough to reach the right people to get my work successfully completed,” he revealed.

His first short film, Engeyum, (Everywhere), also has a strong social message, the theme being sexual exploitation of children and women. A simple narrative, it ended with a social worker suggesting changes needed to check the malaise.

In the meantime, Mohanraj did a short course, “Film making: Start to Finish” with the Centre for Adult Education (CAE) at Melbourne. “The course helped me to learn basic skills in production, direction, camera operation and editing. It told me how to storyboard a script, find locations, shoot the film, and then edit,” he said.

With Ivaral, he could collaborate with Ghirija Jayarraj, owner of the Australian production company Rajsha Productions. Jayarraj was instrumental in fine-tuning the script, and provided services such as line producing, production management and other support. 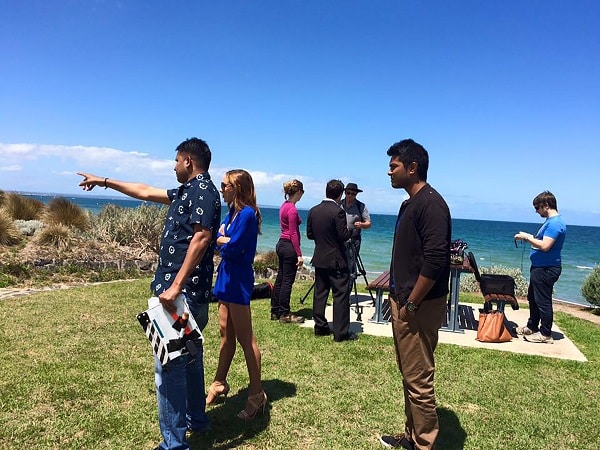 Mohanraj’s approach to filmmaking is simple. He likes to explore the varying facets of rural or semi-urban life. To date, his work has all been self-funded, which speaks volumes about his passion for filmmaking.

“For me, making short films was never about making money. I just did not want all the hard work, time and money put into it to go waste,” Mohanraj said.

So, he released the film online through a link on GoFundMe, requested people to watch it and share a few dollars, emphasising that the money collected would go for a good cause. “This way, I could get conversation about the film to roll on. I received some support and was able to raise $620 (INR 30,000),” he said.

This money was used to set up a much-needed hand pump bore-well for a tribal population in the Javadhu Hills in the Eastern Ghats in India. The villagers have no access to most basic amenities like wells, medical facilities or proper motor roads. Agriculture is the main occupation for many and without a well nearby, the villagers had to walk long distances to get water for their basic needs. Mohanraj hopes that this well will help these people to get easy and safe water for their needs.

Mohanraj feels that there must be better representation of India at film festivals with more regional language films screened, which will promote diversity and encourage new talent.

Directing a full-length Tamil feature film is his dream, and he is confident that with the right script, he will be able to find a producer and realise that dream.

Ivaral is not available for public viewing at the moment as it has been submitted to the Chennai Film Festival. Engeyum can be viewed on YouTube

Why we need to sing about female desire