The senior scene in Melbourne is enriched by some very special people. Each one of them has their own story, which I would like to share with you, special moments of hardship, challenges, valour and determination which we should all learn from and applaud. 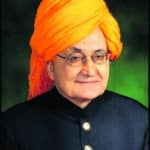 Kanwar Yaduveer Singh was born in the royal family of Geejgarh in Rajasthan. Originally from Pokhran, the Maharaja of Jaipur bestowed Geejgarh to Yaduveer Singh’s forefathers six generations ago, which was done on the basis of service to the State, or for valour. The present Thakur of Pokaran is Yaduveer Singh’s grandson.

The royal Geejgarh family was BPI (British Protected Persons) and in 1946, ‘Yadu’, as Kanwar Yaduveer Singh is affectionately known by his many friends, joined his brother studying Law in London, to begin his own studies in Engineering at University of London. When on vacation in Switzerland, Yadu’s brother and wife met an English family, whom they invited back in London, to an elaborate dinner at Veeraswamy, a famous London restaurant renowned for their classic Indian food. At that dinner Yadu met Daphne, the English family’s beautiful daughter. After four years of courtship, Yadu and Daphne tied the knot.

Thakur Kushal Singh, Yadu’s very traditional father heard the news, blew his top and refused to meet and bless the young couple. Like British monarchy, the royals of India observed a primogeniture tradition, which means the eldest son inherits the title, and the Jagir and the younger sons get whatever the father decides to give them. Yadu’s father chose to deny him a share of the estate; however, Yadu’s mother gave him a part of her’s.

Daphne and Yadu were gifted a son and a daughter. Yadu was in England when his father died, but sadly, Daphne’s health began to deteriorate soon after and she finally passed away. But when Yadu celebrated his 75th birthday with friends, he received a call from his daughter who lives in China with her husband. Imagine his surprise and delight when his daughter walked into the restaurant, while still talking to her father on the phone. A surprise of a lifetime! Kanwar Yaduveer Singh is now Thakur Yaduveer Singh, a title he inherited on his father’s demise. 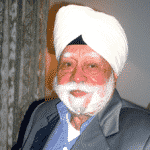 Philosopher, linguist and a treasure of Melbourne’s Indian community, Sardar Bharpur Singh Mokal is a survivor of Jallianwala Bagh massacre of 1919. Blessed to attain his ninety-seventh year in October 2012, Singh relates many sordid tales and eyewitness accounts of the Independence movement of 1920 against the British raj, of India during WWI and WWII, and post-Independence India as well. The atrocities he encountered left emotional scars on his psyche.

Singh’s primary grief is that while ordinary Indians suffered in the past and continue to do so today, most politicians remain self-serving. This led him towards philosophy and therefore, towards understanding inner peace. In 1985 Singh joined his son in Australia, which he now calls home while continuing with his endeavours to spread the universal message of love and peace. A member of many Indian senior citizens associations and a Life Member of ISCA (Indian Senior Citizens Association), Singh has played a pivotal part in the creation of various Indian Seniors Associations, and also in the inception of the latest Indian Seniors Association in West Melbourne.

Thanks to a daily physical exercise routine, Singh is fit and alert. At his age he drives, reads regularly, writes articles for several newsletters, as well as motivates seniors to practice self-discipline and positively utilise their time and skills for their physical and mental health. He is computer literate, and enjoys mobile phones, iPods and MP3 players etc., while most other seniors lag behind in technology.

The secret that governs Singh’s healthy mind and body is that he follows laws God dictated to run the universe, as well as regulations that society designed to serve communities. A true role model and a religious person, Bharpur Singh believes that to do good, one has to be good himself. He is one of only two seniors whose feet I feel fortunate to bend down and touch in reverence.

Imagine being stranded on an island with no extended family or friends. It is difficult, isn’t it? That is what Parag Mody’s parents felt when they arrived in Australia in late 1993, with not much of an Indian community around and the least support available. After deep thought and talking to his friends, at the age of just 32, Parag decided to do something to help his parents enjoy their stay here, feel much more comfortable with seniors of their own age and make new friends of their own. Parag started the first Indian Senior Citizen’s Association, initially called ‘Forum’ in Melbourne.

After more than a hundred calls, extensive publicity in media (SBS and general newspapers), and large amounts of leaflets at various Indian shops, the first meeting of the Forum was held on April 15, 1995. More than 20 seniors attended the inaugural function and at its end, each of them had a happy smile on their faces. Parag found their response tremendously encouraging and he organised more meetings and programmes for the Association. Over the years, thanks to the efforts of past and present Presidents and Working Committees, this association has now grown to more than 300 enthusiastic members who participate in various activities including singing, dancing, picnic, information and learning sessions. After all, one likes a place because of its people, more than anything else. Making it easy for our seniors to settle in a new country is the least we can do for them, says Parag. After all, he feels, we are all going to be seniors one day.

Medicine as well as literature 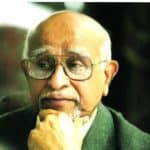 Saif Chopra’s trader ancestors migrated to Zanzibar from Mandvi, a town in Gujarat, around 1865. Gujarati was his mother tongue, and Swahili was his adopted one, but Saif indulged in Urdu and Hindi to enjoy the pleasure of Indian movies.

A government scholarship enabled Saif to study medicine in Karachi and Lahore, where he was introduced to Urdu. His already strong interest in Indian music found expression in India, and Saif polished his passion by playing the piano, harmonium and piano accordion in various social functions.
Saif’s medical career began in a remote town in Zanzibar: no electricity, no running water, donkey express to get around. He performed many intricate emergency surgeries including opening up of windpipes, etc., under hurricane lamps. He recounts that to examine a decaying body in a remote location, the local constabulary carried Saif over their shoulders in the dark, for the terrain was rough and dangerous. During the Zanzibar revolution, Saif was assigned the humiliating job of a Prison Officer, yet continued to publish papers in medical journals. Deteriorating endemic conditions forced him to move to Kenya, where he lectured in medical schools. 1971, Saif was awarded a World Health Organisation Travel Fellowship, under which he researched migrants-related cancer and epidemiology, which was presented in many world hospitals, including the Tata Cancer Hospital in Mumbai.

As a postgraduate from London, Saif met Fatima who had studied midwifery in Cambridge, they married and had their honeymoon in Spain. In 1975, Saif moved to Australia as Specialist Pathologist. After gaining experience of treating aboriginal people in Alice Springs, he was transferred to Bendigo where exposure to the large Indian community offered him an opportunity to entertain them through musical evenings locally and in Melbourne. Saif writes his own melodies, which both he and Fatima sing on lyrics he composes himself. Saif’s book in Hindi titled, Jivan To Ek Safar Hai, was launched by the Indian Literary Society, and his book in Urdu is called Urdu Meri Zubaan Naheen.

Saif, Fatima, their three daughters, their husbands and eight grandchildren are all lovers of Indian music and eagerly participate in it.