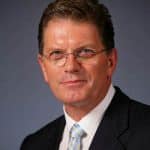 After a phase of decline in Indian students coming to Australia, the continent nation is once again registering a rise in number of students applying for admissions to its universities.
Talking to IANS on the sidelines of a press meet in New Delhi, Australian High Commissioner Peter Varghese said around 30 percent increase has been noticed in number of applications for Australian universities so far.
“There has been a significant increase in number of applications received and the number of students applying for universities in Australia. The increase is almost 30 percent compared to last year,” Varghese said.
A major decline was noted in the number of Indian students going to Australia in 2010-11.
“Compared to the peak years of 2008 and 2009, there was nearly 40 percent drop,” Varghese said.
The decline came close at heels with a number of incidents of violent attacks on Indian students in Australia. Varghese, however, said the incidents were not the main reason behind the decline.
“There was decline not just in the number of Indian students but in the number of international students from all countries. It was because of the overall economic scenario, and high (Australian) dollar value,” he said.
Ted Baillieu, the premier of Australia’s Victoria province, who is visiting India, also said that the number of students from India was increasing following special steps from the Australian government.
“We have started to see an increase again. The state has taken steps to ensure safety of the students and we are very serious about it,” Baillieu said, replying to a query.
“There is more patrolling, more police presence. We have taken it seriously,” he said.
More than 100 incidents of attacks against Indian students have been reported in 2009 and 2010 in Australia, mainly in its Victoria province.
Varghese says new visa rules are attracting more applications.
“The new visa rules allow students to stay for a few years after completing their degree and work, so more students are applying,” he says.
The new visa rules announced last year allow students to stay back from two to four years after getting degrees and also allow them to work.
Canberra had earlier tightened visa regime for Indian students, stating that a number of them come to Australia to settle down by taking admissions in non-skilled vocational courses like cookery and hair-cutting. It had implied that this was one of the reasons for a series of attacks on Indian youths here.

Dilemmas of an Aussie guy in Chennai

A picture of perfection