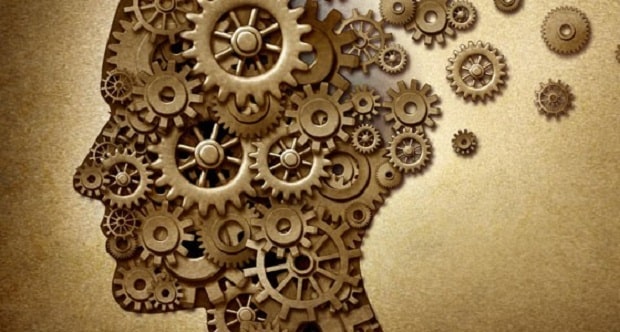 Reading Time: 3 minutesPatients are often in denial of the condition of their mental health because of social stigmas, says TANVEER AHMED

Working in an area adjacent to Parramatta and Harris Park in western Sydney, a region commonly called Little India due to its large South Asian population, I am regularly referred patients from Indian and South Asian backgrounds. Being a psychiatrist, the patients do not come willingly. They are usually desperate and often come at the urging of relatives. Worse still, a portion are referred after falling foul with the law, usually a sign they waited too long for treatment.
Mental health is simply not an area that is particularly well understood or even accepted, in our cultural sphere. There is a great deal of stigma and ignorance. For example, even my specialty of psychiatry in the language of Bengali is known as ‘pagol doctor’, essentially translating as crazy doctor. The reference to ‘crazy’ intentionally overlaps with both the treating clinicians, as well as the patients.
Some of this stigma is reduced after spending time in Australia, where there is much information and attention upon the issue. Mental health has a significant cultural component, so it is not unreasonable that many of the older generation find it a little foreign. It is really a synonym for human emotional distress and becomes an illness when it hampers our functioning with regards to relationships and work.
Coming from traditional cultures, many of us are more likely to view any distress we feel in relational or cultural terms. Treatment must also encompass the broader family and cultural situation. So a lot of my job is trying to translate the very notion of mental health for patients who simply do not view their distress in those terms.
Because our culture has little discussion or even the language for mental health, patients are far more likely to present themselves with physical problems. For example, headache, high blood pressure or unusual tingling of the limbs is very commonly related to underlying anxiety or a depressed mood. Expressing our distress through physical symptoms is more acceptable in our cultures. It is also more common in the elderly among white Australians, so it is far from limited to South Asian cultures. Mandarin does not even have a clear translation for the notion of depression, highlighting the strong cultural flavour of mental health.
The stigma has great consequences. I often see patients when they are extremely unwell, and have been so for many years. There is a great deal of shame within families when relatives have the likelihood of diagnosable mental illness and there can be forces of pride, saving face and preventing embarrassment that lead to withholding the appropriate treatment. I have learnt of some relatives essentially hidden from view for many years. This is simply not acceptable in the modern world and overlaps with some of the worst practices in the poorer sections of India.
India has a huge burden of mental illness which is increasing. In 2005, the National Commission on Macroeconomics and Health (NCMH) reported 10-20 million persons (one to two per cent of the population) suffered from severe mental disorders such as schizophrenia and bipolar disorder, and nearly 50 million or five per cent of the population suffer from common mental disorders such as depression and anxiety. These estimates are now nearer to 3 and 10 per cent respectively.
The prevalence of mental disorders is higher among women, the homeless, poor and those living in urban areas. More than 75 percent of people with serious disorders living in middle and low income countries receive no care at all, according to global mental health surveys. There are now Australian efforts to help India with their mental illness issues. Associate Professor Chee Ng is Co-Director of Asia Australia Mental Health (AAMH) and he’s working closely to offer an Australian contribution to reducing the mental health burden in India.
While the services are much better resourced in a place like Australia, the stigma and shame is often unchanged. The reality is, in spite of our emphasis on family, clan and tradition, modern urban life with its frenetic pace and social isolation has a tendency to dilute and weaken age old bonds and practices. This can lead to a feeling of not belonging or not having any role amongst those most vulnerable, such as the elderly or newly arrived partners and wives.
There needs to be a greater, culturally appropriate discussion surrounding emotional distress in our communities, and better engagement with health and social services. A lot of potential is being lost amongst our loved ones and members of the community because of stigma and shame.