Ahead of Australia Day on 26 Jan, a note about the importance of appropriate conciliation with Indigenous Australians

I am a citizen of Australia and yet I am not a citizen of the nation I reside in within Australia. This anomaly affects all people who have come to Australia from other nations and have taken on Australian citizenship.

On the 26th of January 1788, with British colonisation, came the legal fiction of terra nullius – that Australia was an ’empty land’ Of course, it has not been empty for at least 50,000 years and is home to the oldest living cultures globally.

On the 26th of January, it seems important to me that citizens understand whether we can have reconciliation with Indigenous Australians if we have never had appropriate conciliation.

Appropriate conciliation has, in my view, at least five elements. These elements are essential considerations in terms of our present and future as a nation.

Of course, detractors to this notion will argue that one would then need to seek permission to move between Indigenous Nations which would be difficult and complicated. That conciliation carries complexity does not mean its elements should not be considered or means to make it work practically be discussed. 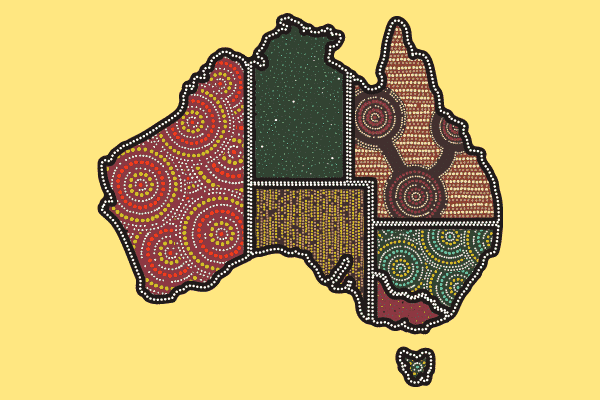 I further believe that consideration about local council areas could be inclusive of the original national boundaries arising from First Nations and further, that half of all rates paid could be paid to First Nations Peoples. In addition, decision-making regarding land use and other matters currently within the purview of councils, could be joint between First Nations People and elected representative officials.

If a person dies without a Will and also has no successors, then this land could return to the First Nations people rather than the State government. Why should the State Government resume land when this is an opportunity for it to go back to First Nations Peoples? This idea was put to me by an accredited property law specialist who stated that this would bring a measure of justice to First Nations People.

These five elements to me are the starting point for conciliation. We should not be afraid to consider change that is premised on a notion of the inclusion of the most fundamental of all entitlements: self-determination. Whilst unusual, a consideration of these may give some perspective to how much more we could be doing to have true conciliation.

After all, if we cannot become a nation that celebrates – and at every level is inclusive of – First Nations Peoples, then we live as unsettled as vacuus cor (empty hearts).

Taking the knee: Quinton de Kock lets his team and country down

Uniting the latte and shisha divide