While Kerala soaks wet like never before, closer home to us here in Oz, the states of NSW and Queensland are in the middle of the worst drought in years. The Big Dry has been around for a few months and the situation looks dismal, thanks to a critical lack of rain this year among other things.

What exactly is drought?
Dr Avanish Panikker, Senior Wastewater Engineer in Sydney explains in his publication, Predicting the drought: the needs and the haves: “Identification of the beginning or end of drought conditions is debatable. Low rainfall in itself does not constitute the commencement of drought; rain or flooding during prolonged periods of drought does not necessarily signal the end of drought”. 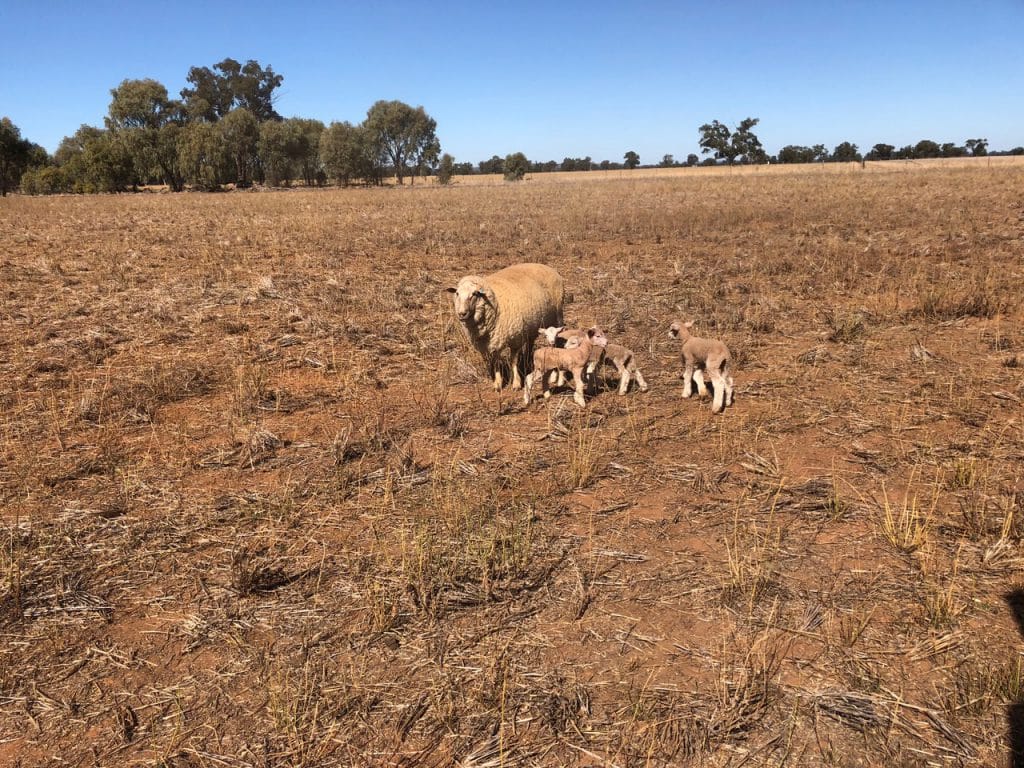 So what exactly is the drought? Apparently, drought can be felt in four different ways: meteorological drought (deviation from normal precipitation conditions over a period of time), agricultural drought (lack of adequate soil moisture for crops or pasture), hydrological drought (reduced precipitation for an extended period of time) and socio-economic drought (recognises the relationship between supply and demand for water, how low water supply negatively impacts communities in terms of businesses and social behaviour).

Why is there drought in Australia at the moment?
Bureau of Meteorology’s autumn summary advised that this year’s April to June has been fourth-driest since the Bureau of Meteorology started taking records back in 1900. Being the driest inhabited continent, Australia’s rainfall and natural climate variability is substantial. Also, our position under the subtropical high-pressure belt encourages the air to push down, preventing the lift required for rain.
Other systems called climate drivers like El Nino and La Nina in the central and eastern tropical Pacific can make things worse from time to time. Climate Updates by Bureau of Meteorology also mentions that the climate change and extreme weather events might exacerbate the risk of droughts.

Who’s affected?
“You have no idea what it is like here. We have absolutely no rains at all,” said an anonymous volunteer in Central New South Wales who works amongst the farmers. “The farmers are in a terrible situation. We are trying to provide as much assistance as possible to sustain life here. Life is tough here, to say the least.”
Central and Eastern New South Wales and Queensland are said to be experiencing the worst drought at the moment, and Indian Link was lucky to be able to engage in an in-depth conversation with Mark Judson, a farmer that owns or leases about 5,000 acres in the country town of Bogan gate, between Parkes and Forbes. “Farmers here are a tough lot, as they have seen many ups and downs.” said Mark, as he confirmed the information on the Bureau of Meteorology’s page.

“This drought did not just commence right now, it has been around for months. The livestock as well as mixed crop farmers have fallen victims, and as an outcome the winter crops like wheat, barley, oats and canola are affected too. The fact that there was not much rain when seedlings sprouted will certainly take its toll on these crops. Without rain most will die within three weeks.”
He added, “There is not much hay or grain available to feed our sheep. Whilst we are feeding them a ration, and also providing them mineral supplements, not all of them seem to be able to bear with it. Dying animals also affect farmers and their families. Those with young families are the ones who are really affected–just like a young family in the city would suffer if the breadwinner lost a job.”

Asked about farmer suicides, Mark told Indian Link, “The meagre subsidy for farmers here as compared to that in other Western countries is causing a tight squeeze. It’s not just the farmers who are the victims. The rural economy itself is getting affected. Usually, the farmers will spend their money in the businesses in the country towns, who in turn source products manufactured in small Australian companies. When farmers stop spending, it creates a cascading effect and impacts the entire economy.”

Lucinda Coble, whose father is from Charleville, one of the outback towns of Queensland, said, “We were out there a few weeks back and the place is a dust bowl. We couldn’t believe it, really terrible.”

How does it affect me?
A predicted pinch in bread and read meat will be hitting markets soon. Bread prices could go up since wheat production is affected. Red meat’s availability will be more at first due to farmers offloading their sheep first, and then it is expected to limit itself as the breeding stock would have perished and it takes time to establish a new stock.

Can I help?
The most important thing seems to be donating to the right, genuine organisations, and do the right amount of research before doing so. We have been advised that some of the farmers never want to ask for help. In those circumstances, the volunteers will just leave parcels and care packages at the farmer’s front gate and drive off without going in. This makes it even more important to donate to the right people. A few charities that have set up fundraising efforts for these farmers are Drought Angels, Aussie Helpers, Buy a Bale, Disaster Relief and Recovery Appeal run by Australian Red Cross.
Volunteers advise that it’s better to donate cash rather than in kind, to get the money rolling in the rural economy. Even better, you can volunteer yourself. Or take a trip and spend money in these rural towns to inject life into their business.

While Australia faces its worse drought in years, Kerala in India is grappling with the worst flood in 100 years. Read Emie Roy’s article on it here.

How online groups give a helping hand to fellow members