As one gets older the passing of each year has greater significance than in previous years. And the dawn of each new year feels like a distant milestone that has been successfully achieved. It feels altogether better to ring in the new year than say goodbye to the year just gone and to look forward to what’s to come.

For the first meeting of the year, the Adelaide Seniors group organised a celebratory lunch party. It was a pleasant day as everyone greeted each other, offering their best wishes for the coming year. There was to be entertainment and once everyone was seated and had a drink to hand, the proceedings commenced with Vidya singing a beautiful bhajan Ham ko man ki shakti dena to everyone’s enjoyment. 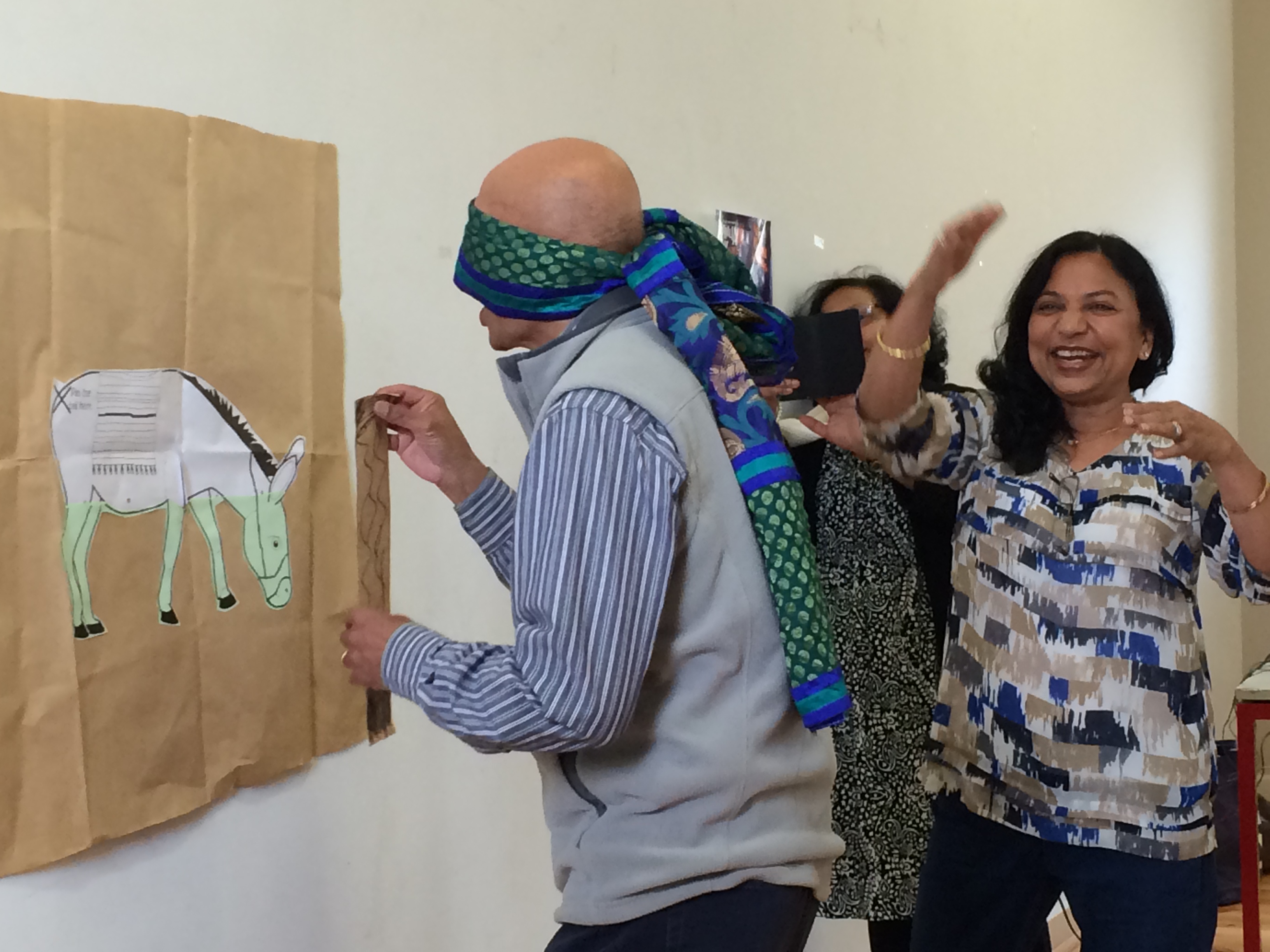 Ravi and Shashi Jain, who had organised this programme, often come up with imaginative ideas for events to keep the seniors’ group interested. This was no exception and we were in store for one or two interesting surprises yet to come. The making of a successful event is when there are many contributors coming forward happily to sing, crack jokes, make comments and just join in the general banter. All this just makes for a relaxed and happy atmosphere for everyone to enjoy themselves in.

The musical interlude continued with Purendra Jain playing some pieces on his flute. The sound was just magical as everyone listened with rapt attention. He went on to play some pieces and explained how some of them were based on raagas. This gives definition and a sound structure for the development of any melody.

There were to be more songs from Vidya for our pleasure. She is a young lady who has very generously entertained the seniors’ group on numerous occasions with her songs. Even on our bus trips she takes the mike and rides out the bumps and turns of the bus while continuing her singing. Her contribution to our group was duly recognised with the presentation of a small gift.

The highlight of the afternoon was a game – to pin the tail on the donkey. It is said that old age is akin to a second childhood. Even Shakespeare referred to this likeness in his ‘Seven Ages of Man’ monologue. The game is something we have seen our children and grandchildren play but I doubt if any of us had attempted to ‘pin the tail’ since childhood. Once the blindfold was on and we were spun around a couple of times the sensation of disorientation set in quite rapidly. It was quite hilarious to see the ridiculous attempts at finding the donkey’s backside. I managed to pin the tail on the front of the donkey. What was interesting to see was people wanting to get up and play the game. It was certainly a lot of fun. 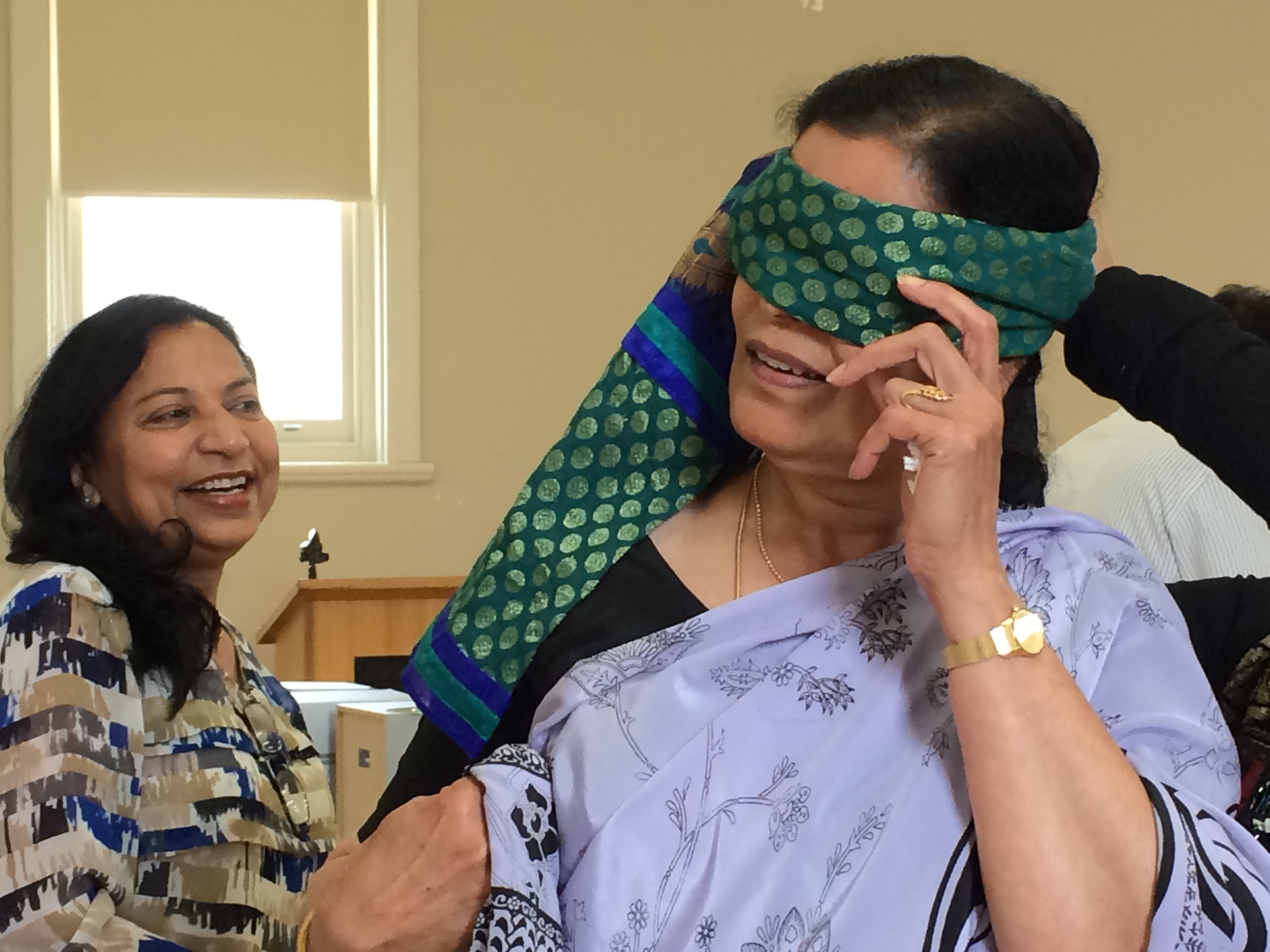 Both Shashi and Shampa shared some jokes and amusing information with the group. Ravinder Kaur was a revelation amusing us with her anecdotes. Ravi and Veenu Mohindra each sang a couple of songs from old movies bringing back memories for some of us. Finally, Veenu read out a hilarious piece to end the entertainment. Nibbles on the tables had been enjoyed and glasses replenished. By now, wonderful aromas were wafting from the kitchen and everyone’s mind was turning to the lunch that was to come. Our caterers were Satyendra and Kamlesh Solenki who have looked after us so well on previous occasions and have never disappointed.

Soon the savoury lassi came around. This was followed by a vegetarian spread which included a pumpkin curry, a vegetable curry, daal and raita. Freshly made, piping hot purees were the accompaniment and are always hugely appreciated and go to make the meal special. Finally kheer and masala tea. What more could one want?

Above all it was a happy occasion. You could sense that everyone had enjoyed themselves and had played their part. Not a bad way to start the new year. Welcome 2015.