Set in Tasma Terrace and asked to reimagine a British merchant’s drawing room as an opulent Indian palace, Nautch is a show that is part classical music and part social commentary. It’s also a show that attempts to transport its audience back to the British Raj.

The word ‘nautch’ itself is a British bastardisation of natch, simply meaning ‘dance’. Historically, nautch girls were just that – dancers. These women often travelled in troops and performed at different occasions for a variety of audiences, from children to princes. However, with the coming of colonialism came the onslaught of Christian moral norms around dance, and the nautch girls were eventually written out of history. Women who were once acclaimed for their skill were now charged with debauchery. Their sensual singing was no longer considered art, but was deemed a reflection of their base nature. The impact of colonialism was to end a way of life and consign to the annals of history an entire beloved dance form. 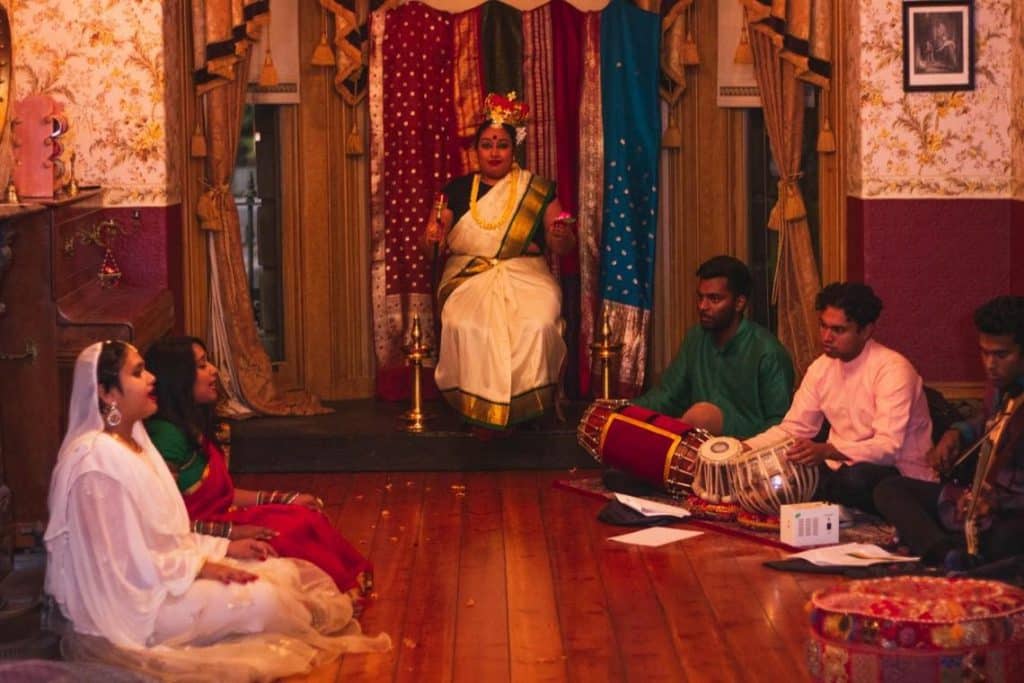 In 2019, Nautch the show encourages us to ask what else we might have lost to colonialism.

The show opened with a Thillana in Dhanashree, a song whose lyrics directly reference the beauty of the natch dancer. Dancers Aparna Ananthuni and Manjusha Manjusha, with singer and spoken word artist Dipanjali Rao, wove classical Indian pieces into short conversations on feminism and imperialism. They were accompanied on the tabla and kanjira by Kirshan Sabeshkumar, on the mridangam by Kanusan Mukunthas and on the violin by Maiyurentheran Srikumar. The latter was a stand-out, being able to play both Western and South Asian notes with equal skill, as well as set the mood by providing background music for the performers as they moved from dancing to singing to speaking.

Nautch speaks to the consumption of marginalised cultures – all the things termed ‘ethnic’- and how this others brown and black cultures, while making white cultures the norm. It specifically pays attention to the exotification of South Asian women. Nautch also brings up an interesting question: what happens when culture is commodified and sold by the very people attesting to its authenticity? What happens when the white gaze requires that we sell ourselves in order to be seen? 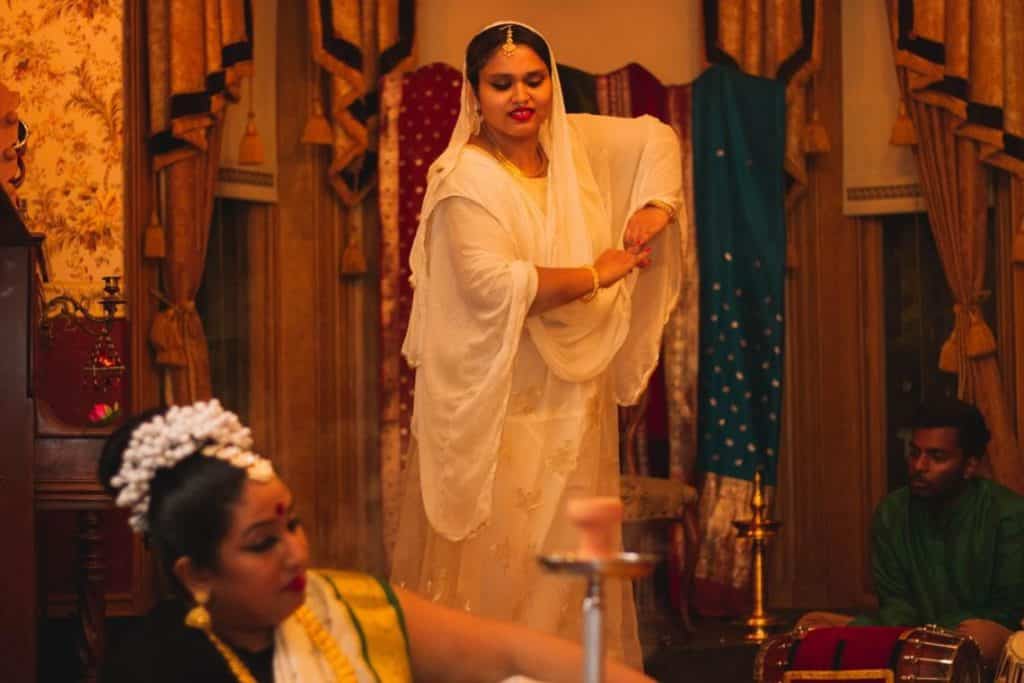 In one particularly poignant part of the show, Rao and Manjusha play a word association game. They throw out words at each other and what comes up says a lot. Saris are associated with FOBs (Fresh Off the Boats), a term meant to delineate newer, less modern-meaning, less westernized immigrants, from older ones. Cultural artefacts, clothing and way of expression are derided, all the while multiculturalism and ‘ethnic’ things are being sold.

The show does a lot within 45 minutes, and it does it well. One reason for this is because it does not seek to explain to its white audience what any of this means. Its efforts at decolonisation require that white people watching this show keep up without being catered to.

Nautch ends with a spoken word monologue by Rao in which she explores the incongruities of being a brown feminist in a white world. She speaks about being asked to cook a curry (the racist-misogynist version of ‘make me a sandwich’) and the ignominy of being ‘whitesplained’ to, while being told what a turmeric latte is. Her piece brought up a painful aspect of colonisation – that of theft and appropriation. 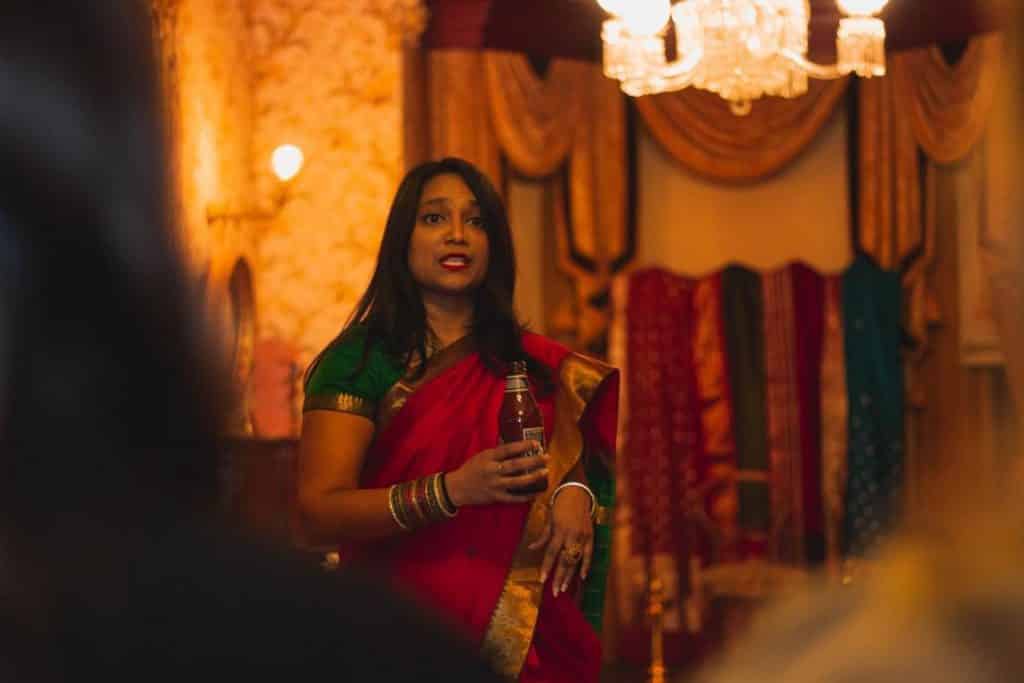 The nautch dancers are long gone, but Nautch the show reminds us of what once was, and, if remembrance of our past is a way forward, what could be again.

Anatomy of an arangetram