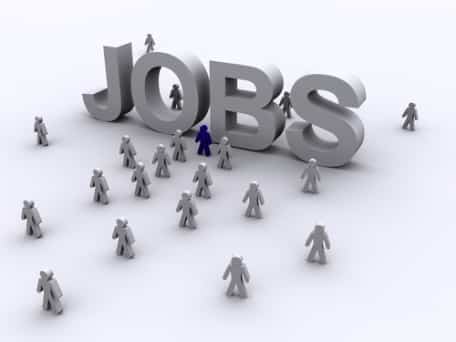 There has been an emphasis in Australia in recent years, on the remediation for wrongs which were done to certain groups in the past. These include Aboriginals, children who were forcibly and secretly brought from the United Kingdom, and those who are physically handicapped.

As a country with a strong economy, it might be safely assumed that Australia can look after its disadvantaged. But the term ‘disadvantaged’ has suddenly begun to assume a newer and broader meaning in Australia. As the Global Financial Crisis (GFC) began to unfold, a lifeline had to be thrown to those who depended on their superannuation earnings for mere sustenance, because share portfolios had begun to dramatically fall in value.

The same GFC made Australia, particularly with its high interest rates, a safe haven for foreign investors and this ensured the strength of the Australian dollar. However, a strong Australian dollar added to the cost of producing goods in Australia, made them uncompetitive on the world stage. This affected both manufacturing and agriculture. Thus numerous manufacturing units either closed down or were downsized, and some moved to a much cheaper New Zealand.

Closing down or downsizing a manufacturing plant is a very traumatic affair for its workers. The whole community gets affected. The price of houses might fall, spouses jobs might have to abandoned and children’s education could get disrupted. There have been large government handouts to keep manufacturing plants from being shut down, but the results till now have been dubious.

An example of a diversified economy is in Geelong in Victoria. It has been the home of the Ford Motor Company since 1925, including other manufacturers like Backwell IXL and MHG Glass. Not surprisingly, the Australian Automotive Research Centre is located there. Complementing the automotive industry is one the largest petroleum refineries in Australia. There are food processing units, including seafood, and these add to Geelong’s economic diversification.

A similar example to Geelong is found in Detroit in the USA. Once a thriving city with the automobile industry as its crown jewel, Detroit has now become a ghost of its former self. With its population reduced, manufacturing units in tatters and dilapidated housing, the city’s income has fallen to the extent that on July 19 this year, it declared itself bankrupt. Pension funds and other financial institutions which lent Detroit money, may well see their assets greatly reduced in value (‘from dollars to cents’).

Detroit as a whole has become disadvantaged. One needs to prevent Geelong going down the same path.

The Government in India has reserved numerous industries to the rural sector such as soap and beedies (the Indian hand rolled cigarettes). The idea is to maximize employment. The Western idea, a heritage from the days of the industrial revolution, is to reduce employment and thus to increase profits. Potential Western investors in India, particularly from the USA and Britain need to absorb the Indian viewpoint because of its prevailing socio-economic conditions. The underlying philosophy is that what is good for the greater number should prevail.

The Government in Australia has foreseen that it needs a well trained workforce. Large amounts of money have therefore been spent in bringing Australian education up to the best levels. And this includes those who are disadvantaged. Kim Carr, the Minister for Innovation, Industry, Science, Research and Higher Education claims that Australia now has twenty per cent of disadvantaged students in higher education.

These are important facts which will determine the reshaping of the Australian economy. As Prime Minister Kevin Rudd has said in a recent policy speech entitled The Australian Economy in Transition: Building A New Competitiveness Agenda: “Because the China resources boom is coming off, Australia’s core economic strategy for the future must be one which diversifies our economy by creating more jobs in manufacturing, food production, infrastructure, construction, and our many other services industries, rather than having all our eggs in just one basket – the resources and energy sector”.

Indians in Australia are found in all socio-economic groups which range from the very advantaged or rich industrialists and entrepreneurs (who are found in small numbers) to the very disadvantaged (best examples include recent migrants or asylum seekers who lack such skills such as proficiency in the English language). The latter groups (migrants and asylum seekers) have become the subject of submissions by The Federation of Ethnic Communities’ Councils of Australia (FECCA) to the Australian Government. FECCA, currently under the leadership of Pino Migliorino, receives funding from the Department of Immigration and Citizenship.

An example of the healthcare sector will illustrate the large expanse in which Indians are found. Indian doctors fill patient needs in both cities and rural areas. There are besides, Indian scientists and doctors who do research in such fields as cancer and diabetes. There are, at the other end, Indians who are patients and some who are handicapped.

You snooze you lose, Team India