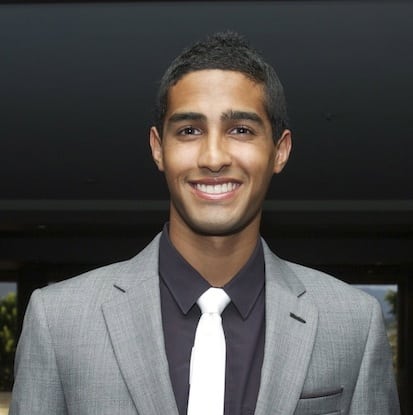 Wollongong cricketer and dentistry student Amit Balgi was recently announced as the Bradman Scholar for 2014, beating 60 other applicants around the country.

The scholarship gives Amit an allowance of $5,000 a year for three years to assist with his tertiary study expenses. He is undertaking a Bachelor of Dental Science degree at Charles Sturt University.

However, for Amit, the scholarship means much more than a dollar figure.

The Bradman Scholarship, first awarded by the Bradman Foundation in 1990, rewards excellence in sport, education and community involvement.

For legendary Indian batsman Sachin Tendulkar just being mentioned in the same breath as Sir Donald Bradman is a privilege. But even he cannot lay claim to being a Bradman Scholar.

Amit was chosen as the 18th winner of the scholarship by a panel of highly-distinguished names, including Bradman Foundation Chairman Dr Maurice Newman AC and former Prime Minister John Howard OM AC.

“He [Amit] certainly embodies the leadership qualities and values espoused by Sir Donald Bradman such as dignity, integrity, ambition, determination and modesty,” said

Amit applied for the scholarship after seeing an advertisement in his cricket club’s weekly newsletter.

“After reading what the scholarship entailed, that is, being likened to Sir Donald Bradman, the greatest cricketer or even sportsman of all time, I just had to apply,” claimed Amit.

“I admire the great man, in all aspects of his career, both on and off the field. I thought that applying for this scholarship would firstly be an honour and secondly a chance for me to reflect on the person I’ve become”.

Late last month Amit received a call from the Bradman Foundation while he was in class practicing root canals.

“That’s when I was told that I had been awarded the scholarship. I honestly couldn’t believe it, and I had to sit down while Ms Hore from the Foundation detailed what the next step would be,” he said.

As a young teenager, Amit invested countless hours into improving his fitness, skills and technique on the cricket field.

“It is as much mental as it is physical,” Amit said, “It can be both a team and an individual game”.

For Amit, a career highlight so far is being selected twice to play in the Stumping Serious Diseases Charity match, where he found himself playing alongside Adam Gilchrist, Viv Richards and Brian Lara.

Amit speaks passionately about his love for the game saying he enjoys the certain calmness of cricket as well as the sudden thrill and intensity. He claimed that cricket has improved all aspects of his life and has helped him develop in teamwork, communication, determination and humility.

“I love the game, and I owe the game for everything. The people I’ve met, the experiences I’ve had, and for the person I have become. I would not have been awarded this scholarship if it were not for the game of cricket”.

Amit has also been involved with community organisations and charity, including St John’s Ambulance, Vision Australia, Lifeline and the Indian Australian Cultural Association. He also took trip to India to help the less fortunate.

“I’ve met amazing people through these experiences and have learnt a great deal about people today, inequalities in society, and the difficulties people with disabilities face,” he said.

Of his trip to India, Amit claimed it was an eye-opening experience that contributed to his ambition to work in a health profession.

“At this moment, I’m trying to learn more about rural health and inequalities in health access within Australia, and I’m hoping that I can continue to study and work in a rural environment long after my graduation,” he said.

Upon reflecting on this great honour, Amit is thrilled and overwhelmed.

“It means everything to me to be the Bradman Scholar this year. To even be mentioned in the same sentence as the great man, is an honour and a privilege”.

“It has also made me believe that anything is possible, and that people believe in me and my attributes as a person,” he added.

But what would Amit ask Sir Donald Bradman if he could meet him today?

“How did you get so extraordinary?” he proclaimed.

“I would love to know what his thoughts are on the game of cricket today and the way it is being played presently. I think he would have some interesting things to say”.

Amit mentions the important influences in his life that help him achieve his goals.

“I believe God has blessed me with this life and I’m so grateful for it. I must thank my parents for everything that they have done for me. My dad, Satish and my mum, Meena have supported me in everything I’ve done, and I know that this would not be possible without them,” he said.

He also credits his girlfriend, Nisha Fernandez, as being a great support in helping him through many challenges.

“I just want to thank these people”.

Amit advises young athletes and students who are struggling to manage their time, to use study and sport against each other.

“That is, when you study, you study – you study hard and when you play – you play hard. I used cricket as an outlet to my studies, a way of getting out frustration in some cases and even a way to relax. As hard as it may seem at some stages, finding a balance between sport and studies will benefit both in the long run,” he claimed.

“I believe I am a perfect example of being able to do this well,” he stated. And indeed he is.