Although last year’s Indian Film Festival of Melbourne (IFFM) was high on the celeb quotient with the likes of Aishwarya Rai and Karan Johar, this year, the focus was more on offbeat themes and ‘thinking stars’. Festival guests Vicky Kaushal, Richa Chadha, Ali Fazal and Mrunal Thakur may not yet be household names, like the A-listers of Bollywood, but their talent has gained them much respect from a discerning audience.

A new wave in Indian cinema is bringing to the fore a legion of talent that is less about Shakespearean strutting and more about natural, believable portrayals. Riding that wave is Kaushal, who took home the IFFM 2018 Best Supporting Performance Award for his role as Sanjay Dutt’s friend Kamli in the latest Bollywood blockbuster Sanju. He wooed both critics and audiences with his roles in Masaan, Raazi, Love Per Square Foot, Zubaan and Raman Raghav.

When asked what he thought of being the poster boy of this new wave in Indian cinema, Kaushal said, “When I started acting I didn’t know what type of labels I would be tagged with. My aim in life is to give 100% to my present and I believe that if I do that my future will be better than what I want it to be.” 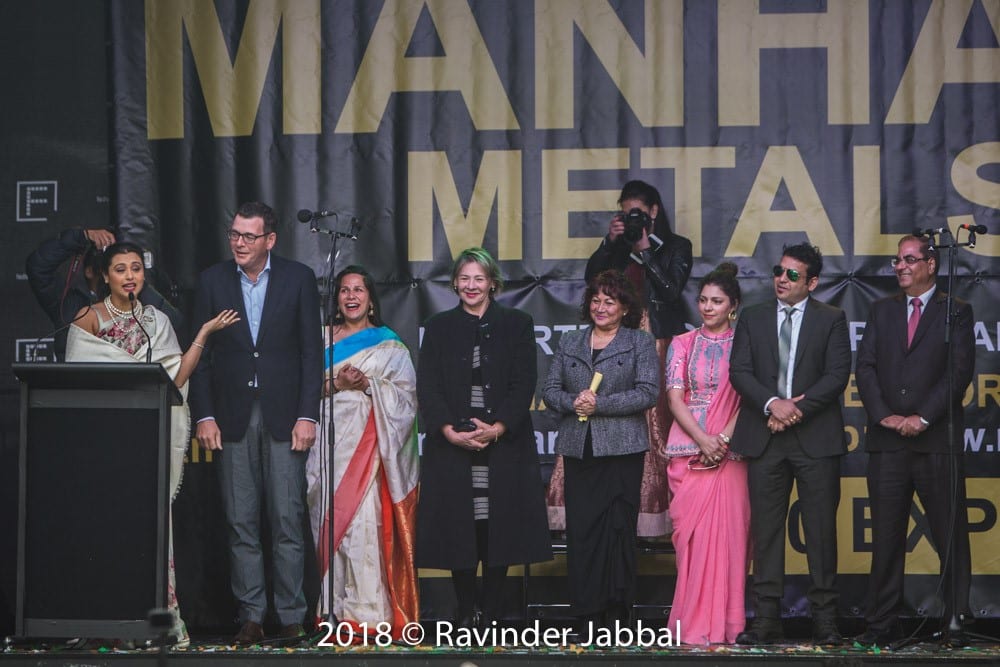 “My job is to be completely honest to the characters between ‘action’ and ‘cut’. Apart from that I am just Vicky Kaushal,” said the actor at the IFFM launch and press conference.

Chadha, who won the Best Supporting Performance for her role in Indo-American film Love Sonia agrees, “My quest was never to be the number one superstar, but to be an actor who has a long, successful and glorious career, someone who can look back at her filmography and be proud. I am happy to represent the offbeat change from detour age cinema.”

The actor, who’s been part of films such as Oye Lucky Lucky Oye, Fukrey, Gangs of Wasseypur and Masaan, praised the presence of women in media today. “When people question, object to or raise their voice against a zoomed in shot of their midriff or breasts, it promotes a positive body image.” 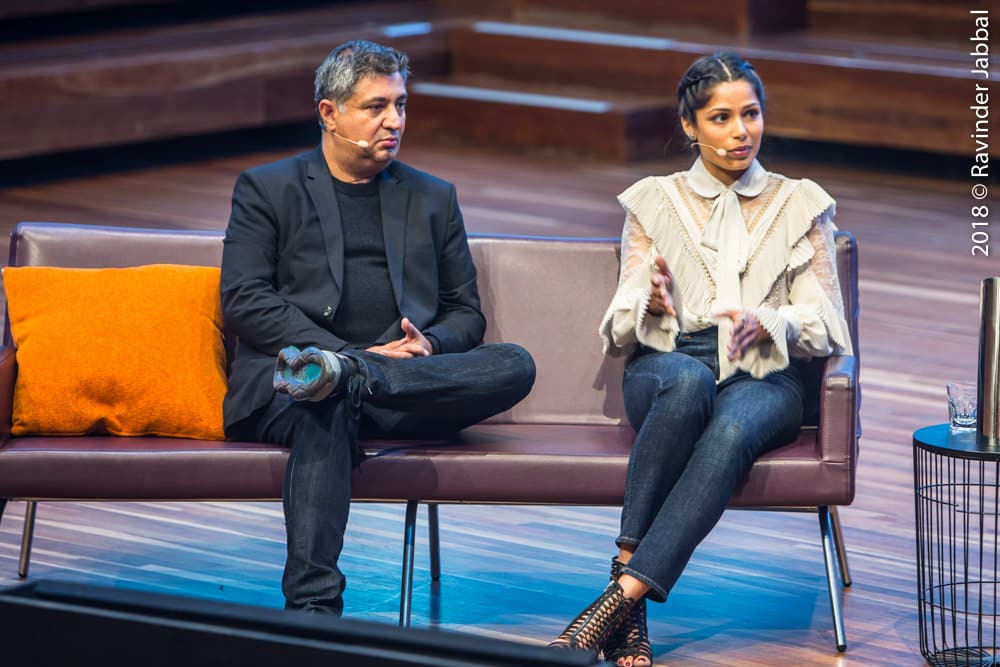 Her boyfriend Ali Fazal was also present at the event as a judge for the short film competition. Chadha said one of the reasons she came to Melbourne was to spend some quality time with him. During her last visit she enjoyed dancing in nightclubs and gay bars to live bands. “I cannot party like this in India for fear of being recognised or video graphed,” Chadha said.

The love for liveable Melbourne was a common theme among the celebrities from India. Director Rajkumar Hirani and writer Abhijat Joshi professed to have lost their hearts to the city, its rising cityscapes and breathtaking views.

It was Rani Mukerji, however, who stole the show. The actor who was here to hoist the Indian flag at Federation Square articulated her affection not just for the city but also for its ‘really handsome Premier’. 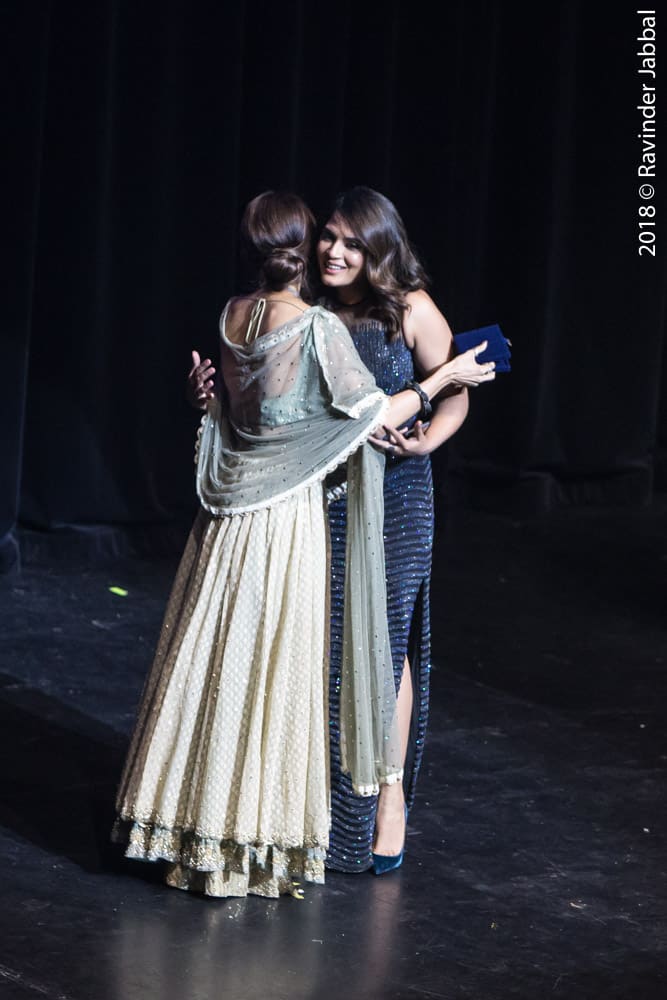 Daniel Andrews, the Victorian Premier, had just finished announcing plans to establish a $3 million Indian Cinema Attraction Fund to enable more Indian filmmakers to explore Victoria as a shooting location when he was left at a loss for words by Rani.

Andrews blushed as the actor took his hand, ushered him to the stage, cupped his chin and serenaded him with her own version of the famous Bollywood song Tum paas aye as thousands of onlookers cheered.

Although a picture of elegance in her soft chiffon sari with just a stole to keep her warm in the chill, Rani seemed unfazed. And why wouldn’t she be? The quintessential drape is associated with the Bollywood song and dance routine where Indian actresses brave freezing conditions to sashay down snow-capped mountains or run around trees, while the heroes are snug and toasty in their trendy woollens. “I wore this to remind you of all those Bollywood films,” said the actor to the crowd.

About inclusion and diversity

Freida Pinto of Danny Boyle’s Slumdog Millionaire fame, who’s also starred in several American and British productions including Rise of the Planet of the Apes and Michael Winterbottom’s Trishna, accepted her IFFM Diversity Award. “Diversity or diverse roles is not something I do alone or can ever do alone. It is because of the writers, team members, agents, managers and filmmakers. Most importantly, it is the stories past and contemporary that inspire people to make films and make those characters come to life. That’s what makes stories diverse,” she said. 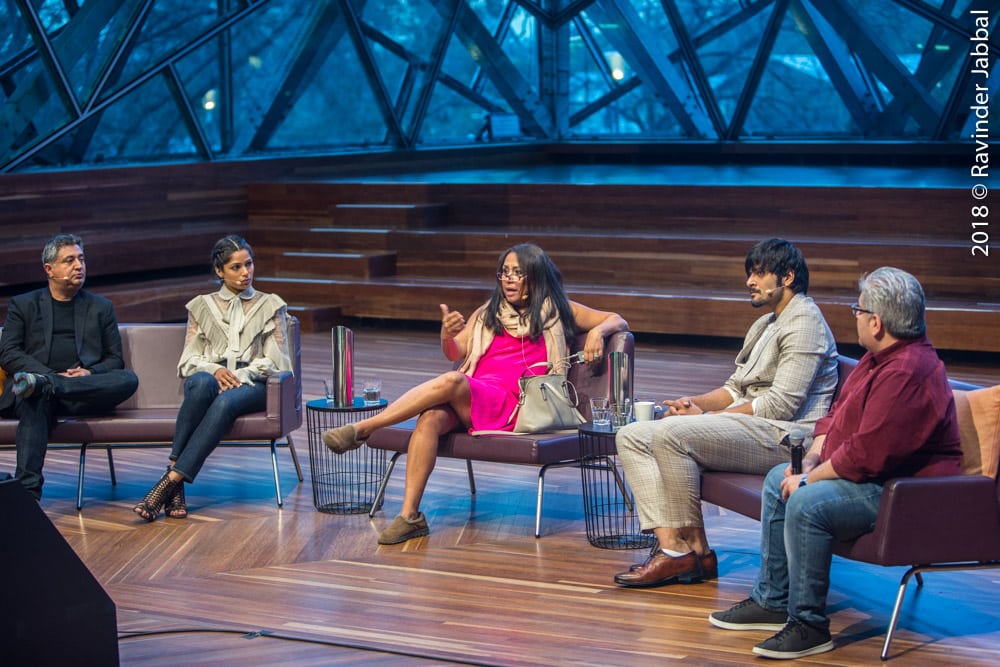 This year, the IFFM theme of inclusion was celebrated by sharing the work of the two winners of the BMW short film competition at the Red Carpet Awards Night held at Palais Theatre in St Kilda.

Jeyachandra Hashmi’s winning entry from India was titled To Let, based on prejudices one comes across when renting a place. Kauthar Aboualam was the Australian winner with her short film Found, based on Islamophobia and the risk to Islamic women wearing scarfs, which according to her is statistically 79.6% more today.

Actor Manoj Bajpai was the surprise entry as he snuck in to claim the Best Actor Award for his role in Gali Guleiyan (In the shadows) an intense, enthralling psychological thriller. The Dipesh Jain film also found special mention under the Best Indie Film category.

Love Sonia, which was screened on the opening night, won the Best Indie Film Award. Tabrez Noorani and David Wormack’s dark and confronting drama on international sex trafficking created quite a buzz and provoked both thought and debate among film enthusiasts. 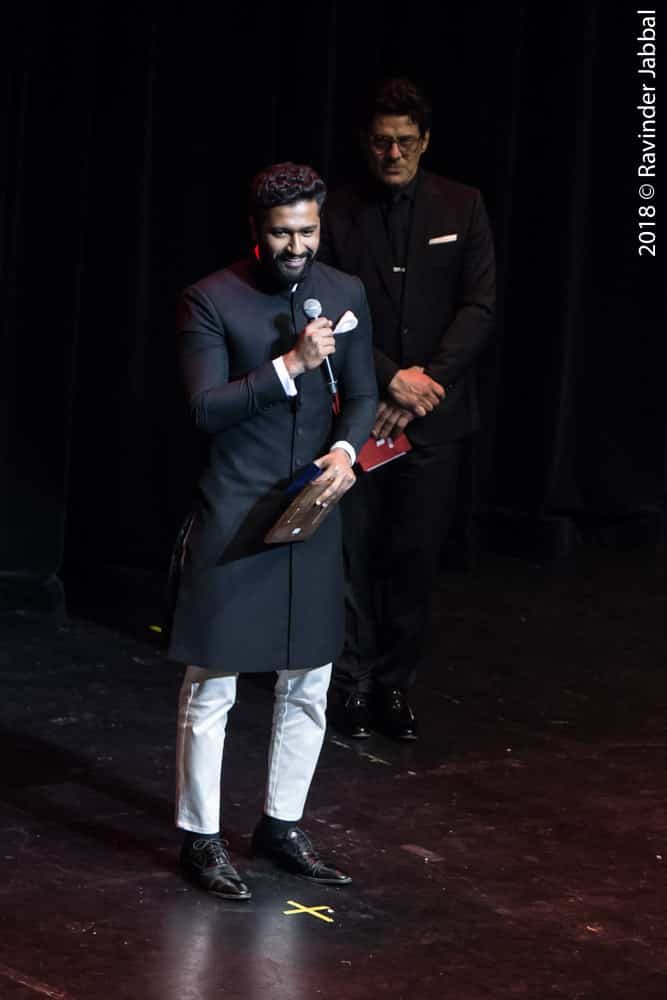 Interestingly, actor Sanjay Dutt who was to attend the festival was allegedly refused a visa due to his previous conviction, much to the disappointment of his fans and the director of his biopic, Rajkumar Hirani. But Sanju took the coveted IFFM Best Film Award while Hirani accepted the Best Director. Ranbir Kapoor deservedly took the title of IFFM Vanguard in the lead role, but couldn’t be present because he was shooting overseas.

Mukerji, who snapped up the Best Actress Award for Hichki had her fans wrapped around her little finger as she spoke, sang and happily posed for selfies with them.

Despite another style faux pas at the awards night with unflattering, super straight hair, extensions and a middle parting, she came, smiled, flirted and conquered – especially at the Q&A session with Rajeev Masand where she invited children to sit with her. She also made a point to congratulate and hug IFFM real life heroes Ryka Gulati and Alle Sayers who were acknowledged for their bravery and courage.

During the awards function, IFFM jury members Simi Garewal, Sue Maslin, Jill Bilcock, Nikkhil Advani and Geoffrey Wright were invited to introduce the artists. They praised the calibre, diversity, creativity and talent that made their task of choosing the best tough.

Caroline Pitcher, CEO of Film Victoria, said, “Cinema is not just entertainment. It can provide opportunities, education and understanding and can often address issues that can change attitudes, moral values and behaviour. It can be a medium for social change.”

Festival Director Mitu Bhowmick Lange was described as a powerhouse and Garewal thanked her team for working tirelessly to make the festival a roaring success.

With the Telstra Bollywood Dance Competition for Talent, Master classes and a variety of movies, there was something for everyone.