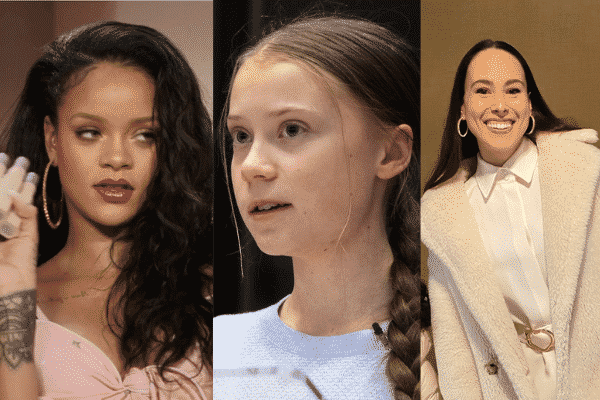 An international spotlight has been shone on the farmers’ movement in India after celebrity singer Rihanna, climate activist Greta Thunberg, and Meena Harris, who is US Vice President Kamala Harris’s niece, tweeted about the protests.

why aren’t we talking about this?! #FarmersProtest https://t.co/obmIlXhK9S

On Tuesday, Rihanna, who has over 100 million followers on Twitter, cited a CNN article titled ‘India cuts internet around New Delhi as protesting farmers clash with police’ in her tweet. The famous vocalist tweeted one line expressing her surprise over the lack of awareness about protests, but it was enough to ‘break’ the internet.

Several Twitter verified Indians rushed to reply to her tweet about the farmers’ protests, some lauded her awareness and some asked her to stay away from Indian issues.

An hour after the singer posted the tweet, Indian actress Kangana Ranaut reacted saying, “No one is talking about it because they are not farmers they are terrorists who are trying to divide India, so that China can take over our vulnerable broken nation and make it a Chinese colony much like USA… Sit down you fool, we are not selling our nation like you dummies.”

We stand in solidarity with the #FarmersProtest in India.
https://t.co/tqvR0oHgo0

Greta Thunberg too quoted the same CNN article and expressed solidarity with the protesting Indian farmers. Similar to Rihanna, the 18-year-old climate activist also received multiple mixed responses from Twitter users over her support for the movement.

A few hours ago, lawyer and children’s author Meena Harris, who is also the niece of Kamala Harris, took to Twitter to express her anger. She unequivocally supported the farmers’ plight relating it to the insurrection that took place in her nation’s capital last month.

It’s no coincidence that the world’s oldest democracy was attacked not even a month ago, and as we speak, the most populous democracy is under assault. This is related. We ALL should be outraged by India’s internet shutdowns and paramilitary violence against farmer protesters. https://t.co/yIvCWYQDD1 pic.twitter.com/DxWWhkemxW

Additionally, some US Congresspeople sent a joint letter to Taranjit Singh Sandhu, Ambassador of India to the United States, regarding the protests. Congressman John Garamendi, co-chair of the American Sikh Caucus, and his colleagues expressed their solidarity with the protestors and defended their right to protest.

In Australia, Labor MPs Rob Mitchell and Russell Wortley MLC expressed their views and concern over the treatment of the protesting farmers, with Wortley even joining a support rally on the steps of Parliament House.

Meanwhile, Canadian Commander-in-Chief Justin Trudeau has been the sole country leader to explicitly support the farmers protest in India, to which the Indian Ministry of External Affairs responded saying his remarks were “ill-informed”.

It is also worth noting that Gita Gopinath, Chief Economist at the International Monetary Fund (IMF), publicly stated last week that the new farm laws, which have resulted in the massive protests, to have the potential to “increase farmers incomes”, as reported by Indian Express.