The bustling capital of Vietnam, Hanoi is one of the oldest capitals of the world, as well as one of the fastest growing cities today 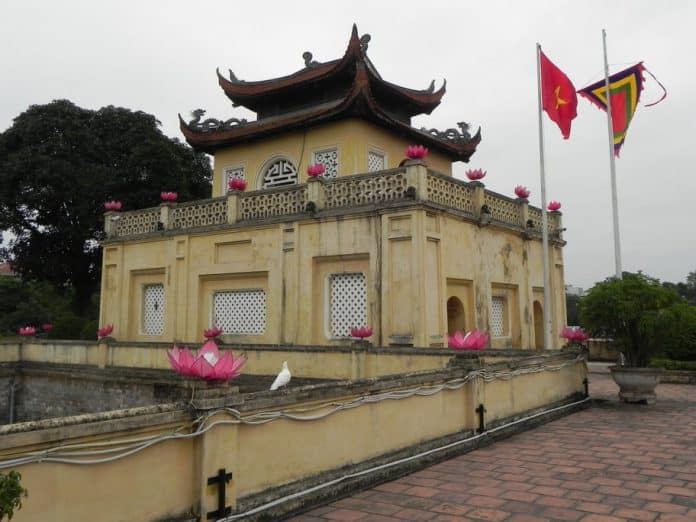 Like with any Indian metropolis, Hanoi is a picture of crowds, chaos and cacophony. It’s perhaps one of the reasons why travel connoisseurs from the nearing one-million strong Indian diaspora down under love visiting.

With its gorgeous French colonial and traditional Vietnamese architecture and teeming with history, culture and friendly locals, the city’s attractions are endless.

If you are a first-time visitor, here’s your ‘must-visit’ list.

Ask a local about the sites to visit in this bustling city, and the unanimous answer first up will be the final resting place the country’s greatest leader Ho Chi Minh. His preserved body lies in a glass coffin inside a colossal granite structure solemnly guarded by immaculately white uniformed military personnel.

A site of pilgrimage for most Vietnamese people, this modest and traditional stilt house was the home of Ho Chi Minh over a decade after becoming President of North Vietnam in 1954. It stands today in a leafy complex as a clear representation of the great leader’s simple lifestyle.

The French colonisers lived in Hanoi for almost 70 years and built the city, formerly called Thang Long, as a modest replica of Paris. Their leftovers mark the older part of the city where mustard yellow European styled buildings fitted with green window shutters flank tree lined avenues and boulevards. Amongst several, the most lens-captured are the Beaux style former French Presidential Palace, Hanoi Opera House and the Metropole Hotel.

The 1886-inaugurated neo-Gothic St Joseph Cathedral is again a key leftover from the French era and currently the hub of Hanoi’s catholic community. Surrounded by cafes and patisseries serving frothy latte freshly baked croissants or a baguette, the church’s most noteworthy features are the impressive twin bell towers, sumptuous altar and fine stained-glass windows and the towering façade.

Hanoi breathes around this water mass throughout the day and night with locals and tourists walking, jogging, exercising, playing badminton and even romancing to drinking tea, getting their portrait drawn or simply doing nothing but sitting on a bench and lazily gazing at the rippling  water. A sight not to miss here is the revered Ngoc Son Temple which sits on a small island connected to shore by a red coloured bridge.

The city’s most captivating area, this quarter full of life, colour and vivacity was established in the 15th century with 36 lanes each specialising in one of 36 trading guilds. Things may have changed now, but the streets are still lined with shops of different kinds, making the area a nest of fusion between past and present. Best way to browse this area is by taking a ride on a cyclo – a three wheeled rickshaw pedalled by the driver from the behind

Over 1300 years old, this World Heritage listed site is the nation’s historical and cultural pride. As the home of ancient Vietnamese Emperors, the walled complex included many palaces, temples, pagodas towers, observatories, ponds and wells. The foundations of the site were discovered by archaeologists during recent excavations.

One of the city’s most picturesque tourist attractions, this complex started its journey in the 11th century as a university dedicated to Confucius. The buildings, which were once used by the Ly and Tran dynasty royals, display traditional-style Vietnamese architecture. The ancient site also presents a small lake, well, turtle steles, pavilions, passageways and courtyards once used by scholars and sages.

A city icon, this ancient art form of water puppetry reveals the nation’s cultural heritage and showcases many interesting legends like the one linked with Hoan Kiem Lake and the giant tortoise.

Built by the French architects Daydé & Pillé of Paris in 1902, this 1682m long cantilever bridge was the first across the Red River and stands today as a city landmark like the Howrah Bridge in Kolkata.

Getting There Vietnam Airlines (www.vietnamairlines.com) offers direct flights from Sydney to Hanoi on Monday, Wednesday and Saturday and other days via Ho Chi Minh.

Ground Operator Vietravel (www.vietravel.com) is one Vietnam’s biggest and most trusted tour operators with offices in Sydney and Melbourne.

Visa 30-day tourist visa from the Vietnam Embassy (vietnamembassy.org.au) in Canberra or Consulate in Sydney.

Indian Restaurant Yes the city has a few: Namaste Hanoi (www.namastehanoi.com ) in the city centre is popular with curry-loving locals and visitors

READ ALSO: The future of travel