She may have been the Hindi film industry’s only female superstar, but Sridevi insisted she was just getting started, writes RADHIKA BHIRANI 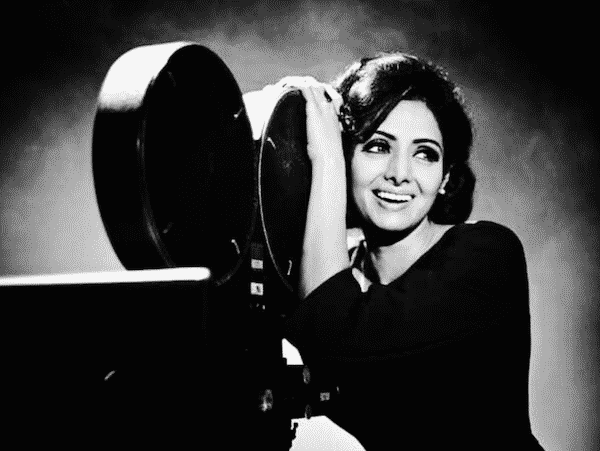 “Arre, maine kuch achieve nahi kiya (I haven’t achieved anything)… There’s a long way to go. I feel my career has just started. Haan… let me tell you that,” said Sridevi, laughing.

Sridevi’s lilting laughter – much like her screen presence, beauty, grace and unmatchable talent – lingers on as I remember my last conversation, in November 2017, with the actress, who spent 50 of her 54 years of life living the cinematic dream.

“I feel like a newcomer. I feel that my career is going to start now. It’s not finished, It’s going to start now,” she asserted, dismissing any desire to treat her fans to an autobiography replete with stories from her glorious life – starting as a child actor at four to superstardom in India.

Born in Sivakasi in Tamil Nadu on August 13, 1963, Sridevi began her career at the age of four in the devotional film Thunaivan. That marked the beginning of a journey in filmdom that saw her work across Tamil, Telugu, Kannada, Malayalam and Hindi productions, leading her to become one of the most formidable actresses of the 1980s and 1990s in Bollywood – and in fact, the only female superstar the industry has seen.

As filmmaker Ram Gopal Varma put it, “She was like a creation of God which he does whenever he is in a very special mood as a very, very special gift to mankind.”

Sridevi grew up to be known for not just her ability for slip into myriad roles – whether the double role in Chaalbaaz, as a woman with retrograde amnesia in Sadma, a shape-shifting woman in Nagina, a goofy crime journalist in Mr. India, the warm mother act in English Vinglish or the fierce and revengeful mom in Mom – but also for her expressive eyes, sheer comic timing and her fluid dancing skills, all of which made her a director’s delight.

As filmmaker Subhash Ghai, who directed her in Karma, said “Introvert by nature, she was electricity with thunder in front of the camera. She would shock directors with each shot – be it dance, drama or romance. She was uncrowned queen of acting in all languages in her time.”

In 2013, the government feted her with the Padma Shri, the country’s fourth-highest civilian award. Her work was widely lauded with a slew of other richly-deserved honours.

Sridevi, who over the years became quite a fashion icon – sometimes giving tough competition to her daughters – commanded popularity like few others.

“Her popularity and stardom had to be seen to be believed. We were shooting for the climax in Nandyal for Kshana Kshanam and the whole of Nandyal came to a standstill when they came to know that Sridevi was in town.

“Banks, government offices, schools, colleges everything in town closed as everyone wanted to see Sridevi,” Ram Gopal Varma recounted in a tribute after the sudden demise of the actress in Dubai on 24 Feb night of a cardiac arrest.

Sridevi could also be extraordinarily warm and compassionate.

Co-producer K. Ramji of Tina Films International, recalls, “In 1986, while shooting for Sindoor, the heroine Neelam Kothari was staying in the same hotel as Sridevi. Neelam was a great fan and wanted to meet her, but was apprehensive about approaching an established star like Sridevi.

“Finally, when she took courage and entered her room, Sridevi got up to receive and welcome her, commented on Neelam’s lustrous hair and they became instant friends.”

In an industry where women beyond a certain age struggle to find roles, a 50-plus Sridevi proved she still had it in her when she carried two films – her “comeback” vehicle English Vinglish and last year’s Mom – on her shoulders.

The 2012 film English Vinglish marked her return to films 15 years after the 1997 movie Judaai. And what a comeback it was – playing the role of a traditional Indian housewife’s struggle with the English language in the US, she was simply outstanding.

In real life, she was indeed a “purely traditional housewife – a great mother and perfect host for guests at home,” says Ghai.

A mother of two daughters, Janhvi and Khushi, whom she had with husband Boney Kapoor, Sridevi was as doting as a mom could get. She was excited for Janhvi’s upcoming debut Dhadak, just months away from its release.

Confident of the upbringing she gave her daughters, Sridevi said, “Janhvi has chosen this path and profession, and I have been in this industry for long. So I am mentally more prepared than her. She has been watching me, and knows what she is getting into.

“Nothing is going to be a cakewalk in any profession. So you have to work hard, and there will be challenges. I’m sure she is ready for it.”

And to cite the unpredictability of life, who knew Sridevi wouldn’t be there to see her daughter take baby steps into a world where she was the uncrowned queen for so many years.