Shows with a desi connection to binge-watch this April

A round-up of upcoming Netflix and Amazon Prime offerings to stream while social distancing. 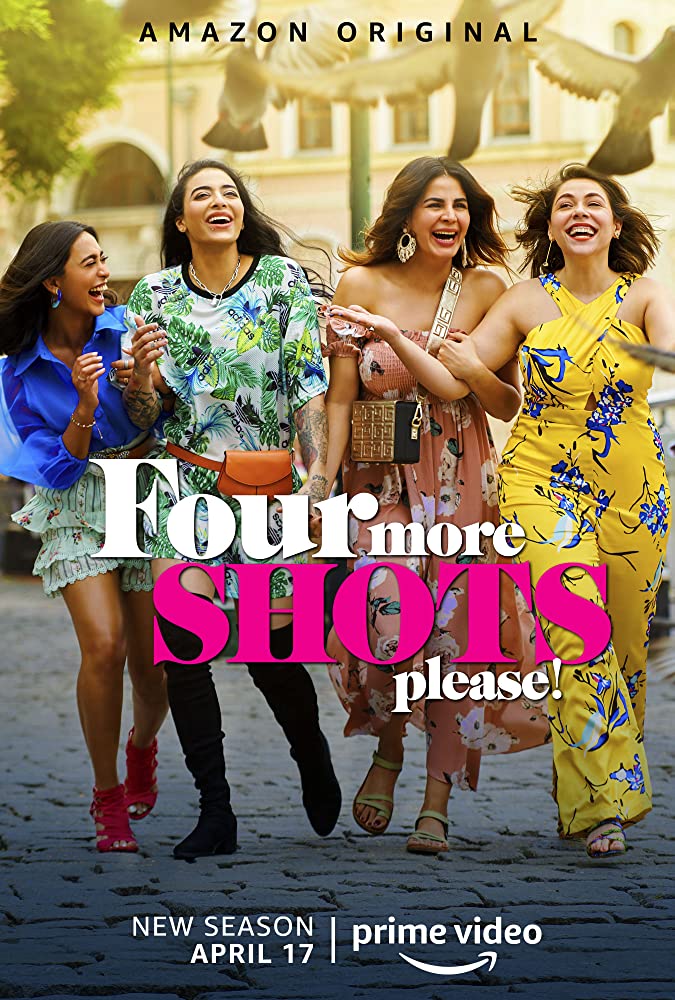 Starring former MTV VJ Bani, Sayani Gupta, Kirti Kulhari (of Pink fame) and Maanvi Gagroo, Four More Shots Please! is Amazon Prime’s first all-women protagonist Indian original series. It chronicles the lives of women in their early 20s and 30s as they manoeuvre life, love and friendship in Mumbai.  It’s even been touted as the Indian answer to Sex and the City. While it has its try-hard moments, Four More Shots Please! has generally been well-received for narrating the stories of millennial women.

Season 2 is set to release on 17 April. Happy binge-watching..

In this Hollywood action thriller, Chris Hemsworth is Tyler Rake, a black-market mercenary with nothing to lose. Hemsworth is joined by a capable cast of actors including David Harbour from Strangers Things and Bollywood’s own Randeep Hooda and Manoj Bajpayee. Parts of the film were also shot in Ahmedabad and Mumbai – remember those viral clips last year of Chris Hemsworth surrounded by a mob of Indian fans?

Extraction is slated to release on 24 April.

Having already released a comedy special on Amazon Prime back in 2017, Indian comedian and actor Kanan Gill is all set to make his Netflix debut. With this, he joins a talented group of Indian comedians with Netflix specials such as Vir Das and Aditi Mittal. In Yours Sincerely, Kanan Gill, the comedian revisits a list of goals that he had written as a teenager and reports back on how he’s fared.

The Netflix special is set to release on 24 April.

Never Have I Ever   (Netflix)

Produced by Mindy Kaling, a formidable comedy writer known for shows like The Office and The Mindy Project, Never Have I Ever is a coming-of-age comedy loosely based on Kaling’s own childhood as a first generation American in Massachusetts. Early last year, Kaling had famously posted an open audition call on her Instagram, calling for actors of Indian descent. The part ultimately went to newcomer Maitreyi Ramakrishnan who plays Devi, a teenager who just wants to be popular.

Never Have I Ever is set to release on 27April.

READ ALSO: Binge-watch in the time of social distancing