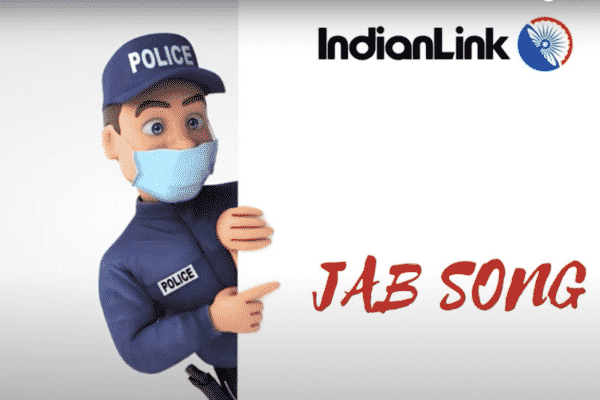 You’ve all probably seen it by now.

“It’s catchy and good hearted,” wrote Natalie Ward, NSW Minister for multiculturalism, adding, “It effectively conveys the vital message… about the importance of being vaccinated.”

“How good is this,” wrote Jodi McKay, Strathfield MP.  “So impressive and so important.”

They were each talking about the Bollywood-inspired Jab Song created by Indian Link Radio that has now gone viral. 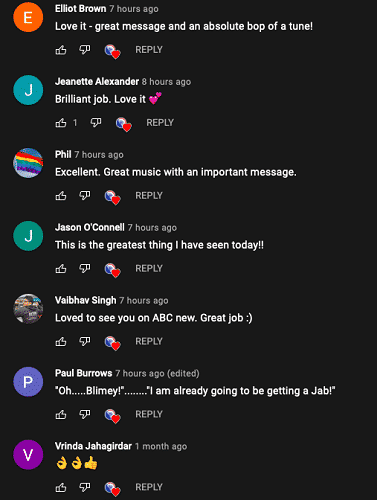 Jab Song was first aired on Indian Link Radio as a public service announcement on 31 July, and has been played daily ever since. This week though, it broke the community barrier, after three different ABC Radio programs showed interest, followed by a full airing on ABC News.

Presenter Joe O’Brien giggled through the introduction to the clip, but agreed with Indian Link’s Pawan Luthra who said, “It’s a fun way to get a serious message through.”

Jab Song is a parody of well-known Bollywood hit London Thumakda (All of London dances) – a number that most Indians on this planet will recognise. In Indian Link’s version, London Thumakda became Aussie Thumakda. A dancing policeman and a PPE-clad medico set the mood early on, and by the time the virus-figures scurry off to various corners of the screen, you’re dissolving in splits.

Channel 9 came calling almost immediately, and then it all took off on Tiktok.

It all started a bit more seriously of course.

As the Delta variant lurked, too close for comfort and causing yet another lockdown, a vaccination campaign was launched at Indian Link called Mission Jab. A multipronged approach was charted out, involving vaccines selfies, messages from influencers, and messages from health practitioners in India who had seen the pandemic up close.

The radio arm of Indian Link was tasked with creating a jingle to spread the message of vaccination.

“The idea of a parody came up, and we began working with popular dance numbers,” described Ekta. “Different lyrics were created for our shortlisted numbers, and we began to record. In the end, nothing worked like London Thumakda.”

Chetan chimed in, “Yes I think we picked a number that resonates with Indian listeners. It wasn’t ideal, though, to be working virtually, given we are in lockdown. It was a challenge to match scale and pitch as we recorded separately and then put it all together. I’m quite proud of it!”

With the video thrown in, the process was seven days from woe to go.

“Chetan and I both felt good as soon as we put it together,” Ekta revealed. “But we didn’t expect it to go viral. It was a PSA for radio as far as we were concerned!”

The large uptake on social media in recent days, Pawan Luthra observed, is perhaps not coincidental.

“Although it’s been around for weeks now, perhaps the timing was right this week,” Pawan said. “We’re all over this lockdown and in need of a bit of light relief. Plus vaccination rates are on the up, and we’re seeing light at the end of the tunnel.”

Comments on social media continue to entertain the Indian Link team daily, coming in from India, Dubai, NZ, US and UK.

“Early comments do include a few not-so-nice ones, such as why make a policeman dance like that? Especially, I suppose, at a time when policemen were not exactly the flavour of the month, particularly in Western Sydney. But Joe O’Brien’s specific pointing out of the policeman’s ability to shake a hip, has now changed that!”

Oh well, as one social media user pointed out, “Anything to get the message out, right?” 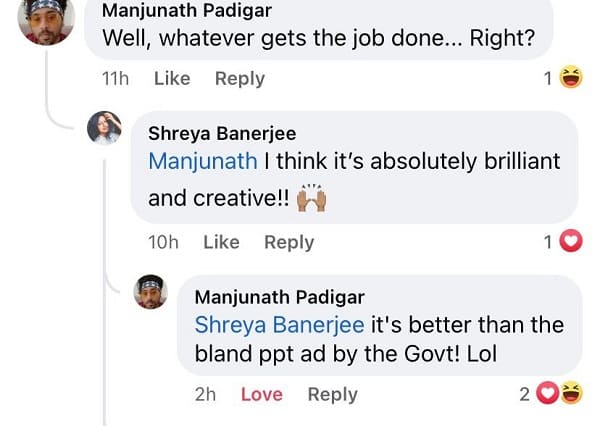 Vaccine messaging to multicultural communities has been a much-discussed topic, but  little action has followed, sadly.

Government messaging was restricted to social media, perhaps not the best avenue as it is wide open to anti-vaxxers who jump on and cause further confusion to those already in hesitation. Traditional media is better suited to this kind of messaging, and not only because it lives around the house for days on end.

Community leaders have come on to spread the message, but only much later in the piece.

The ‘Arm yourself’ ads famously did not translate to multicultural communities and in-language ads were so literal that they have been described as ‘laughable’.

The ads in Hindi, as a case in point, are painstakingly translated and would be fantastic as literary documents, just not as messages urging people towards health measures in a pandemic. Here’s a sample of words and phrases that appear in the government ‘tathya patra’ (fact sheets):

Perhaps social and cultural perspectives could be more relevant.

In this regard, it is heartening to see the Victorian Government’s announcement this week of $2 million towards health messaging in multicultural communities. Particularly noteworthy here is the $100,000 put aside for communities to create and deliver their own public health information in a manner that targets their audience directly.

READ ALSO: Vaccine passports in Australia: how will they work?