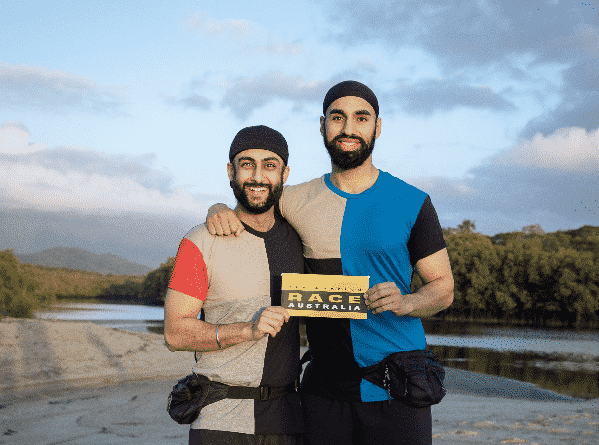 “What did we have to lose?” says Amazing Race Australia contestant Jaskirat Dhingra with a grin.

Jaskirat and his partner Anurag Sobti star in Channel Ten’s latest iteration of the travel-based reality show that kicks off today, 1 Feb.

They are one of fourteen pairs competing – travelling not internationally this season, thanks to the pandemic, but within Australia. The challenges though, Channel Ten informs us, will be “heart-stopping and stomach-churning” as usual, with the grand prize set at $250,000.

Jaskirat and Anurag Sobti claim to have “always been big fans of the race,” having contemplated applying on multiple occasions in the years past. Surprisingly, the one thing that pushed them toward following through, was the pandemic. What better way to indulge their travel bug, for these two adrenaline junkies.

The pair have already travelled the world together – from around Australia to Vietnam and Peru – with every trip only resulting in the growth of their adventurous sides.

Asked about their moments of truth during the course of the race, Anurag replies, “We kept going back to all of our travels. We said to ourselves, we survived the Inca trail, if we keep hammering through this, we will get to the end.”

The root of this behaviour, Jaskirat adds, can also be traced back to the very same Peru trip. On a particularly challenging day, when they had to climb “up and up and up and up,” the two of them decided to turn their struggles into positivity and make the most of their situation. “We turned it into a competitive game, by setting goals and racing each other up the mountain.”

Anurag says it was a “no-brainer” that they would pick each other as partners for the Amazing Race.

The spirited 29-year-olds met at a Sikh youth camp a decade ago, forming an immediate connection. Their friendship blossomed into one where they have experienced challenging situations together, and know how to get each other through it.

Of course, they’ll stand out in the show as Sikhs, even though the cast this time round is suitably multicultural – with Indigenous Australians, Pacific Islanders, Filipinos, Sudanese, even a Nigerian prince of sorts.

He adds, though, “Yes, we do want to spread the message of Sikhs on the front pages of newspapers, of successful Sikhs out in the world.” 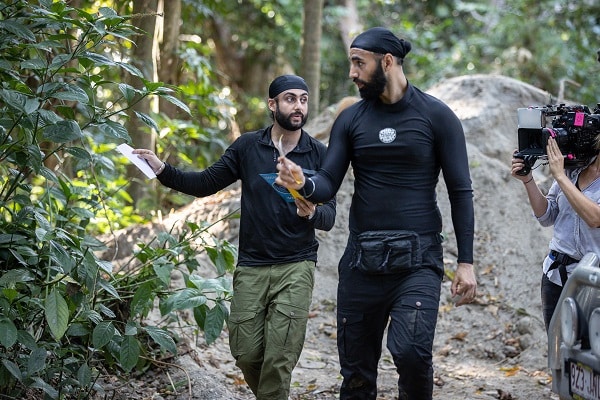 On the other side, the most important message they want to send out to Australian Sikh youth – all Australian youth – is to do whatever you want, and live every day to the fullest.

No doubt the duo kept this positive, buoyant attitude (a mindset in Sikhism called charhdi kala) throughout the experience, one they’ve dubbed “an adventure of a lifetime around our beautiful country.”

Jaskirat and Anurag are notably the first Indians contestants to participate in Amazing Race Australia. What would they like to do with the prize money, were they to win it?

“All my grandparents, and my extended family, are in India,” says Jaskirat. “I really miss them and would like to see them as soon as borders open, to make sure that everyone is safe.”

Of course, they’ve got another cheeky reason to travel back.

“I miss authentic Indian food. I don’t know what I wouldn’t give to go out into the streets, explore, and eat some gol gappe and chaat.”