An Indian-origin candidate’s campaign in Queensland has descended into chaos after the Australian Electoral Commission (AEC) referred him to the Australian Federal Police (AFP) for an electoral fraud investigation.

The Liberal party candidate of Indian-origin from Queensland, Vivian Lobo, is vying for the country’s most marginal seat of Lilley, currently held by Labor with a 0.6 per cent margin. The political newcomer was a last-minute replacement after the original candidate announced by the party withdrew in March 2022.

Mr Lobo’s LinkedIn profile shows that he is originally from Bengaluru, India and moved to Brisbane as a student in 2010. He is currently pursuing PhD with Torrens University and is employed as an administrative manager with a higher education provider, as per his LinkedIn.

In its statement, the AEC expressed concerns that Mr Lobo may have provided false information on his nomination forms about his residential address. Although a candidate is not required to live locally in the electorate they are nominating for, it is often considered a political liability to be living elsewhere. However, registering a false address is classified by the AEC as ‘enrolment fraud’ and carries a penalty of up to 12 months imprisonment. Mr Lobo’s alleged false declaration was exposed through an investigation by The Australian published two days ago and has attracted high profile media attention since then. The Australian published pictures of an ‘abandoned, unfurnished and dilapidated house’ in Everton Park which was listed on the nomination forms as the candidate’s current address. Neighbours reportedly confirmed that no one lived at the home for at least a year.

Several days before the media expose, Mr Lobo claimed in a Facebook response to a voter that he had been living in the electorate.  Contradicting this claim, The Australian published photographs of Mr Lobo leaving for work from his “actual home” in the neighbouring Queensland electorate, Windsor.

On 6 May, the Indian-origin candidate appears to have changed his account in a brief response posted to his Facebook page stating that he had signed a lease for the Everton Park address listed on his forms and intends to move into the property at an unspecified date. Media reports since then indicate that he hasn’t moved into the address yet. There has been no further social media activity by the candidate since his last statement on Facebook and no public response has been provided to the AEC’s statement today.

Mr Lobo is the second Liberal party candidate to be referred to the AFP for investigation over enrolment fraud, after Mr Robbie Beaton who was nominated for the Division of Isaacs in Victoria. Three other candidates (two independents and a One Nation candidate) are also facing investigations over enrolment irregularities. 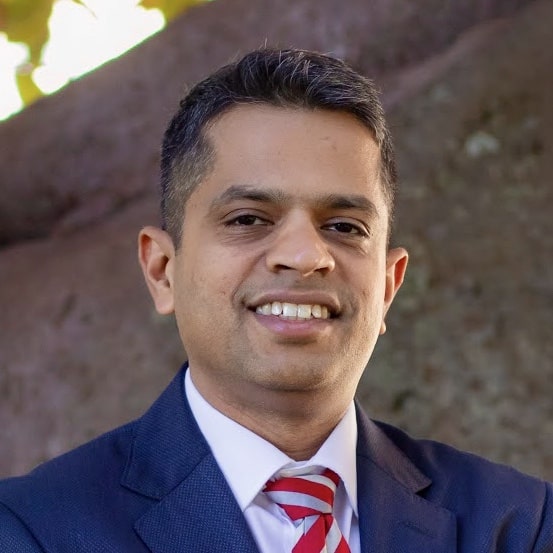